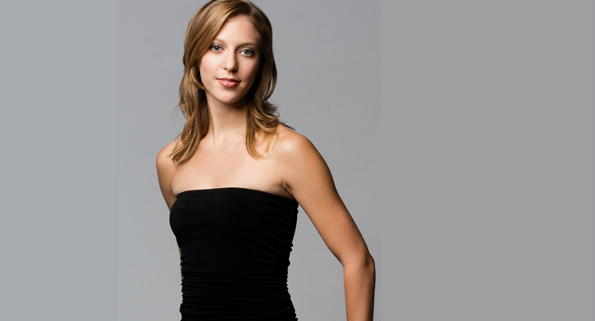 At this year’s Australian Dance Awards in June, Australian Ballet Senior Artist Lana Jones scooped the award of Outstanding Performance by a Female Dancer, for her role in Firebird. No stranger to taking home the big accolades, she also has a Green Room Award, two Helpmann Awards and the Telstra Ballet Dancer Award under her waistband. It would seem this ballerina is unstoppable.

Not surprisingly, Lana has always dreamt of dancing with the Australian Ballet, since beginning her training at the Canberra Youth Ballet School. I ask her what she’d say if she were to meet her ten year-old self. “I’d probably be annoyed at her and think ‘oh my gosh’, you’re an over-ambitious little thing,” Lana laughs.

That ambitiousness is certainly paying off. “I’ve had so many amazing experiences and opportunities with this company. Just recently I went to London to the Royal Ballet for a month on scholarship and that really made me appreciate what I’ve got here, and the opportunities I’ve had and how much I’ve been able to experience all across the board – ballet and contemporary”.

She names 2009’s Firebird, and creating the title role with choreographer Graeme Murphy and creative associate Janet Vernon, as one of the highlights in what has so far been an incredible career. Being handpicked by such artistic heavyweights is a dream challenge for a dancer, and as anyone who saw the resulting performances would agree, one that Lana conquered.  Immersing herself 110 per cent in physicality and character, she brought a combination of fragility, magic and raw power to the role. It is no wonder the Australian Dance Awards panel named it the Outstanding Performance.

Another of her career highlights has been dancing Swanhilda in this year’s revival of Coppelia. “I danced with my husband [fellow Senior Artist, Daniel Gaudiello]. That was pretty special. I think I’ll always remember that moment”.

Having her ‘soul mate’ with her at work helps to make up for the hardest part of Lana’s job: “Ballet is very committed, you can’t half do it, you have to give it your whole self, so sometimes you might miss out on family obligations and events. You can’t always be a good family member and be in a ballet company”.

It’s hard to imagine someone so accomplished having off-days, but Lana assures me she has them.

“Sometimes I’m really nervous in the wings and I step out on stage and I can find the calmness and serenity that I’m looking for, and other times it’s freaky, because it’s all going wrong. If I’m nervous before a show, whatever I’m doing I really play it down and think simply about it. I go home, walk the dogs, carry on my normal life and try not to put too much pressure on myself , even though I do”.

So having landed and excelled in her dream job with several major dance awards, what’s still on the wish list for Lana Jones?

“I definitely want to do Giselle, Juliet and Manon, they’re the big ones at the moment. And William Forsythe’s In The Middle, Somewhat Elevated –  that would be cool.”

The good news for her fans is that the passion and ambition that once drove ten-year old Lana will continue for years to come. So, what would she say to, for instance, to her eighteen year-old self? “Still, I’d probably say, just be patient, don’t fret,  it will happen”. And, present day, accomplished twenty-seven year old Lana Jones would be right.

My favourite tutu is…. The Rose Fairy in Peter Wright’s The Nutcracker

My ultimate role to dance would be… Manon

The last show I saw was… The King and I

My favourite choreographic process has been with…. Wayne McGregor