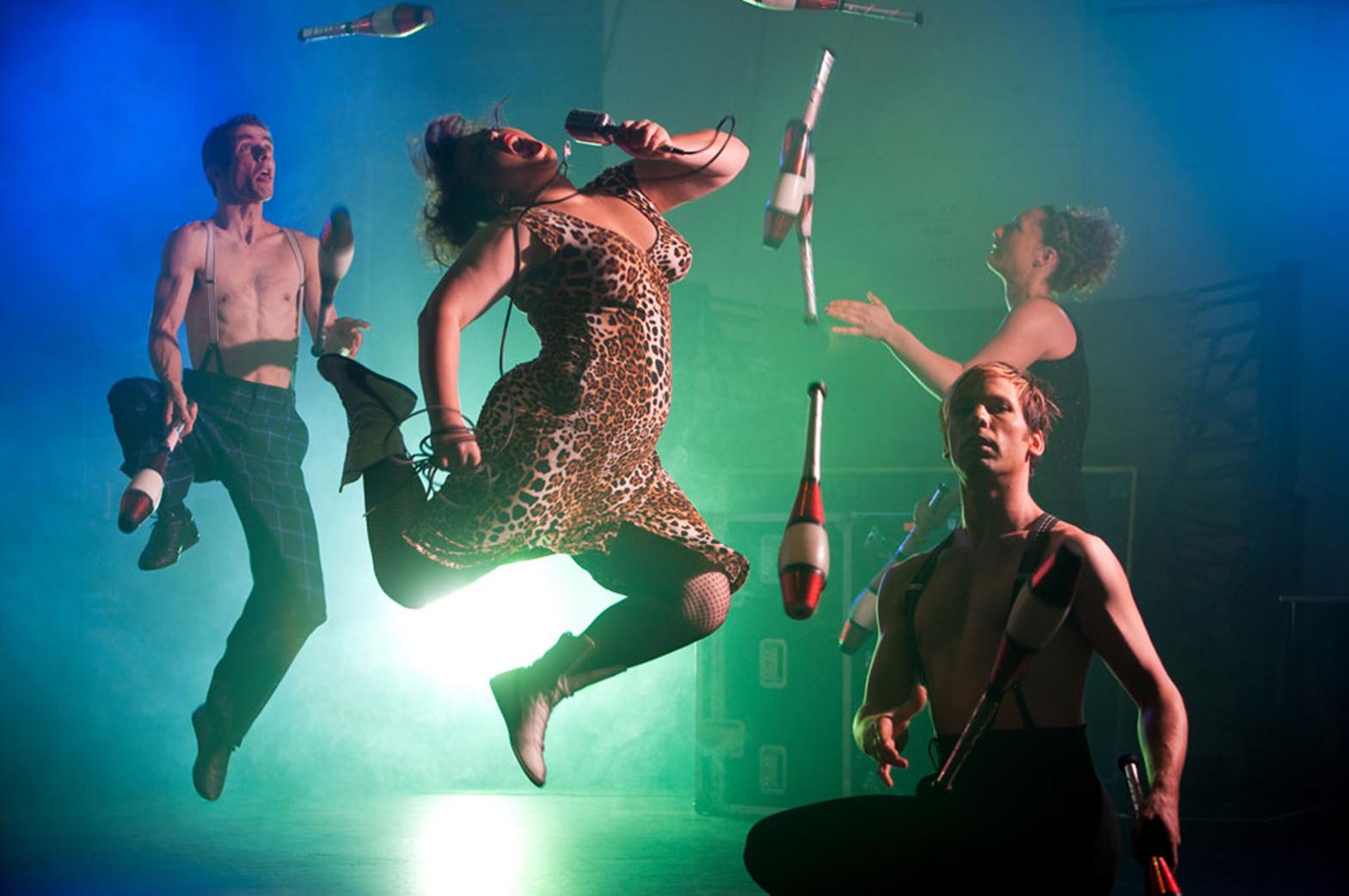 Circus Oz is wacky, sexy, hilarious… and old school! With not a shiny lycra unitard in sight, and a motley crew of eccentric characters, it has the raw, grungy feel of a Victorian circus.

Carefully crafted to appear haphazard and a bit bungled, there’s nothing raw about the work that’s gone into this show. The performers are world class, from amazing foot-juggling Hazel Bock and brilliantly bumbling magician Jeremy Davies, to gorgeous Rowan Heydon-White, balancing not one but two men on her shoulders.

The show, led by voluptuous ring-leader Sarah Ward, is enhanced by a clunky brass band reminiscent of Fosse’s Cabaret. Divides between acrobat and musician are dissolved as everyone in the show plays at least some of the music. The assorted instruments continue the kooky Steampunk style of the show: I don’t know the technical term for a tiny piano with organ pipes mounted on a tricycle, but it’s creepy-cool and I want one!

The Roller Disco was a favourite of the night, and continued the slapstick, faux-amateur theme. Other highlights included the trampolining kangaroos, eleven people on a bicycle and the “senior citizens’ hour of power”.

I found myself grinning like a child through most of the performance. This is a show rich in comedy as well as mind-blowing skill. The characters are loveable and there’s a down-to-earth, truly Aussie flavour to the non-gloss finish. I was surprised to see so many empty seats and made to wonder if we’ve been choosing Cirque du Soleil over Circus Oz. If that sounds like you, do yourself a favour and go see the local show. You won’t regret it.