Have you ever dreamt of dancing with the Royal Ballet? That dream just became a reality for dancers Emily Smith and Zoe Roberts. Both girls, who study at the Tanya Pearson Classical Coaching Academy in Sydney, were recently accepted into the Royal Ballet School’s final year programme, to commence in September.

“I couldn’t believe it!” says Zoe. “It still seems so surreal. I was over the moon, I can’t even describe how excited I was, because in all honesty, I never ever in a million years thought I’d be accepted let alone into third year! I just went along to the audition for experience. I was also thinking how proud it would make my mum. She is an ex-dancer from the Australian Ballet and has always been so supportive and helpful. I am so excited that I’m going to be living in London, it’s such a beautiful city!” 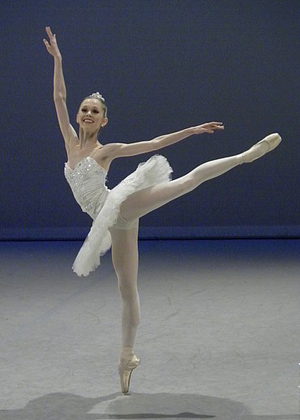 Zoe received her offer after completing an audition tour earlier this year. Along with her classmates, she travelled through Germany, Holland, Czech Republic, Switzerland, Austria, and England, auditioning everywhere, including the Royal Ballet School. Incredibly, Zoe was offered a place at every school for which she auditioned.

Emily’s offer, on the other hand, followed successful appearances at the Youth American Grand Prix in 2008, the Genée International Ballet Competition in Singapore and the Prix de Lausanne in Switzerland.

“I was at the Prix de Lausanne when I found out,” says Emily. “I was so excited, it was literally a dream come true! The first thing I wanted to do was to ring my parents. I couldn’t wait for a reasonable time to call them, considering the 10-hour time difference, so they got woken at 2:30 in the morning, but they didn’t mind the slightest. They were just as thrilled as I was!”

There is no question these girls are blessed with natural talent. However, they stress that their good fortune has come after years of hard work. “Ballet is such a disciplined art form,” Emily explains, “you have to be so motivated and dedicated. I think that’s why I love it so much. The perfectionist in me truly comes out. We’ve probably done 10 thousand demi plies and battements tendus in our life time, but we still come in everyday trying to perfect them that much more. There is always room for improvement.”

Emily’s typical day begins at 9:15 in the morning.  First she warms up with a one and a quarter hour limbering class, which is followed by a one and a half hour ballet class. After this comes an hour of variations, then lunch and finally one and half hours devoted to a coaching, character, contemporary class, or rehearsals.

Zoe’s day is similar, but also involves a private lesson, physio and pilates course or another ballet class, after hours. Both girls underwent extra preparation for competitions. “I’ve never cared about competition results,” says Zoe, who competed at the Genée International Ballet Competition, The Sydney Eisteddfod McDonalds Challenge and Society of Dance Arts. She will also appear at this year’s Youth America Grand Prix. “I just really enjoy the preparation process. It requires intensive coaching on variations and I like having goals and new challenges to work for.” 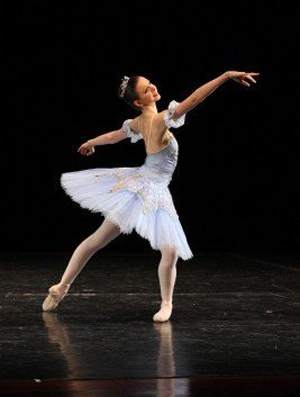 Despite the numerous sacrifices the girls have made for their future careers, they insist it has been worth it. “I love being able to make people think what we do is easy, because only I will ever know how much hard work and effort went into achieving that,” says Emily.

“In saying that, it truly is very hard work and at times it has you question whether it’s worth it, but then you’re given the opportunity to perform on stage in front of an audience and you’re reminded why you are doing it. I love being able to tell a story without words through the emotions and body language I portray. If I manage to reach at least one person, it is so satisfying.”

Zoe agrees. “It’s hard to explain in words. I suppose the music inspires me to move. My favourite thing about ballet is how we can express what the music is saying using our bodies. I also love technique, learning about the anatomy of my body and how I can most correctly and efficiently work to coordinate my muscles.”

“I love how you can build beautiful lines with your body. I love the aesthetics of ballet and how nothing is impossible if you are prepared to work hard enough. I was a late starter at the age of twelve, so I’ve had to do a lot of hard work just to catch up.”

How gratifying then to see the work pay off. So what advice do the young dancers have for others wishing to follow in her footsteps?

For Emily too, it’s all about putting in the hard yards. “My advice would be work hard every day in every class. Never allow yourself to ‘slack’ off. Be motivated to spend time by yourself in front of the mirror, perfecting all the little things. However, be sure to have a healthy balance in your life between the hours you spend doing ballet and the amount of downtime you get. It is important to find time to relax and have fun regularly, whether that’s spending time with friends, seeing a movie, going to the beach or having a massage. It helps rejuvenate your body and keep you sane!”

Congratulations Zoe and Emily on your amazing achievements. Good luck for your final year at the RBS. There’s no doubt we’ll be hearing more about you both in the near future!

Very top photo: Zoe, in white, at the barre.