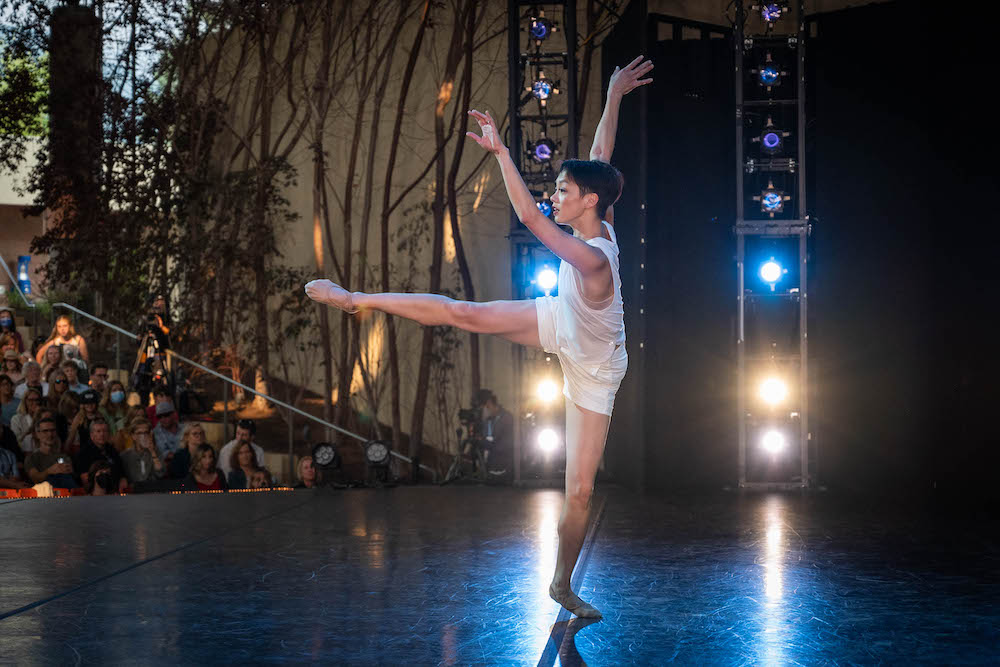 The 33rd annual Vail Dance Festival, scheduled to take place July 29 through August 9, in Vail, Colorado, will welcome dancer and choreographer Caili Quan and dancer Roman Mejia as the season’s honorary Artists-in-Residence. Mejia, a face familiar to Vail audiences since making his debut at the Festival in 2017, was recently promoted to soloist at New York City Ballet (NYCB) in October 2021. He will be the youngest Artist-in-Residence in the Festival’s history at the age of 22. Joining Mejia in this recognition will also be New York-based dancer and choreographer Quan, a former dancer of BalletX. Among other new work each artist will undertake, Quan will create a new dance for Mejia, which will make its world premiere as a featured part of the Festival’s 2022 programming.

Established in 1989 and held each July-August, the Vail Dance Festival makes Colorado’s Vail Valley one of the top summer dance destinations in the world. Hosted by the nonprofit Vail Valley Foundation, and led by Artistic Director Damian Woetzel, the internationally renowned event brings a wide range of extraordinary dancers and musicians to Vail and features new works, collaborations, education initiatives, free community events and a host of programs that welcome all to enjoy the world of dance. The distinguished title of Artist-in-Residence each season recognizes the extraordinary talents and trajectory of fast-rising stars of dance representing a vast spectrum of genres. Past honorees have included such dance luminaries as Tiler Peck, Lil Buck, Robbie Fairchild, Lauren Lovette, Calvin Royall III and more. Artists-in-Residence engage throughout the Festival in an intense range of performance and choreographic opportunities, aimed at fostering collaboration and creativity across genres and styles, as well as in educational and community building events.

“My association with Roman and Caili goes back several years as I have watched them both flourish in their own beautiful and unique ways,” said Woetzel. “Now, as Artists-in-Residence of the 2022 Festival, I am excited to work closely with both of these dynamic artists to fashion new creative opportunities uniquely tailored to their brilliant talents.”

Mejia was born in Fort Worth, Texas, and began studying ballet at age three with his mother and father, both former professional ballet dancers themselves. At age 13, he entered the Mejia Ballet Academy of Ft. Worth and later joined the School of American Ballet, NYCB’s official school, full-time in 2015. In August 2017, he became an apprentice with NYCB before joining the Company as a member of the corps de ballet in November of that same year. Mejia was recently promoted to the rank of soloist in October 2021, and as Artist-in-Residence in Vail, Mejia will dance in multiple works throughout the duration of the festival, including classical ballet role debuts and newly commissioned works.

Quan, a Creative Associate at The Juilliard School, danced with Philadelphia’s BalletX from 2013 to 2020, and is now a prolific and highly sought-after choreographer based in New York City. She has created works for BalletX, The Juilliard School, Nashville Ballet, Owen/Cox Dance Group, Princeton University, Columbia Ballet Collaborative, Ballet Academy East and recently for DanceAspen. She served as an Artistic Partnership Initiative Fellow and a Toulmin Creator at The Center for Ballet and the Arts at New York University. With BalletX she performed new works by Matthew Neenan, Nicolo Fonte, Gabrielle Lamb, Penny Saunders, Trey McIntyre, and danced at Jacob’s Pillow Dance Festival, Vail Dance Festival, Belgrade Dance Festival and DEMO by Damian Woetzel at the Kennedy Center. Mahålang, a short documentary that wove familial conversations of her Chamorro Filipino upbringing in Guam with scenes from BalletX’s Love Letter, was accepted into the Hawai’i International Film Festival, CAAMFest and the Dance on Camera Festival at Lincoln Center.

Further details about the rest of the 2022 Vail Dance Festival season will be announced later this spring. Tickets will go on sale to the public on April 18 at vaildance.org or through the Box Office by phone at 970-845-TIXS (8497). For more information, visit vaildance.org.