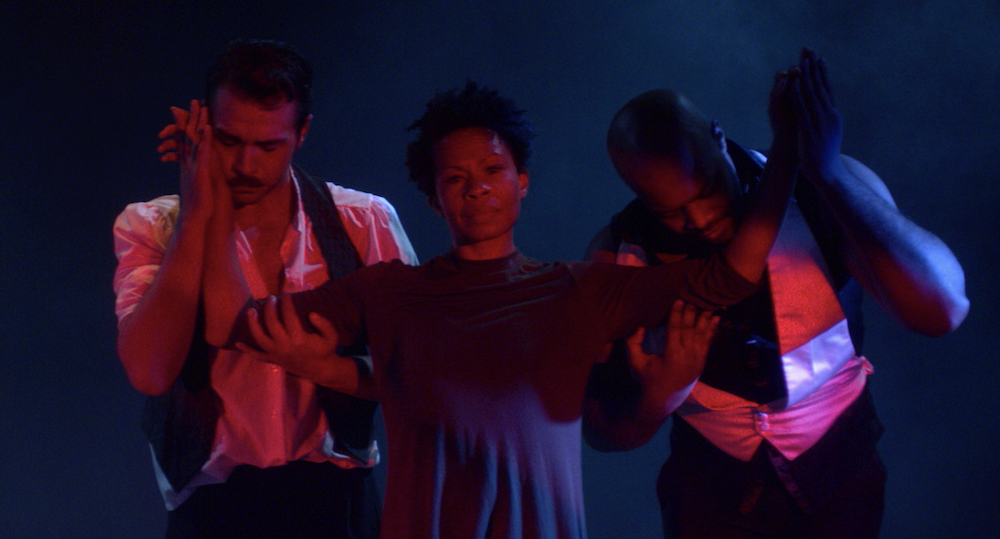 Dance Films Association and Film at Lincoln Center have announced the complete lineup for the 50th edition of the Dance on Camera Festival, running February 11-14. The 50th Dance on Camera Festival will be presented in person at the Walter Reade Theater at Film at Lincoln Center, marking the festival’s return to fully in-person programming. The longest-running dance film festival in the world received submissions from more than 37 countries, and it will feature nine ticketed programs and over 32 films during the four-day festival.

“This year’s Dance on Camera Festival not only honors the festival’s half-century history but also looks forward to the vast artistic potential of the festival’s future,” said Co-Curator Liz Wolff. “This year, we’ll spotlight emerging artists from around the globe.”

The festival opens with the world premiere of Turkish filmmaker Ebru Şeremetli’s thought-provoking and dynamic feature, The Moment Remains. “I am very honored to have my film serve as the opening feature presentation to Dance on Camera’s 50thanniversary celebration. The idea of sharing this work in person with such a global and diverse audience is thrilling,” said Şeremetli. “As an emerging filmmaker myself, it is even more special knowing my work is associated with a festival that is both historically rich and dedicated to supporting artists of the future.”

The four-day festival will continue with a plethora of programs that include both short and feature-length films that will take audiences on a journey around the globe. Festivalgoers will experience perspectives from the coastal landscapes of France to the Australian plains to the bustling cities of Korea to the varied terrains of North America. “It’s a delight to be able to share the countless unique and inspiring stories, such as Firestarter – The Story of Bangarra and Folds of Wind, locally with our audiences in New York,” noted Co-Curator Nolini Barretto. “We look forward to also being able to share these diverse stories in person in New York City.”

Reflecting on the rich history of dance films, Dance on Camera Festival will close with a celebration of the 50th anniversary of Cabaret. Bob Fosse’s film adaptation of the Broadway stage musical not only set a precedent for the future of dance films but also won eight Academy Awards. “We are excited to present Fosse’s groundbreaking film, Cabaret, which is as powerful today as its release 50 years ago in 1972,” noted Dance Films Association President Ron Honsa. “We couldn’t think of a more fitting tribute to celebrate Dance on Camera’s 50th anniversary than Cabaret — a rare film and a milestone in the explosive growth of dance films. It continues to inspire filmmakers, dancers and audiences to this day.” Cabaret will be screened during the final night of the festival on 35mm film.

In addition to looking back on the past and anticipating the future, Dance on Camera 50 will also bring forth works about the contemporary cultural and social moment. Curatorial Advisor and Co-Producer Michael Trusnovec said, “It was imperative to the curation team that the festival reflects and helps audiences digest the current state of affairs in our society. With films like Jennifer Archibald and Andrew Cashin’s WeAIghT and Reed Luplau’s Places, Please, we hope to represent the profound impact that social movements, such as the Black Lives Matter movement, and the implications the pandemic have had on the arts and communities around the world.”

The interactive competition #mydancefilm returns to the 50th edition of the Dance on Camera Festival and showcases submissions from filmmakers worldwide. It will be available to the public for free in the Elinor Bunin Munroe Amphitheater at Lincoln Center on Sunday, February 13, at 5pm, as part of the festival’s Free Public Programming.

Tickets for the 50th Dance on Camera Festival go on sale Friday, January 28, at noon, and are $15; $12 for students, seniors (62+) and persons with disabilities; and $10 for Film at Lincoln Center members. Save with the discounted All-Access Pass for $79 and the discounted Student All-Access Pass for $25. For additional information regarding the festival, visit Film at Lincoln Center at filmlinc.org, Dance Films Association at dancefilms.org, and follow them on social media @filmlinc and @dancefilms.