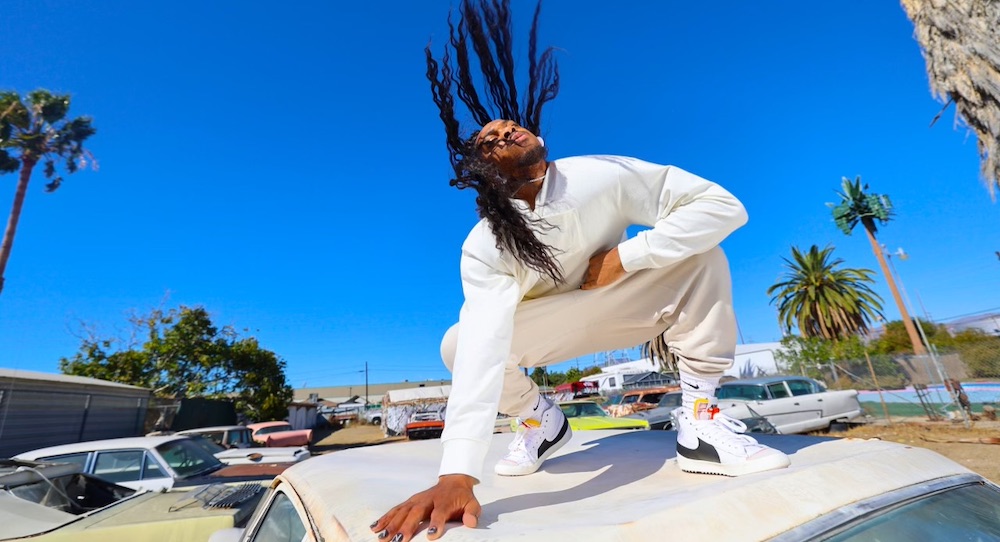 Nike is known for its innovative products, experiences and services to inspire athletes. Most recently, the brand opened its doors and welcomed the dance community, recognizing the athleticism behind the graceful movements.

Nike invited dancer/choreographer Dexter Carr to not only be featured in its #OwnTheFloor campaign but also to teach a three-part dance class on the Nike Training app.

Previously, Carr has worked with a list of artists and brands including Givenchy, Essentia Water, Kappa, Katy Perry, Tinashe, Puma, Kelly Rowland, JLO, Janet Jackson and Beyoncé, to name a few. He was also part of Broadway’s original cast of Bring it On: The Musical (national tour and Broadway) and In the Heights.

“As dancers, we train hard. We go through tireless rehearsals and put our bodies through everything they can, and it should be celebrated as such. Nike has done just that,” Carr shares with Dance Informa during a Zoom interview.

As a child, Carr not only danced but also played sports. To him, being part of a Nike campaign is a milestone moment in his career. “It’s the stuff you dream about as a kid. I’m living the dream!”

It’s a dream he isn’t taking lightly. This is the first time Nike is representing dance in a campaign, making Carr the first to be representing dance through Nike on such a large scale. “It’s a huge responsibility and a huge honor,” he says. “I’m so happy dance is being appreciated and I’m so happy dance is being noticed, and I’m so happy we have been loud enough for all of this time to finally get noticed and compensated by this huge brand. This is just the start of future things to come for dance. It feels great to be part of it.”

According to Carr, Nike made it a point to learn as much as possible about dance as the company prepared this campaign to make sure it was capturing the life of a dancer as best as it could.

“Let’s be real, we’ve all seen those campaigns brands do when they want a dancer, but they don’t hire a dancer,” Carr notes. “It was such a collaborative process. They were so aware and wanted to learn. It wasn’t just the cookie cutter conversations about how dance is great. They wanted to know all about it and asked me about what it’s really like — the rehearsals and the auditions and the shady side. It’s nice when a brand or company really wants to know the ins and outs of what you do so they can show it in its best and truest light.”

Carr was invited to teach a dance class through the Nike Training app, which is free to download. There are three beginner-level classes to take, all about 20 minutes in length. Each class includes a warm-up, as well as two counts of eight of choreography. The three classes together make up a full dance combination. There is a mirror mode to help participants learn, as well as easier options for choreography if a step may be too difficult to do.

“It’s awesome for people who don’t dance at all because you get to learn a little bit, live in it and then go away,” Carr explains.

Although it’s a beginner class, Carr hopes these classes open the minds of non-dancers as to how much work goes into being a dancer.

“Dance has always been thought of as something easy and fun, because we make it look easy and fun. I’m ready for the world to see what it’s really like and why we train as hard as we do,” he shares.

For those who like taking Carr’s class on the app, it doesn’t have to stop there. Although he regularly teaches classes at Playground LA, he knows not everyone will have the opportunity to fly to L.A. to take classes from him, so he’s proud to announce his OUTLET by Dexter Neon Tour! Take class from Dexter in a city near you in 2022.

In the near future, he will also be gracing television screens in an upcoming dance reality show that is being produced by BRON Studios.

To learn more about Dexter and stay up-to-date on what’s coming up next in his career, you can follow him on Instagram and Tik Tok (@dextercarr), and subscribe to his YouTube channel. He also has his own dance community, OUTLET by Dexter, where he offers tutorials, merchandise and more.