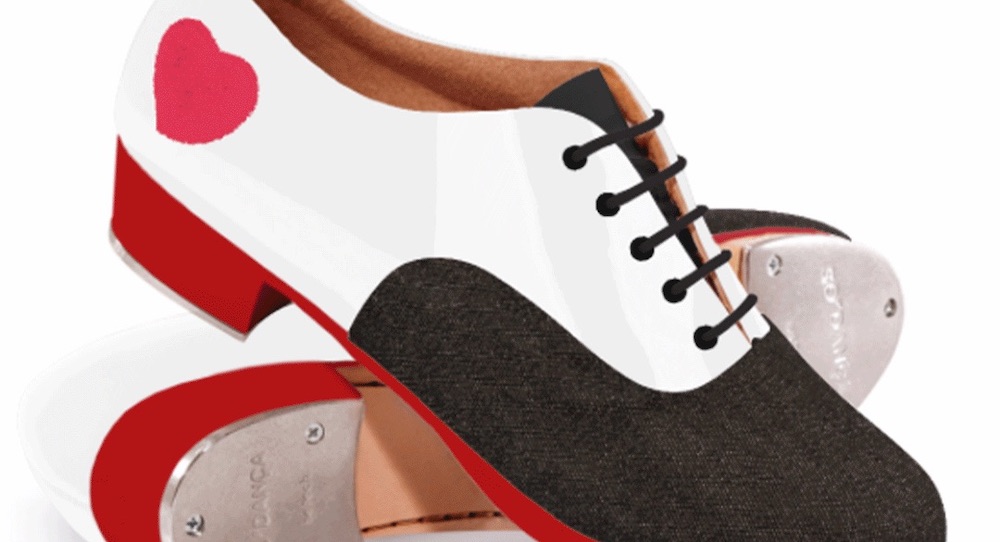 Originality. Creativity. Innovation. These are just some of the things artists strive to uphold to set themselves apart. Dancers aren’t strangers to the beauty of customizing their own solo costume to set them apart from other competitors or a showstopping performance costume which a seamstress can bring to life. There is a beauty that comes with owning a costume or even a piece of clothing that no one else will have. The same could be said for a custom pair of sneakers, but not so much for dance shoes…until recently. What began with basic shoe colors has now evolved into a dancer’s dream as Só Dança introduces its tap shoe customizer tool. Here, we speak with Kelly McCaughey, North America sales and marketing director for Só Dança, about the process of creating this new tool.

“We’ve wanted to have this type of tool for many years, as we have always had so many options available for our pro-taps!” says McCaughey. “The catalog has been a great starting point for dancers, but it can be difficult to imagine what all the combinations look like. In past years, we’ve had tap dancers ‘cut and paste’ to visualize their dream shoes.”

Just as one has to draft what they’d imagine their dream costume would be, from what fabrics they want to mix to the accent pieces, the same could be said for Só Dança’s process as development began for the tap shoe customizer. As talks of changing platforms for its website were underway, there was also an opportune moment for introducing the tap shoe customizer as a part of the process.

McCaughey shares, “The process involved going through all of the leathers, suedes and fabrics we have available for the shoes and putting them in one place. It’s been a lot of fun seeing everything come together.”

With the excitement of creating a revolutionary way for tappers to customize their shoes came growing excitement from the tap community as well. News of the tap shoe customizer was welcomed with open arms for Só Dança ambassador Aaron Tolson as well. Besides this tool appropriately being launched on “Tap Dance Day,” Tolson explains his thoughts on the impeccable timing of this creation in this technological age.

“It’s time for this ability and technology to exist,” he says. “Everything is online nowadays, so it makes a lot of sense. The tap shoe customizer is fantastic, it’s smart, and it just makes me happy. Customization comes from watching people put it together and design it.”

The tap shoe customizer has already taken speed in the tap community as people seek to individualize their style and get accustomed to the easily accessible platform that Só Dança has created. Likewise, the change of platforms has made room for even more additions and highlighted features for tappers that will set their designs apart from others. For those who have not ventured over to Só Dança’s website, dancers are in for a treat with what they will experience when using the tap shoe customizer.

“Some highlights of the tap shoe customizer are that dancers have numerous embellishment options, including the Só Dança signature tap love heart, rivets to protect their laces,  and 11 color choices for the heel and sole,” McCaughey explains. “Additionally, there are 18 color choices for the laces and 38 color/pattern options to customize the front, the back and tongue. The Só Dança tap show customizer gives dancers the opportunity to work with their creativity and create shoes that show their personality. Until now, this was available only with athletic shoes.”

Having 14 years with Só Dança under his belt, Tolson has also reveled in the highlights that the tap shoe customizer has to offer as well. It has been a journey of discovery for him as he watched ideas being put together while also being able to point people in the right direction. Copying and pasting his design ideas and hoping for the best is now something of the past for him. There is now a solid vision for the taps he wants, and the icing on the cake is how easily accessible it is.

Tolson says, “It’s about asking, ‘Can I do a gray suede with a white sole?’ and figuring out ‘Yes, I can do that.’ Before, it was a guessing game and not being sure of what you were going to get. Being able to see it is what has affected me most. I have loved every pair I’ve gotten from Só Dança, but now there is no question. You get what you design.”

Although the tap customizer tool has gained momentum so far, this is only the beginning for what Só Dança has planned as the company strives to upgrade features to the tap shoe customizer tool. In addition to adding more features to the original pro-taps, Só Dança will also be adding its special cut styles, pro-tap boots and a forum where the tap dance community can share their designs. These upcoming features will be fuel needed to further spark creativity in the tap community with Só Dança being the pioneer.

Tolson also shares in the excitement of where the heights the tap shoe customizer will go moving forward. “This is a step in pushing the dance world forward, and Só Dança did it first. When you’re tapping, you see who that person is by how they present themselves and approach the floor. Their personality is expressed through their footwear. This tool will serve as a step forward for every dancer.”

To customize your own pair of Só Dança tap shoes, head to www.sodanca.com/collections/custom-pro-taps.