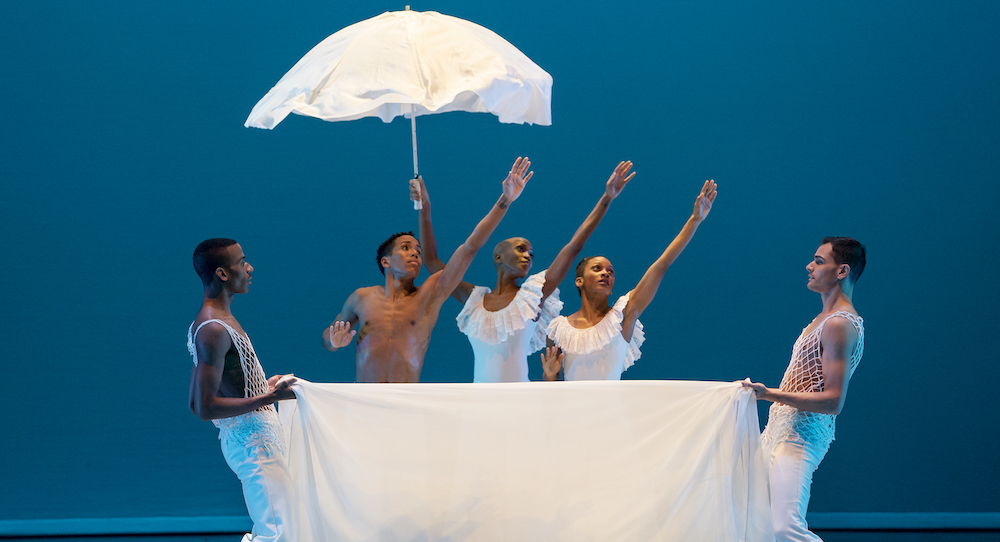 The Alvin organization announced that health concerns related to the ongoing COVID-19 pandemic will prevent Alvin Ailey American Dance Theater’s presentation of a June engagement at Lincoln Center, where the Company has performed for audiences each spring since 2013.

In order to share the Ailey spirit with people wherever they are during this unprecedented time, the organization will extend Ailey All Access programming through June. This free online initiative features streaming of a weekly series of performances of full-length works from the repertory, Ailey Extension dance and fitness classes, and original short films created by the Ailey dancers, and other especially created content. And, for the first time ever, the popular Ailey Spirit Gala will celebrate virtually on June 11.

“Alvin Ailey made ‘a way out of no way,’ overcoming obstacles at the cusp of the Civil Rights Movement to found a company celebrating his heritage that became a vital American cultural ambassador to the world,” stated Artistic Director Robert Battle. “His groundbreaking example has guided the Company to open doors and rise above hurdles in order to inspire, unite and enlighten. Especially now, we are compelled to strengthen our connections and reach out in new ways to shine a light that guides our steps forward together.”

The streaming premiere of a 2015 film of an Ailey at Lincoln Center performance will air the week of May 18, in conjunction with the new Lincoln Center at Homeportal enabling families and communities to keep the performing arts front and center.  In addition to witnessing the soul-stirring Revelations, described by The New York Times as “one of the great works of the human spirit,” this electrifying program features Wayne McGregor’s sumptuous Chroma, set to a score by Joby Talbot with orchestrations of songs by The White Stripes; Ronald K. Brown’s Grace, a powerful meeting of modern and West African dance with a soundtrack by Duke Ellington, Roy Davis and Fela Kuti; and Robert Battle’s humorous, high-flying Takademe.

In addition, Ailey company member Renaldo Maurice introduced Dancer Diaries, a new series of short films created by the dancers highlighting their individual artistry and reflections with the world. The series, which allows the dancers to open their heart through words and choreography, launched on April 20, with a video of Maurice edited by Danica Paulos.  As Artistic Director Emerita Judith Jamison expressed, “Learn the craft of knowing how to open your heart and to turn on your creativity. There is a light inside of you.” The series will be shared on Instagram, Facebook and YouTube and will continue for the duration of Ailey All Access.

Ailey All Access was launched on March 30, the 62nd anniversary of Alvin Ailey American Dance Theater’s first performance, with a streaming of Revelations and its timeless message of hope.  The program was initiated after Alvin Ailey American Dance Theater’s 21-city United States Tour was suspended in March, as it neared the halfway point, and arrangements began to re-schedule the late summer 2020 International Tour. Also, Ailey II’s spring season, along with the classes and educational programs of Ailey Extension, The Ailey School and Ailey Arts In Education, were halted. The first two weeks of Ailey All Access special video content collectively reached about 5.7 million unique viewers across 64 countries with over 2.3 million views to date on Ailey’s YouTube, Facebook and Instagram channels.

As soon as possible, the Ailey organization will return to offering a full schedule of training and educational programs and performances that inspire people in a universal celebration of the human spirit using the African-American cultural experience and the modern dance tradition. Future plans include a celebration of 60 years of Alvin Ailey’s must-see American masterpiece Revelations during Alvin Ailey American Dance Theater’s upcoming season launching on December 2, with a five-week holiday season at New York City Center, followed by a 2021 United States tour.

Ailey’s Still, We Dance campaign contributes to moving the organization forward during this uncertain time, while making it possible for Ailey to offer a variety of programming through Ailey All Access and prepare for the upcoming 2020-21 season paying tribute to six decades of Revelations.

“For six decades, Revelationshas spoken to the common humanity in us all and been a beacon as the Ailey organization has brought people together through dance,” stated Executive Director Bennett Rink. “While sweeping cancelations have resulted in significant financial losses, we continue doing everything we can to serve our community while sustaining our dedicated dancers, instructors and staff. We are grateful to all those who are helping to support and carry on Alvin Ailey’s pioneering legacy, so that it can continue to uplift us all.”