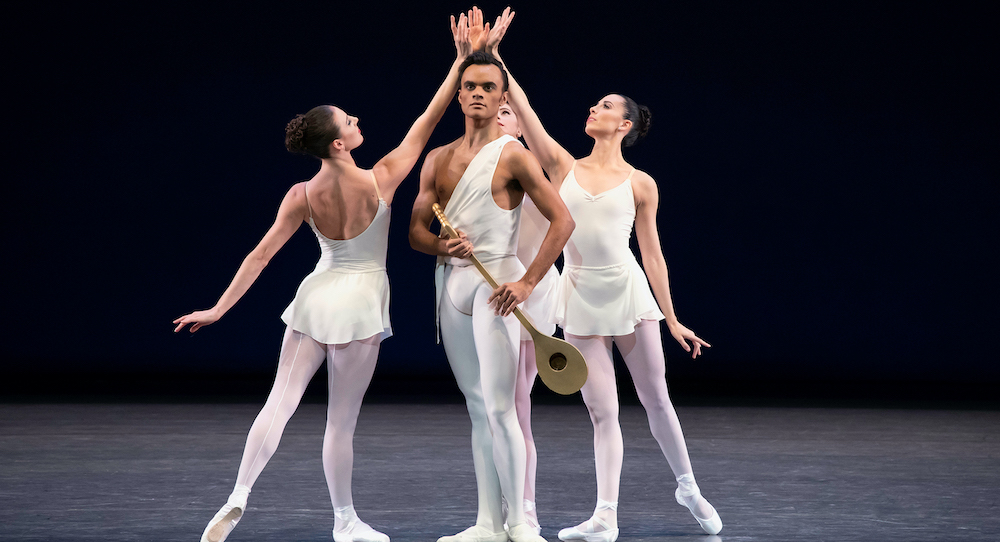 New York City Ballet (NYCB) has announced that the company will launch a digital spring season on Tuesday, April 21, the date that would have been the opening night of the company’s now cancelled 2020 spring season. The online season will continue for six weeks, with new releases of ballet performances on Tuesday and Friday evenings at 8pm (EDT), through May 29. Each program will be available free-of-charge for 72 hours on NYCB’s YouTube channel, Facebook page and website home page.

The ballets and excerpts that will be shown have been curated by NYCB Artistic Director Jonathan Stafford, Associate Artistic Director Wendy Whelan, and Resident Choreographer and Artistic Advisor Justin Peck, and will include performance footage from more than 20 ballets filmed during live performances in recent seasons at the David H. Koch Theater at Lincoln Center. Each episode will also feature an introduction by one of NYCB’s artists, including artistic staff, choreographers, dancers and musicians.

“While it was extremely disappointing to cancel our spring season performances at Lincoln Center, we are thrilled that we can offer an online selection of works from our unparalleled repertory of ballets, performed by our incredible dancers and musicians,” said Stafford. “I know that our long-time audience members will recognize many of their favorites, and I am also excited that people from around the world who have never seen the company perform live will now be able to experience our performances through this digital season.”

The first installment on Tuesday, April 21, will feature a performance of George Balanchine’s Allegro Brillante that was filmed on January 18, 2017, featuring Tiler Peck and Andrew Veyette in the principal roles, with an introduction by Stafford. Set to Tschaikovsky’s Piano Concerto No. 3, Op. 75, Balanchine once said of the work, “it contains everything I know about the classical ballet in 13 minutes.”

The second night of programming on Friday, April 24, will feature the world premiere performance of Justin Peck’s Rotunda, which took place on February 26, 2020, set to a commissioned score by composer Nico Muhly. NYCB’s most recent premiere, which features a cast of 12 dancers, Rotunda was also scheduled to be performed at Sadler’s Wells in London last month as part of a festival of choreography to music by Muhly, which was also cancelled due to the current coronavirus pandemic. Muhly will introduce the April 24 episode.

Originally captured for use in short excerpts for promotional purposes only, the ballet footage will now be shared with the public for the first-time ever with the cooperation of the labor unions for the company’s artists, stagehands and other behind-the-scenes personnel, as well as the rights holders for the choreography, music, sets, costumes and lighting design.

“While the footage was not originally meant to be broadcast in this format, NYCB’s marketing and media department has done an extraordinary job, while working remotely, to prepare and stream this digital season,” said Stafford.

Additional repertory for the digital season will feature performances by all of the company’s current roster of principal dancers in works by choreographers Kyle Abraham, Mauro Bigonzetti, Alexei Ratmansky, Gianna Reisen, Pam Tanowitz and Christopher Wheeldon. For updates on programming, visit nycballet.com/digitalspring throughout the course of the six-week season.

Together, these programs will provide new NYCB content, launching each day, Monday through Saturday, presented free of charge on several media platforms.

For more information, head to www.nycballet.com.