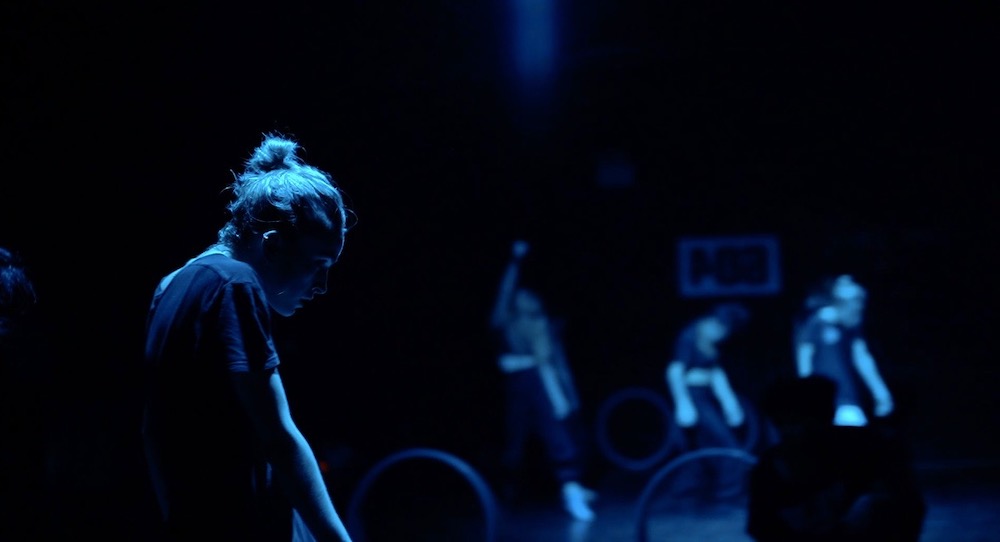 Dance Informa offers you the next installment in our series on alternative dance gigs! This month, we’re talking about dancing and choreographing for TV, and the various ways you are perfect for the job.

We sat down with Malia McMullen, choreographer of the very first Apple+ show, See. You might recognize her dancing from Riverdale or The Chilling Adventures of Sabrina, or have seen her choreography on World of Dance.

How did you start working in TV?

“It happened the year I moved out of New York. I moved back to Vancouver and got signed with my agents. Then it just started happening. I booked my first TV series, and I loved it. I loved all the working parts; I was so intrigued by the lingo and how fast-paced it was. After that, I think it was honestly just knowing the right people. I started working on other shows as a dancer. A lot of the shows are continuity-based; they like having the same people back. If you’re already production approved and the choreographer likes you, you’ll get booked directly rather than having to audition. It’s a snowball effect. Once you get your first job, lots follow.

For choreography, it was luck. I assisted this choreographer named Louise Hradsky on Nickelodeon’s Blurt. I think I was 19. I happened to have blonde hair. Louise wanted an assistant with blonde hair who could also double the lead, someone whom she could use in the pre-visualization to send to the director for approval.

And then See came around, which I’m working on now. That happened because of an open call. Auditioning for a choreographer role is not really done; it’s not normal. But it’s a unique show, unlike anything I’ve ever worked on. The morning of the audition, I didn’t want to go. I did not want to go. I’ll tell everyone this and I stick by it: the auditions that you don’t want to go to, you have to. Those are the ones that you end up getting; it’s just the way life works. I had been working on Riverdale and A Million Little Things, just crazy busy. I forced myself out of bed. I thought, ‘You know, I might be young and they’re probably not going to hire me anyway, but I might as well put my face out there.’ There were three callbacks, and I happened to book the role. I honestly have no idea why. I don’t. There were so many talented, older, more experienced choreographers out there that I just don’t know why. Not caring what the outcome is is probably the biggest thing I can say. Care, obviously, but don’t care what happens after.”

“See is an interesting beast because it’s not only dance, but it’s also movement coaching. I work with background, I work with actors. It’s set 600 years in the future, and the premise is the world has lived through a virus outbreak that killed off most of the population, and everyone who’s left is blind. My job is to help create a culture for the tribes. The way they talk, the way they communicate and the way they move. I create movements that would be true to that world. We trained everyone in this devised movement style where you’re hyper-aware of your movements, since no one can see the space around them. Some of our battle scenes are done in silence, and sound cues are used to throw off the enemy, since they rely so heavily on their hearing. My job on this show is completely niche. It’s all-encompassing.”

Is dancing and choreographing for TV different from stage?

“Oh yeah. There’s so much that’s different. For example, for stage, the choreographer is part of the whole process. They’re there from the start, and they’re there until the end. With film, a lot of the time we’re brought in for maybe a week. In the middle of the season. There are a lot more moving parts in film. You have to pass through layers to get things approved. In stage performance, the choreographer is at the top. In film, you’re working with producers, executive producers, showrunners, writers. They hired you to tell a point in the story that the writers wrote probably months before. You’re working with actors who know their characters, how they move.

There have been circumstances when the director will walk in the day of and say, ‘Reverse it to face that way. And cut it down to a minute.’ As a choreographer on set, your response has to be, ‘Okay, cool.’ And then every minute you spend reworking stuff is thousands and thousands of dollars. It’s high stress. In terms of actual choreography, for stage, you’re suiting the dance to the dancers, whereas for film, you have to choreograph to the scene, to the actors and to the story. You might not make your ‘best moves’. There have been circumstances when I’ve been asked to dance worse. ‘You’re a high school student at prom; you need to dance worse.’ So the choreography there is secondary to the story. And most TV dancing can’t be too intense, because you’re doing 70 takes.”

Have you had to learn any new skills for TV?

“Adaptability is key. One of my choreographer mentors told me, ‘I was hired on this TV series and they asked me if I could choreograph ribbon dancing, like in rhythmic gymnastics. And I was just like, yup!’ Ten hours later after YouTube and consultations, you know? You just have to learn on the spot, and that does take a certain personality. But you come out of it, I don’t know, knowing how to use a whip. I was the worst one at that, I’m telling you. My boss was like, ‘Are you going to be able to figure this out?’ I just said yes! That night, I was practicing at home, after a 17-hour day on set.”

What do dancers bring to the film/TV industry?

“It’s just having your body ready. A lot of people who don’t have dance training aren’t connected to their bodies. When the audition call originally went out for See, they were calling anyone. It was open to stunt people, movement specialists, acting coaches. And they ended up hiring all dancers, without even realizing it.