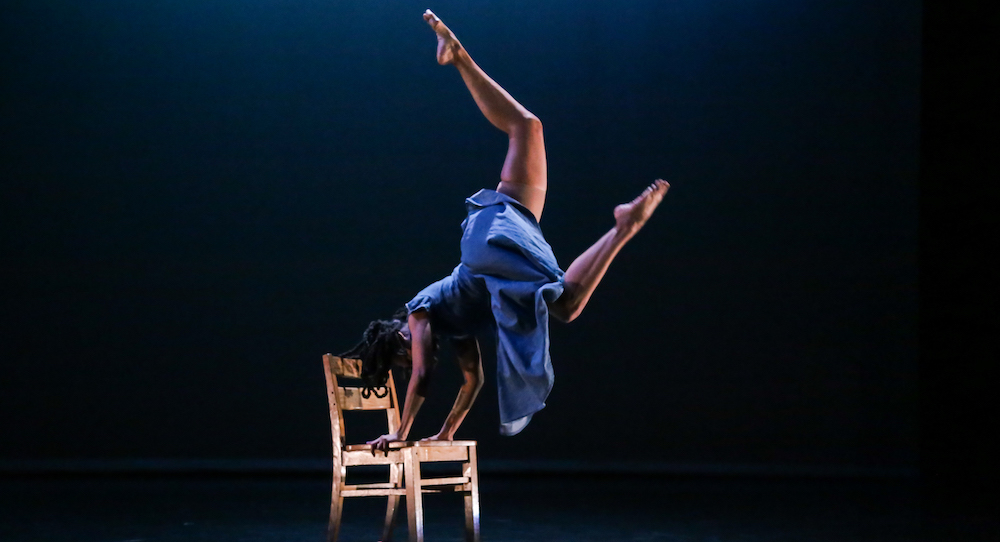 Kristin Wagner, creative director of Lady Bos Productions, opened up the second installment of her show, “….that’s what she said”, with a cogently-spoken introduction. “I’m a little uncomfortable with how much work with the ‘theme’ of women’s issues is out there right now, because women aren’t a theme…we’re people,” she asserted. This was a nuanced claim, but the audience seemed to fully follow — they clapped and cheered. 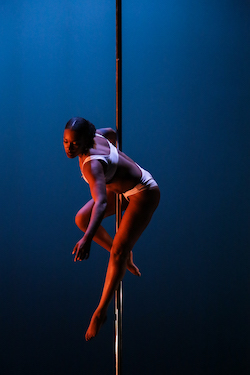 “This is not social justice art,” she continued, “rather, it’s a space for various femme-identifying artists to have a space to present their work when that’s so often abundant for those of other genders.” Several audience members laughed at this euphemistic phrasing. The show stayed true to this ethos, as a collection of works from femme-identifying artists — those who told their stories, or simply exhibited their artistic interests, with passion and creative facility. All works had a unique aesthetic, and meaning (or potential for interpretation for meaning). The following works stuck out to me as most memorable, as a viewer.

Venus and Mars came third in the first act, a duet choreographed by Andrew Genova and danced by Genova and Rochele Charlery. What stuck out to me first was an aesthetic of mish-mashing colors in design elements. For instance, costumes had black and blue, and the backdrop was lit orange. Akin to a well-constructed experimental modern art painting with all different shades thrown together, it had a wide palette that just somehow worked. All colors had a commonality, however, in a bright vibrancy.

Movement was also quite vibrant and full of various elements. A particularly effective moment in movement was with relatively simple turning in a circle, arms raised as if in praising. The dancing pair then turned offstage and let one arm swing naturally, letting it do what it would. Moments of slower action added intrigue through contrast and change — for instance, Charlery slowly raising their skirt higher up on their leg. A down-and-up element was also salient; movement had a classical modern dance groundedness offsetting a controlled lift. All in all, even with such complexity, Venus and Mars had a simple cool. It was happy to be what it was, and it was wonderful to experience.

Third in the second act was a manic meditation, danced and choreographed by Jenna Pollack — a visually striking, and on deeper thought mentally-stimulating, memorable nugget of dance art. In the dark, Pollack was barely visible walking on, and then moving. Then a light appeared behind her, her more visible but still mysteriously just barely discernible. She moved with a simple grace, offering a virtuosity not of complex footwork but of connection and flow within her own body.

Keeping movement simple seemed to be a wise choice choreographically, as much might have been lost in the dark lighting. It hit me that this was one of those times when experimental artists manage to challenge traditional norms and values of art-making in an accessible, pleasing way. The way the light highlighted her physical outlines, while not allowing us to see much more, was fascinating in a way that words can’t quite capture.

After moving in this light for some time, it appeared that she was dragging something else. The light then changed color as her movement became more complex, as it also became more visible in this light. This section, but in truth all sections, perhaps could have been shortened and conveyed the same idea. Yet their length conceivably helped create a meditative sense, as the title seemed to reference.

The next shift was the lights beginning to change colors, along with the music (by Peace and Pilgrim) pulsing more. With a flicker in the music the lights also flickered. Even as action seemed to rise in these ways, all lights on stage soon went out, the work complete. This was a duality, one of opposition. It stood beside a powerful, prescient duality in the work overall, one that pervades art — and life — that between light and dark. In a relatively short piece of dance art, Pollack teased at questions one could endlessly ponder — and did so with visual intrigue and cunning. 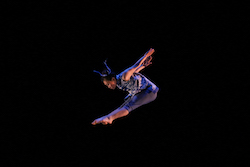 Ending the show was Chinoserie, a collection of three different dance pieces, and one video, telling stories about — and paying homage to — the Asian-American experience. I.J. Chan opened the work with a solo to her own narration, a poetic sharing of her memories growing up in her family’s Chinese restaurant. As detail in the narration built, the mental image becoming clearer for audience members, so did the level of intensity and virtuosity in her movement. This felt like a nice build, allowing her fuller capability to be more meaningful in contrast to something more gentle and mild.

Her movement was also inventive, and seemingly true to herself as a mover. At one moment, she leapt with one knee rising and then the other, one leg cutting behind her to propel a turn as she landed. As she took to the floor, she softened into its support, yet also used the power it provided to propel her back upwards. Varied tempos, levels, and places in space aligned with a duality in theme — bittersweetness; the feeling seemed to be that she was sad that her parents had to sell the restaurant, but pleased and grateful to have those formative memories. Her costume, red and blue in the style of Chinese traditional dress, also aligned with this duality.

Another dancer, Flora Hyoin Kim, joined her to begin a memorable duet. As they moved, they created shadows on the plain-white backdrop, off which I couldn’t take my eyes. They moved back and forth across the stage space, their movement with a reaching and a yearning. They ended falling into an “x” shape on the ground, conveying finding a final rest from all  that searching and yearning. They exited, and a narrated video (by Jennifer Lin) played, powerfully telling a story of coming to the U.S. from China (and the beginnings of life in the former).

The video faded down, and Kim re-entered, wearing a white dress and a light black shawl.

She sometimes moved her shawl as a prop, and other times kept it wrapped around her.

Dancing with elegant simplicity, but also an intensity, she explored possibilities for moving through space. A circling developed towards the end, bringing a pleasing harmony of order. She ended with a presence of strength, yet malleability, and I could only smile. This was her story in dance. All proudly femme-identifying artists in Lady Bos Productions’ “…..that’s what she said” shared their stories, and those stories were enough. The art of self-expression and meaningful storytelling can very much be more than enough.