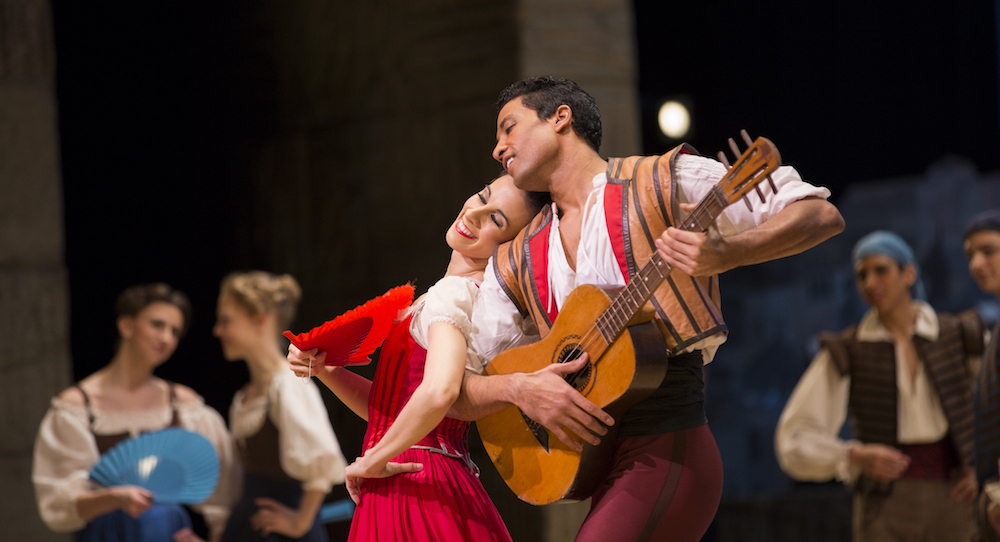 “I know myself only dancing, and being a ballet dancer my whole life. What is it going to be like to transition?” Karel Cruz wonders. “It’s huge.” 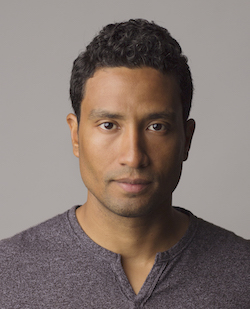 Cruz stands six feet four inches tall, has an infectious smile and is truly one of the most genuine people I have ever met. Pacific Northwest Ballet (PNB) Artistic Director Peter Boal has described him as “the epitome of chivalry,” and he proves this as he opens each door for me as we enter a small conference room overlooking a rehearsal in progress. Piano plays in the background as we start to talk about the next steps in his career.

“This is something I think about more now that I am about to retire,” Cruz shares. “It’s been great. All of a sudden, I opened my eyes and there is 15 years.”

Recently, Boal announced that Cruz would be retiring after the company’s Paris tour. When Cruz thinks about those 15 years, he remembers having to adapt to the Pacific Northwest. “It took me awhile, because of the weather, the style,” he says. “Growing up in Cuba, I danced a lot of classical ballets, coming to the States and switching to Balanchine and neoclassical styles. It was a lot.” He also had to get used to more down time and adds, “I was in Venezuela before I came to the U.S. I was dancing a lot over there, because Venezuela needs a lot of male dancers. I was dancing so much and when I came to the States, everything stopped very quickly. It was a process.” 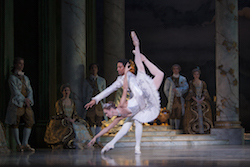 Cruz took that time and started practicing the pas de deux from Don Quixote with his friend and fellow corps member Lindsi Dec. Both joined the company in 2002, and they were frequently paired because of their height. Their ambition to achieve principal status keep them busy. “During the time off, we’d go to the back studios and start working on things that we knew were going to improve [our careers] for us,” Cruz says, remembering being surprised and excited when they were offered a guest appearance in Eastern Washington to perform the pas de deux.

That friendship turned into a partnership on and off the stage when they began dating in 2003, and in 2009 were married. That same year, Cruz was promoted to principal and Dec to soloist. Just a few years later in 2014, Dec was named principal, and in 2015, they took their pas de deux from those back studios to PNB’s theater, McCall Hall.

“It was huge for us,” says Cruz. A year later, they welcomed their son, Koan Dec Cruz, to the world. Cruz and Dec live about 45 minutes from the PNB studios and carpool to work. Being full-time dancers and parents can be hard, Cruz says, adding, “We spend the whole day here and sometimes when we get home, he’s ready for bed.” 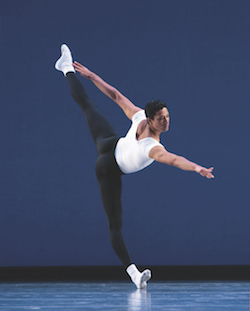 In just a few weeks, all of that will change. Cruz seems excited and a little nervous to start this new chapter in his life. “It’s going to be a big, big change. I’ve been doing this since I was eight years old. I am dancing a lot right now, so I think that when I have to stop in a little bit, a month or so, it’s going to have a big impact. I keep telling myself that it’s going to be very different for me, waking up in the morning and not coming here to dance. It’s probably going to take me a long time to adapt and get used to the new life, but I will have the time with my son, which is priceless. I can’t wait to do that.”

Cruz will also focus his time mentoring young dancers and working with Dec on their line of dancewear, Solu, which launched in 2017. “The idea started when Lindsi was injured, and she started to realize, ‘I can’t rely on ballet for my whole life.’ I support her as much as I can. I also think about our son, too; all of this effort is also going to be for him.” Solu received seed money from Second Stage, PNB’s career transition program. “To have something like this from the company is just great. Most companies don’t have that.”

For those of you wondering what Cruz will do in his spare time when he’s not being a full-time dad and business partner, he says, “I think so much about it. I tell Lindsi all the time, ‘I just want to do something completely different than ballet.’ But right now, I have to teach because this is what I know, I feel like I have a lot to share, and I think it’s important for me to do. I am not sure if this is exactly what I like to do. I will give the time to choose as well and try not to force it.” 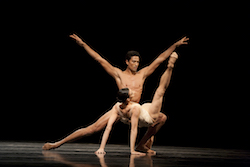 Before we finish talking, Cruz takes a moment. “I always want to say thanks to the audience. The audience has been a great, great big support. Every time I step on to the stage, I feel like they recognize you. That is a big push for us; it’s energy getting back to you, every time you step on the stage. And every time is different. You get preoccupied and nervous, some roles are harder than others, but when you think of something like this, having the audience there supporting you, it’s really great.”

Cruz’s career will be celebrated during PNB’s Season Encore Performance on Sunday, June 10, and will include the pas de deux from Alexei Ratmansky’s Don Quixote, the dance that started it all. “There are so many memories,” Cruz says. “It’s very special just to share the stage with Lindsi, and with Don Quixote, it will be even more special.”