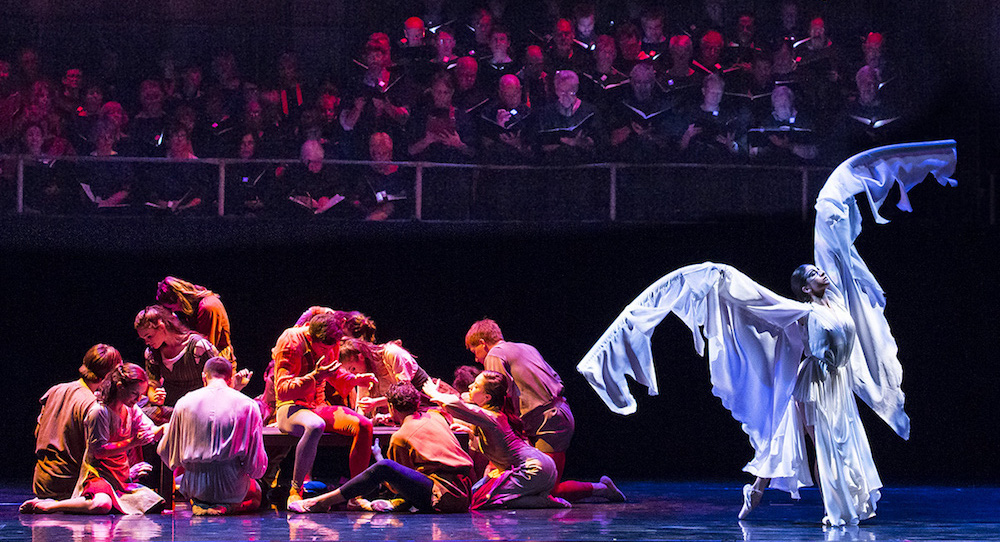 Great things come from humble beginnings. Change and growth are two monumental things that shape the journey and pave the way to success. Rodney Gustafson, artistic director of State Street Ballet, is the very journey that has brought State Street Ballet such great success. As an internationally acclaimed company with professional dancers from around the globe, State Street Ballet is celebrating its 23rd season. With this milestone has come great growth and change for the company. Gustafson talks to Dance Informa about what traits set State Street Ballet apart from other companies from the dancers to styles of dance performed. 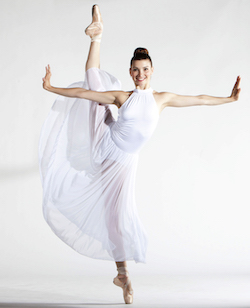 “I look for dancers who are not only strong classically but have experience with contemporary movement,” he explains. “I am also not just looking for a specific body type, and, therefore, we have diversity of sizes and shapes. Too often there are talented dancers who are passed by because of body type.”

With a reputation of having a cache of dancers from all backgrounds internationally, this year in particular has the most with artists from Russia, Chile, London, Brazil, Taiwan and Japan. Combined with the diversity and openness to dancers of all backgrounds, Gustafson has built a company with a healthy and holistic environment for the artists involved. With this approach, there is a loyalty within the company that can’t be broken. 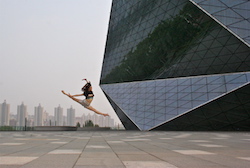 “Rodney and State Street Ballet have given me, and so many others, a place to dance, grow, evolve, express, explore,” says Leila Drake, associate director at State Street Ballet. “As the dance world continues to redefine itself, I am proud to be part of a company that values individuality and artistic expression, is focused on creating new works that satisfy today’s diverse audiences and is committed to ensuring the future of dance in our society.” 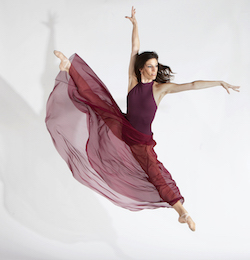 In addition to being diverse in the selection of dancers, State Street Ballet brings an original quality to its company by originating new works rather than buying ballets from other companies. Along with originating new works, Gustafson also prides the company on the digital and theatrical aspect that State Street Ballet brings to the stage from Secret Garden by Josie Walsh to Starry Night by William Soleau, which was based on the life of Vincent van Gogh.

“We have also used professional actors in several of our productions that include An American Tango and upcoming this fall in Soldiers Tale, where we are collaborating with Ensemble Theatre Company and the Santa Barbara Symphony,” Gustafson says. 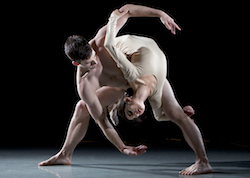 Because State Street Ballet is located on the west coast in Santa Barbara, California, in the spirit of change as well as growth, Gustafson named resident choreographer, William Soleau, as co-artistic director this year, making their partnership one that will lift the company to new heights and test their artistry. This partnership will also give State Street Ballet a bi-coastal reach, which will create extra exposure for the company on the east as well as west coast.

In regard to the partnership with Soleau, Gustafson says, “We both feel that having representation on both coasts is very important in our quest to move the company’s reputation higher on a national level. Bill and I have worked in NYC and his wife, Christine Redpath, is currently a Ballet Master with New York City Ballet. Consequently, we set our standards high.”

Soleau, who is equally excited about joining forces with Gustafson, says, “Rodney and I have had a great relationship for a long time. When I first met him back in 1998, I had only had done one full-length ballet. Through his encouragement, I expanded from what was comfortable for me, and now I pretty much only do full-lengths because I love to tell stories and not just create movement for movement’s sake. Though we have very different skill sets, so we complement each other quite well. State Street Ballet is like home to me, and with our mutual desire to see this company grow and sustain itself into the future, this partnership will go a long way to achieving those goals.”

While State Street Ballet is not as well-known on the national level as other companies such as American Ballet Theatre, that has not stopped its momentum with touring different countries to share its collective artistry with an equally diverse audience. According to Gustafson, dance connects people on a global basis, and one prime example of that was the festival that was organized in Chile this past summer. The Global Unity Tour was one of innovation and education with the artists involved from various companies, State Street Ballet included. Besides a big Gala for global unity, this tour in particular afforded the artists to visit the local schools in Chile and offer lectures.

In the spirit of touring but also educating individuals along the way, State Street Ballet does not forget those communities closest to them. In his 20-plus years cultivating his company, Gustafson has not forgotten about those underserved communities who do not have the luxury of coming to a performance or participating in the arts. With this in mind, he has set his focus on serving with performance and outreach programs through State Street Ballet. 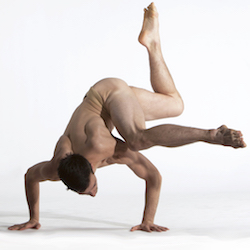 “We get to serve the underserved communities who won’t get to experience the Alvin Ailey or ABT performances,” says Gustafson. “We can’t forget the roots of where dance comes from.”

The outreach performances that State Street Ballet hosts not only reach the lower socio-economical cities, but they are also a way to find those young artists who may not have an outlet or the funds to express their artistry. For those who show promise and an interest in dance, State Street Ballet offers scholarships through its academy. This allows the company to direct the kids that they encounter in schools and classrooms into subsidized ways to join dance.

“I’ve noticed a build in self-esteem with kids, especially with the arts,” Gustafson says. “They develop a loyalty to something they get a passion for. With participation comes a boost in self-confidence as well, and it is something that they choose to do.” 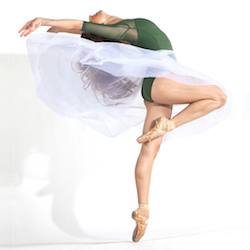 With a well-rounded approach to gaining a bigger audience and impacting those who are not as fortunate, Gustafson revisits one main theme: giving back. With Soleau by his side, the focus is now geared toward the future of State Street Ballet and its performers moving forward. While they still do not have the recognition of other well-known companies, that has not stopped Gustafson and Soleau’s vision to increase their cache of performers, as well as original works.

As he looks to the future of State Street Ballet, Gustafson says, “My hope is that the company will continue to grow artistically and go on well beyond my tenure.”