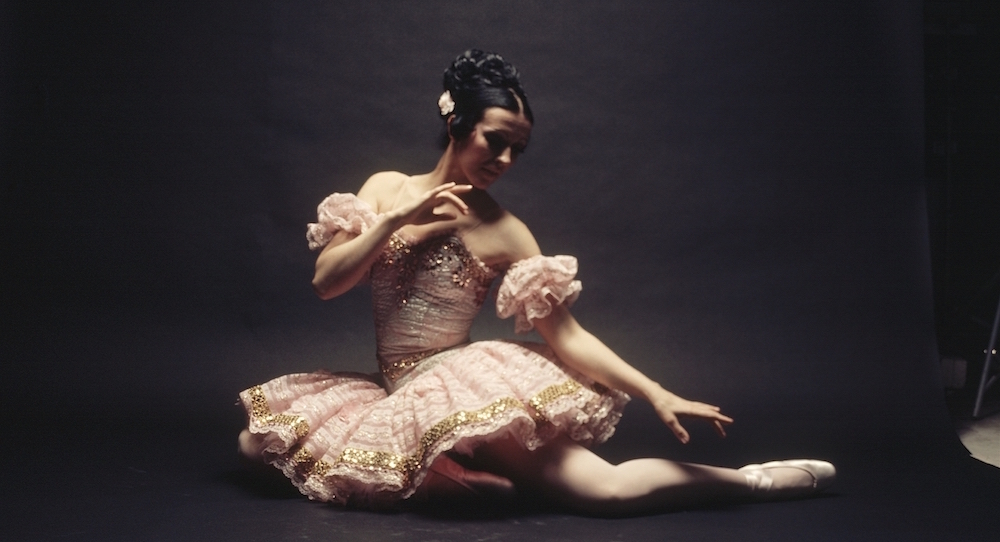 The State Ballet of Rhode Island (SBRI) is celebrating an incredible accomplishment that very few regional ballet companies have the privilege of experiencing – opening its 58th Season with its founding prima ballerina still at the helm.

Artistic Director Herci Marsden, who is now 80 years old, co-founded SBRI in November 1960, as Rhode Island’s first established classical ballet company in residence. In 1962, her husband and fellow dancer, Myles Marsden, decided they should present their own production of the comic ballet Coppélia at Veterans Memorial Auditorium. They based it on Arthur Saint-Léon’s original Coppélia from Paris in 1870.

Set to the music of Léo Delibes, Coppélia was a natural choice for the couple because it was a Marsden family favorite for its spunk, romantic comedy and Slavic influence. It officially became an annual company tradition in 1975. Instead of the widespread Nutcracker, SBRI had committed to presenting the tale of the feisty Swanhilda, the pompous Frantz and the mysterious toymaker with life-size dancing dolls.

This year’s Coppélia performances will be presented by SBRI on Friday, December 8, at 7:30pm, and Saturday, December 9, at 1:30pm, at the beautiful Park Theatre in Cranston. A special 80th birthday celebration will be hosted for Herci after the Friday evening performance.

To learn more about the career and legacy of Herci Marsden, Dance Informa recently caught up with her. Hear more from this unstoppable choreographer and artistic director.

Many dancers are only so blessed to keep teaching, choreographing or directing after their performing career finishes. But you have done that for over 50 years! When and where did you start dancing? 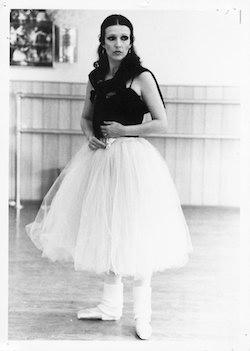 Herci Marsden as Giselle in the 1970s. Photo courtesy of Marsden.

“I began my ballet training at the age of five with the Children’s Theater of Split, in Croatia. I made my professional debut at 13 with the National Theater in Split. I studied Russian classical ballet/Legat.”

You immigrated to the United States in 1958, and continued performing. What’s one career highlight you recall?

“I will never forget when I was Swanhilda in Coppélia. The critic from The Providence Journal attended. His named was Edwin Safford. I had spoken to him several times before when being interviewed. During my Act II, I heard him laughing out loud as I danced teasingly with the toymaker, Dr. Coppelius. He said my portrayal of the role ‘is saucy and knowingly comedic and as complete a characterization as you will find.’”

You decided to found your own ballet organization shortly after you had immigrated. Can you walk us through the journey?

“In 1958, I immigrated to the Unites States to live in Lincoln, RI with my then husband and six-month-old daughter Ana, where we co-founded the Brae Crest School of Ballet. With the help of ballerina Ana Roje and dancer/choreographer Anton Dolin, we then established The State Ballet of Rhode Island, a 501c3 civic regional pre-professional ballet company that performs a service for its region.

In 1960, SBRI was founded through the efforts of my Marsden Family and a group of 60 enthusiastic Rhode Islanders. People of all genres came together to create this organization for composers, musicians, writers, painters, lighting technicians, costume designers, choreographers and, of course, dancers.” 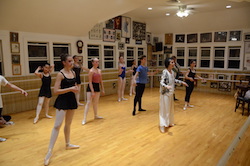 What was your company like when it first launched?

“It was very exciting to see and feel the public’s enthusiasm and support. In 1960, we were the first established classical ballet company in residence in Rhode Island, and one of few in the United States. My then husband and I were able to continue our professional careers as prima ballerina and male danseur with the company.”

How has SBRI grown in the last 58 years?

“It has grown into educating and training four generations of strong classical ballet dancers, and we have earned a prestigious reputation and the recognition as an outstanding cultural asset. We continue to do what our mission states – to create, to present, to preserve and extend the great repertoire of classical dancing to the widest possible audience, while providing exciting performances and educational programming of the highest quality.”

What does the organization look like today, with all its programming and performances?

“We are always finding new ways to bring to audiences the excitement and the magic of ballet and the theatre.” 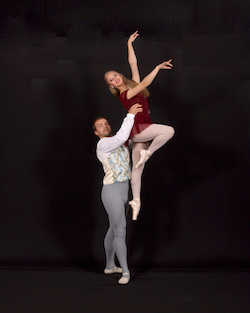 Why did SBRI decide to present Coppélia for the first time in 1962? What about the story attracted you?

“SBRI performed Coppélia for the first time in 1962, under the direction of my former husband, Myles Marsden. When I took over as artistic director and choreographer in 1975, I wanted to continue Coppélia as a holiday time show for the public, making it another festive time alternative. I enjoy directing and choreographing my own Coppélia year after year. It is the world’s oldest comic ballet, and who doesn’t love to laugh when seeing a story ballet?”

Why did you decide to make it SBRI’s holiday tradition instead of The Nutcracker?

“To our north, you have the spectacular Boston Ballet, and to the south you have the incredible New York City Ballet!”

In general, how does it feel to be celebrating your 80th birthday this December, and to be reaching SBRI’s 58th Season opening with Coppélia? 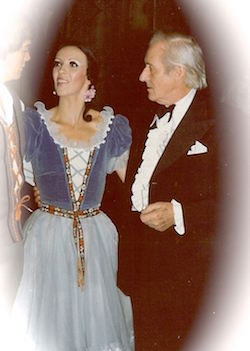 “For me, the years move faster and faster. I think the saying, ‘Time flies while you’re having fun’ is so true on so many levels! Do what you love, and love what you do. My ballet life is a work of love that I share with so many around the world who have a passion for what they love to do. It is what keeps us going!”

What’s your advice to studio owners and dance professionals hoping for longevity in their career like you?

“Keep working, keep teaching, and keep dancing! Work your mind with your adagio, allegro and waltz. Dance as best you can, and never stop!”

Learn more about Herci Marsden or book tickets to Coppélia at www.stateballet.com. Check out these additional pre-performance events, too: “Opening Night: Champagne & Tututini Reception” on December 8, at 6:45pm (special commemorative champagne and martini glasses will be on hand!), and “Tea Time in the Toy Shop” on December 9, at noon (a kids event with a cast meet-and-greet, tea time snacks, souvenirs, a backstage tour and photo opportunity). In addition, be sure to check out the handmade costumes from the private collection of Herci Marsden on display at both of these pre-show events.