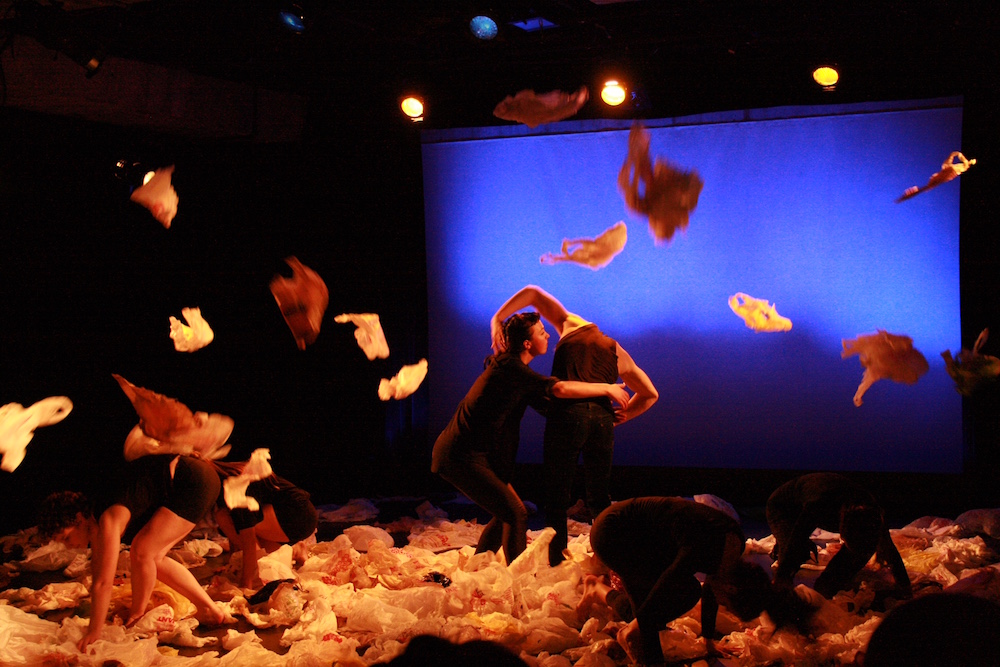 A fundamental part of true democracy is citizens’ right to stand up and speak up about our desires and concerns. Artists are citizens, too, of course, with a powerful tool for active citizenship at our disposal. Art has a unique ability to express essential truths, with nuance and depth, in ways that can also be pleasant and cathartic to experience. Dance can take all of this one step further – using our very body along with music, lighting, costumes and more – to express the deepest possible desires, fears and beliefs in our hearts, minds and souls.

Sometimes dance works of protest effectively speak to an issue of a certain time. Sometimes they are also timeless, as meaningful in 2017 as they might have been in 1930. History moves in cycles, they say. Whatever the issue at hand, dancers can use our art to stand up and speak up. Read on for 10 interesting works of dance as protest.

This Cole Porter ballet premiered in 1922, in reaction to the U.S. government setting quotas on the numbers of immigrants (including Italian, Polish, Irish and Chinese groups). Princeton University students recently revived the work in response to the new immigration policies. They maintained the work’s main structure but brought it into the modern day with modern caricatures (including an environmentalist and a Black Lives Matter activist).

Kurt Jooss created this work in early 1930s Germany, concerned about the rise of Fascism in his country and the accompanying clamor for war. The work features caricatures such as corrupt and power-hungry politicians, as well as allegorical figures such as Death. In the end, Death is the only figure still standing, conveying that war’s only certain outcome is Death’s grip on so many. Ballet West reminds us of the work’s timeless relevance on this 85th anniversary year.

In this 1945 solo, Pearl Primus (as part of the New Dance Company) enacted in movement Lewis Allan’s poem describing the witnessing of a lynching. It was artistic commentary on the horrific trend in the Jim Crow south of African Americans who gained social standing or otherwise “stepped out of line” being brutally murdered. Along with Hard Time Blues, a solo of the same year depicting the socioeconomic hardships of African American sharecroppers in the south, Primus was powerfully speaking out against the violence and everyday harm of the south’s current racist reality.

This 1992 work from Bill T. Jones tackled issues facing contemporary African Americans, from the legacy of slavery to the rise of HIV/AIDS. Last Supper and The Promised Land are biblical references, the work overall illustrating how African Americans seem to be far from those promises of peace and salvation. The work offered Jones’s emotional, often gestural, movement, partly from the deeply personal place of the 1988 death of his partner and co-creator Arnie Zane from AIDS. This subject also comes on the heels of President Ronald Reagan’s response to the HIV/AIDS epidemic, which some criticized as inadequate.

David Maraniss’ 2003 book, They Marched Into Sunlight, laid the groundwork for this work from choreographer Robin Becker, premiered at Georgetown University in 2011. Maraniss was deeply concerned about the United States entering into war in Iraq, and went back in history in order to lay bare the realities of war. The book depicts a battle in Vietnam and an anti-war protest at the University of Madison, which both took place on October 17, 1967. Becker brought this tale, with its timeless concerns and truths, into the modern day in dance.

Kyle Abraham’s 2011 work depicted racial injustices and struggles in contemporary America. What is still absent, one might presume, is truly equal rights in our country today, despite the civil rights movement of long ago. Abraham offered jazz and hip hop movement idioms in the work. With this, he dug deeper into the history of American racial injustice. On the 500-hr other hand, he also referenced something so contemporary as the Black Lives Matter movement. Racial tensions currently aflame in the summer of 2017, it will be interesting to see if Abraham will resurrect this work, and what changes in it there may be.

Madboots Dance premiered this work at Jacob’s Pillow in 2015. It conveyed bullying, a rough physicality evincing harsh treatment of one who is seen as weaker. Simple costumes and very visceral movement made it all so very real. Yet there was also a softness in the movement at times, demonstrating the tenderness we should take to this issue – in the compassion for those whom it hurts every day. How was this protest? It was protest in implying that this bullying behavior can happen because of the silent complicity of parents, educational professionals and lawmakers.

In 2013, this public performance art made headlines around the world. Six sex workers danced in the windows of a brothel in Amsterdam’s “red-light” district, with signs sharing shocking statistics about the numbers of young European women desiring a dance career being trafficked into the sex industry. “People shouldn’t be bought and sold,” one sign powerfully, yet simply, asserted. Passersby wouldn’t be expecting this, and worldwide news consumers wouldn’t necessarily expect to read about it – thus, a powerful way to raise awareness about, and call for action on, this issue.

This 2016 work from Vanessa Long Dance Company focused on plastic waste. Just as with Sad Boys, the element of protest was in pointing out the extent and continuity of the problem, and thus the failure of businesses, lawmakers and ordinary citizens to come together toward solutions. For instance, the work included a section with 1,480 plastic bags on stage at once. Long’s work is narrative, character-based and mainly improvisational in nature. The company is currently developing Adam’s Ale, a piece centering on water usage, shortage and conservation. With climate change and environmental justice issues also increasingly debated in the political, public and private spheres, it will be intriguing to see what environmentally-focused work Long may create and offer next.

On the night of Donald Trump’s inauguration as 45th President of the United States, LBGTQ activists used dance and communal movement to protest the Vice President-elect Pence’s stance on LBGTQ rights (which some criticize). They walked, strutted, and stopped for several dance breaks for 1.2 miles, from the Friendship Heights Metro station to the Vice President-elect’s temporary home in Maryland. With glitter, rainbow flags and costumes galore, they made their voices heard.