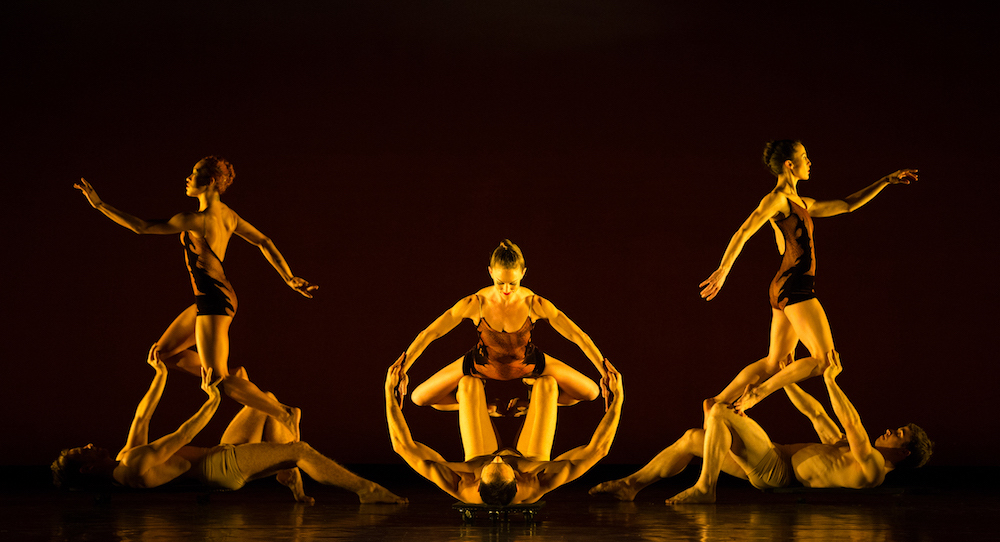 It’s 2017, and in order for audiences to be wowed nowadays, performances often incorporate high-tech special effects, complex mechanical set design, high-definition video and even 3D visual capabilities. These enhancements are spectacular — like the projection of a moving train in Broadway’s Anastasia and the snowflake drones that fly out over the audience in Radio City’s annual Christmas show. In this modern age, we as audience members have become accustomed to seeing this collaboration of technology and performing arts on the stage.

But I was truly astonished by a recent MOMIX performance at The Joyce. The modern dance/illusionist company was unlike anything I had seen on stage. I was mesmerized — not by any special high-tech enhancements but instead by the innovation and talent of the company and choreography.

Moses Pendleton, former co-founder of Pilobolus Dance Theater, established MOMIX in 1980. The company has performed on stage and screen over the past 37 years in such programs as PBS’s Dance in America series, commercials for Hanes and Target, Imagine (one of the first 3D IMAX films to be released worldwide) and in its international touring productions. 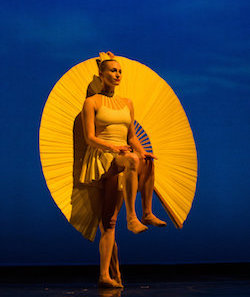 MOMIX performed Opus Cactus for its three-week residency at New York City’s Joyce Theatre. The 90-minute program takes audiences on an expedition through the desert, examining — through movement — various animals, plants and natural phenomena along the journey.

In one scene, the dancers create a giant lizard, connecting their bodies head-to-tail, slithering and undulating across the stage in brilliant bodysuits and a striking headpiece. In another scene, the men bound from one side of the stage to the other, jumping from a deep frog-like squat to a 90-degree pike and ending in a yoga crow pose — some serious upper body strength. Another scene has the women in long skirts, rapidly turning and traveling across the space like flowers blowing in the desert wind. 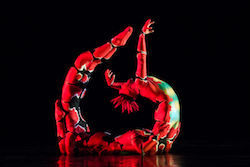 The Playbill reads, “With nothing more than light, shadow, props and the human body, MOMIX has astonished audiences on five continents for more than 37 years.” The performers were not extraordinary in the sense that they did contortion or executed a record number of pirouettes. But their strength, control, virtuosity and creativity are unparalleled. And with no extravagant props besides wooden sticks, paper fans and a metal structure, MOMIX amazes with the raw — yet amazing — creative capability of the human body.