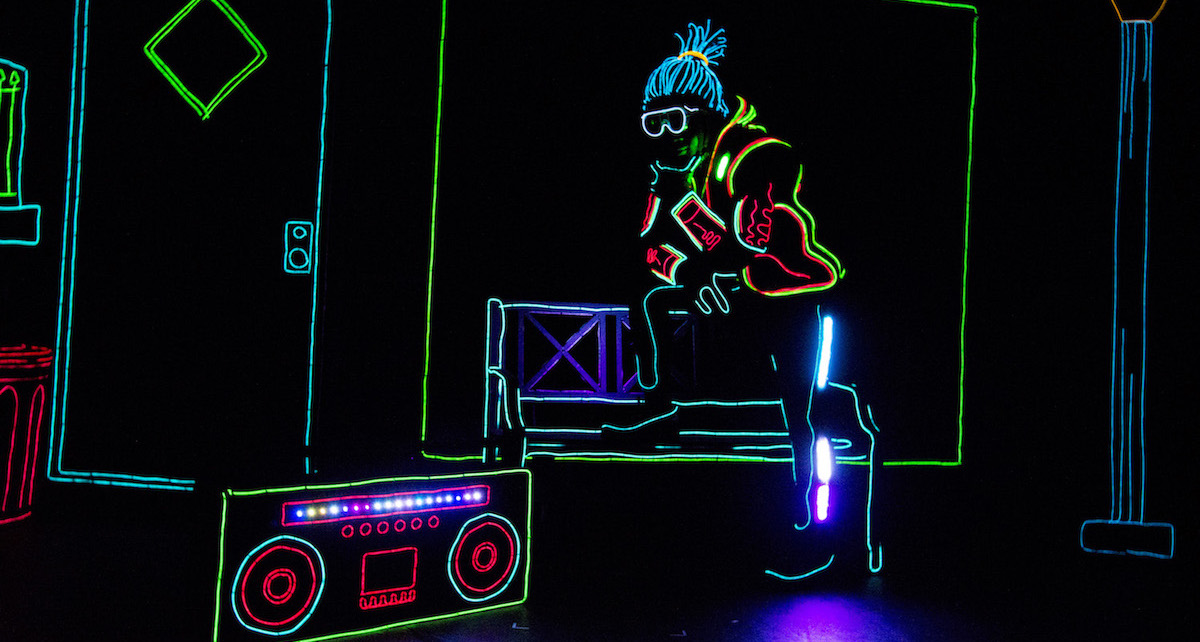 Have you heard of the dance show sensation iLuminate? This touring production presents dancers in electrified glow-in-the-dark suits performing routines and illusions on a darkened stage. It has created quite a stir, performing in venues around the world, from Cairo to Malaysia and the United States to Hong Kong. It’s been on TV shows like Dancing with the Stars, X-Factor, Good Morning America, The Wendy Williams Show and The Ellen DeGeneres Show. iLuminate has even been featured on The American Music Awards, MTV’s Video Music Awards, BET Awards, The Nickelodeon Awards and Latin Billboard Awards. 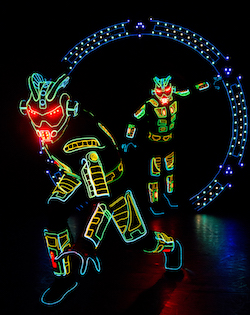 After touring to Houston, iLuminate recently visited Atlanta for one evening before continuing on to two cities in Florida and returning to NYC to begin a seven-week run at New World Stages. In Atlanta, the cast presented the show at Georgia Tech’s Ferst Center, an appropriate venue for a show fusing innovative technology with dance.

iLuminate featured eight performers boasting varied dance backgrounds, with hip hop, ballet and musical theatre all represented. The cast performed Miral Kotb’s entertaining choreography with the ease and straightforwardness of those who have been around the block a time or two.

Amusing kids and adults alike, the show transitioned between lyrical, balletic pieces to full-on hip hop party scenes, with a Michael Jackson tribute even thrown in at one point.

The general storyline follows the “fantastical journey” of Jacob, a young artist who struggles to connect with the real world but takes comfort in his magical paintbrush. When a jealous townsperson steals his paintbrush that grants the holder the power to turn imaginary characters into living, breathing creatures, Jacob realizes danger is afoot. He understands that he must face the looming threat without the help of his miraculous instrument. As he fights to save his town and his friends, Jacob, excellently danced by Charles Way, is forced to be resourceful and to problem solve with creatively.

While there are a few rough transitions between scenes, the overall production carries this storyline without any major hiccups. It turned out to be a hip, highly entertaining show that will surely light up the imaginations of all.