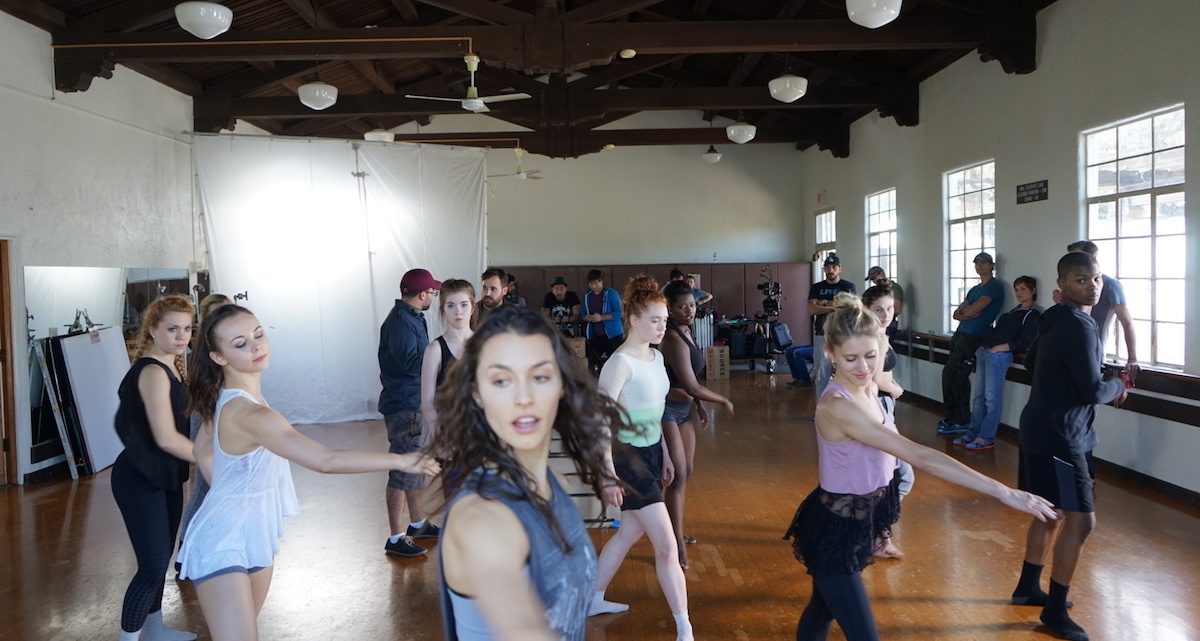 Were you inspired by dance documentary Like Air? Then you may be interested to know about Lift Me Up, a feature film made by the same creative team. Lift Me Up is a coming of age story – a young dancer faces personal challenges and finds meaning and purpose through dance. It features So You Think You Can Dance All Star Kathryn McCormick, as well as others from the creative team behind Like Air: Mark Cartier, one of the producers of Like Air directs Lift Me Up; Jacob Patrick, McCormick’s husband, is one of the producers and actors; and it stars Sarah Frangenberg, one of the dancers in Like Air.

McCormick says she wasn’t involved from beginning to completion as she was with Like Air but instead involved as actor and choreographer.

Sarah Frangenberg stars in ‘Lift Me Up’. Photo courtesy of North of Two.

“This film was brought to Jacob by now one of our good friends, Franco Zavala, who wrote the story inspired by his own life experience,” McCormick recalls. “Jacob developed the project from scratch and produced, as well as acted, in the film. I choreographed all the dance scenes and was put in the film to play myself and be an inspiration to the lead character. Sarah Frangenberg is one of our best friends, so I was very involved in her process, but most of it was behind the scenes.”

In Lift Me Up, McCormick is an onscreen mentor to the central young woman, Emma (played by Frangenberg), who has just lost her mother. Emma attempts to make sense of her world through her family life, and through her dancing life. She struggles to mediate her desire for independence with the protective impulses of her step-father. Actor and dancer Frangenberg, currently studying dance in her sophomore year of college, navigates through the dance sequences with elan and passion.

“I choreographed all of the dancing in the film,” McCormick says, “but I think my favorite scene to watch back is the moment when Emma starts to improvise after I give my speech to her class. We had a few pages of dialogue set, but we just set that aside and started to improvise our lines and movement, and the scene became what it is now. It was very freeing to experience together.”

‘Lift Me Up’ director Mark Cartier. Photo courtesy of North of Two.

McCormick is gearing up to get back to some live work and again touring with DanceMakers convention in November of this year. Lift Me Up is the second film McCormick and her husband have collaborated on, and they are obviously a very rich source of inspiration for each other. When asked about other film-based collaborations with her husband, McCormick is reticent, saying that other projects will come when they are inspired for more.

We look forward to McCormick’s next inspiration!

Lift Me Up by North of Two Pictures is available now on iTunes. View a trailer of the film below.

By Tamara Searle of Dance Informa.

Photo (top): Kathryn McCormick and dancers on set for ‘Lift Me Up’. Photo courtesy of North of Two.