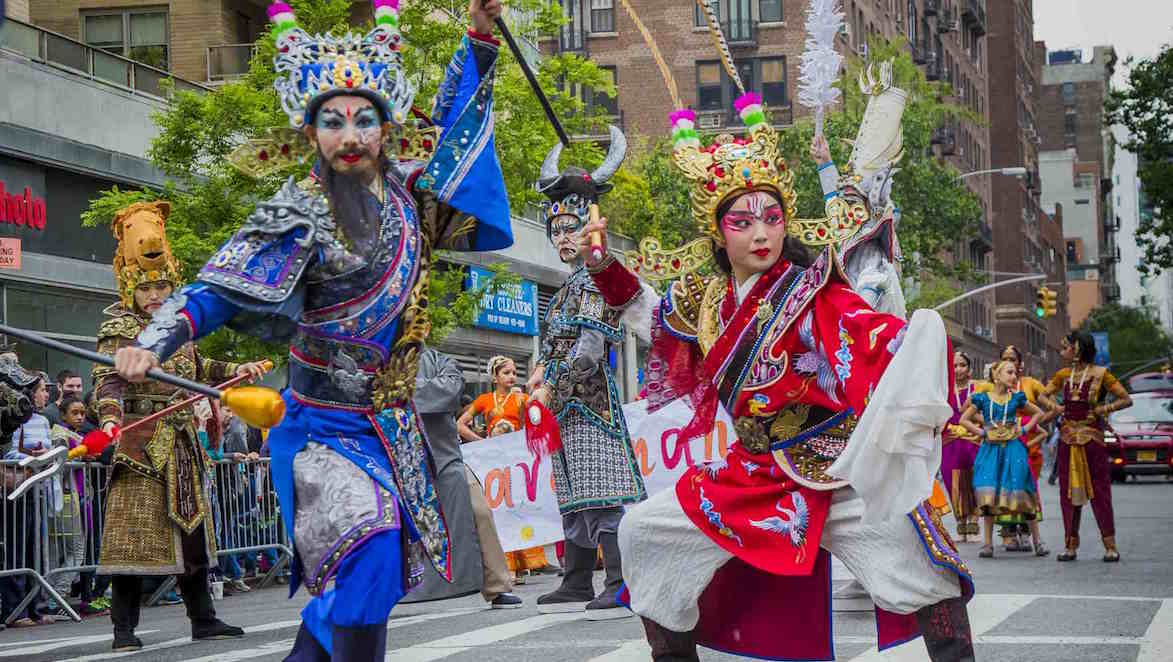 Imagine this: hundreds of people – of all different ages, nationalities and physical conditions – all gathered together to showcase and enjoy dance forms from around the world. Once a year, Dance Parade, an NYC-based 501(c)3 non-profit organization, makes this joyful scene a reality. The organization recruits dance groups, raises funds and promotes the event in order to make it happen annually. There have been several recent instances of violence, hate and discord in our country. Dance Parade brings something totally opposite: harmony among various types of people, all moving together but in their unique ways.

It all began with a movement in NYC to do away with the city’s antiquated treatment of social dancing. There were a few very old laws on the books prohibiting dancing together in crowds. The result was that police would detain and fine people just for having fun dancing together in nightclubs. A court ruling deemed that “dance is not a protected form of personal expression”. A movement emerged to do away with those erroneous laws (go here to learn more).

Greg Miller, a former NYC-based executive, left his corporate job with a severance package. He had time on his hands, and a mission to do something to save social dancing in his city. He and a few friends came up with the idea of Dance Parade as a way to celebrate communal dance in the wake of that ruling. “We wanted to protest that idea,” Miller explains. A year later, in 2006, Dance Parade became an official 501(c)3 non-profit.

Ten years later, the annual event – free and open to the public – has grown to include a parade all throughout the city and a festival at its end in Thompson Square Park. It always happens the Saturday before Memorial Day. It’s a rain-or-shine event, given the enormous amount of coordination that needs to occur with NYC zoning and other bureaucratic factors. This year at the park, there was a mainstage, two side stages and an aerial stage.

There’s a different theme every year, and this 10th anniversary year it was “One City”. It was an optimistic countering of Mayor Bill DeBlasio’s claim that NYC tells “a Tale of Two Cities” – of the one-percent and the rest (disheartening, but perhaps all too true). In that spirit of unity, this year there were performance groups from Texas to Trinadad. There were also 86 different dance styles on display. Within that were the dances of many different cultures. The parade seeks to offer “inspiring dance through a celebration of diversity”, Miller explains.

As a prevalent example of that cultural celebration, Miller recounts how there were 12 Brazilian folk dance groups. They celebrated their Catholic patron saint (Our Lady of Aparecida) through their dancing, with stunning costumes, he adds. As they jumped and landed, their hats joyfully bounced up and down with them. “There was a unique spiritual connection there,” Miller asserts. “It’s incredible, the passion that happens.” 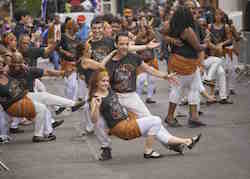 Miller explains how the annual event leads to the growth of an artists’ network, which creates a hiring funnel. Besides the event itself being paid work, jobs can grow from that involvement. “(Many) artists get asked to do things for free, but we [also] try to get them paid in other ways,” he says. Performers range from seasoned professionals, to “amateur” (yet skilled) dancers, to first-time performers.

The event has recently increased other types of community outreach, such as a public photography contest of any part of the event. Dance Parade has also been able to allocate funds for 10 dance-related sites in the five NYC boroughs – to give back to supporting communities, support underprivileged dancers and dance enthusiasts, and raise public awareness about Dance Parade and its work.

Looking toward the future, the organization is working on launching Dance Parade in other cities. A “starter kit” to assist other cities with getting their own annual Dance Parades up and running is in the works. Wherever the event may expand to, or not, it’s clear that Dance Parade will continue to be an annual event that inspires, engages and moves many people to move. Once a year, the city that never sleeps has streets filled with dancing. Such a joyful scene doesn’t only have to be in our head! Considering the violence that has occurred in our country in the past month, such joy and unity is something sorely needed. Head to danceparade.org to learn more and support the organization.