This summer, three nights of encore performances from some of America’s best dance companies will return to cinemas across the U.S., presented by Fathom Events and Lincoln Center for the Performing Arts. The series begins with Alvin Ailey American Dance Theater on Tuesday, July 26, then continues with Ballet Hispánico on Tuesday, August 2 and wraps up with San Francisco Ballet on Tuesday, August 9. Each of these “Lincoln Center at the Movies” encore events begin at 7pm local time and will include special behind-the-scenes footage, giving audiences the chance to meet the principal dancers and catch a glimpse of each company’s rehearsals. 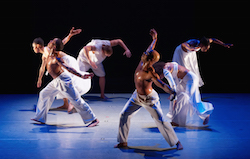 Fans throughout the U.S. will be able to enjoy the event in 115 movie theaters through Fathom’s Digital Broadcast Network. For a complete list of theater locations, visit www.FathomEvents.com. Tickets are now available.

“Dance and human expression through the performing arts is vital to our culture today, and we are proud to include encore performances from the ‘Lincoln Center at the Movies’ series in our summer lineup,” Fathom Events VP of Programming Kymberli Frueh said. “Not everyone has the opportunity to see these productions live on stage, but through Fathom’s partnership with Lincoln Center, people all around the country can conveniently experience astounding performances from the nation’s top dance companies in their local cinemas.” 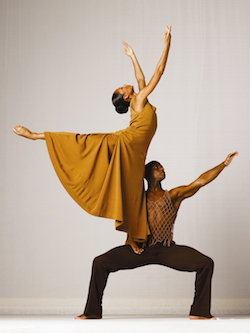 Ballet Hispánico’s performance was first screened on November 12, 2015. It will be broadcast again on Tuesday, August 2, presenting CARMEN.maquia and Club Havana. Hailed as a “masterpiece” by the Chicago Sun-Times, choreographer Gustavo Ramírez Sansano’s CARMEN.maquia is a Picasso-inspired, contemporary take on Bizet’s classic opera about a passionate gypsy. On the other hand, Ballet Hispánico will “whisk us away to contemporary dance’s hottest spot” (Washington Post) in Club Havana, an imaginative and theatrical showcase of Latin-inspired dancing at its best. Here intoxicating rhythms of the conga, rumba, mambo and cha cha are brought to life by choreographer Pedro Ruiz. 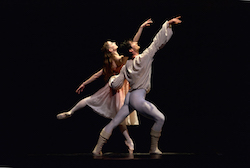 Lastly, San Francisco Ballet’s production of Romeo & Juliet will be broadcast Tuesday, August 9 after being originally broadcast on September 24, 2015. With its passionate choreography, spine-tingling swordsmanship and celebrated score by Sergei Prokofiev, this colorful and emotional retelling of Shakespeare’s Romeo & Juliet has packed houses around the world. Helgi Tomasson’s bravura interpretation of the Bard’s greatest tragedy “lifts Shakespeare’s complex and familiar language off the gilded pages and translates it into lucid classical choreography that is visceral, fresh and ultimately sublime,” according to the Huffington Post.

To win a package of four tickets to one of these screenings, email info@danceinforma.com with the answer to this question: How many movie theaters across the U.S. will screen the “Lincoln Center at the Movies” series? Please title the email “Fathom Events Giveaway.” Please provide your full name, date of birth, dance company of your choice, and your top two local theater choices (with addresses.) This competition opens July 9 and closes August 2. Enter to win now!