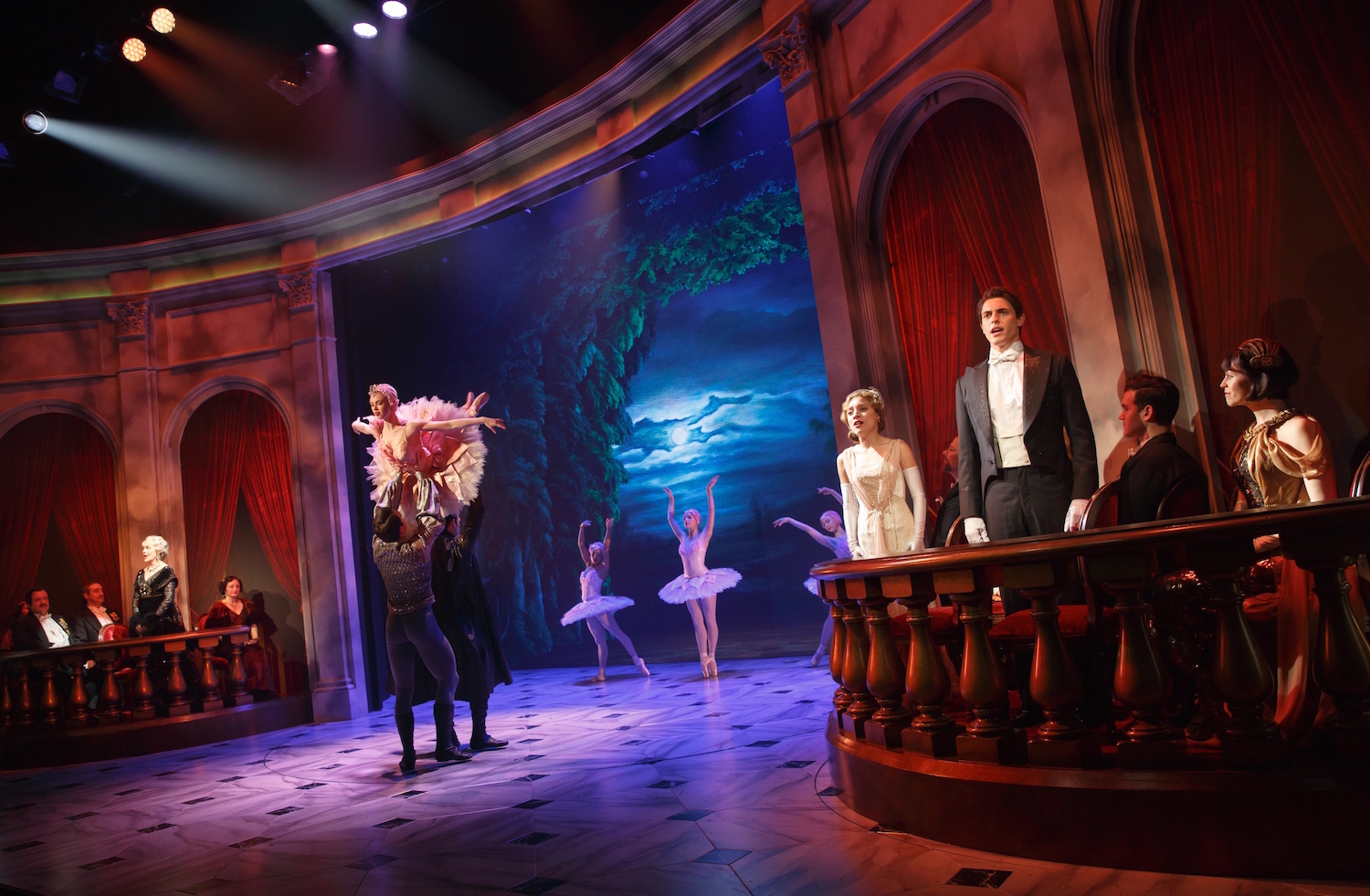 “Opulent”, “magical” and “beautiful” are just a few of many words used to describe the newest musical Anastasia. Under the direction of Darko Tresnjak, this production that’s based on a true story has now come to life on Connecticut’s Hartford Stage. The story of Anastasia takes you on a historical journey starting in Old Imperial Russia and ending up in Paris during the 1920s, an era mainly known for the birth of ragtime. Because of the historical richness of the story, numerous amounts of research went into bringing Anastasia to life on stage. With such amazing attention to detail prior to being on stage, the cast and crew sought to make each performance of Anastasia seamless.

Peggy Hickey, choreographer for Anastasia, described her experience throughout the process of bringing the show to life. Besides going through each sequence of the show at length and getting historical backgrounds of characters and setting, there was constantly something new to embrace about the production of Anastasia.

“It was a little intense for me for the first month because I was traveling back and forth,” says Hickey, “but the process itself was pretty wonderful.” 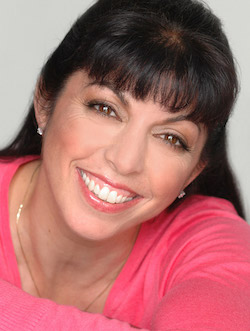 As a choreographer for Tresnjak for a span of 15 years, Hickey explained how their shared language and vocabulary also contributed to making the rehearsal process run smoothly. By meeting ahead of time, Hickey and Tresnjak worked at length on a plan that was sure to create not only a great rehearsal schedule but also an even greater production once it hit the stage. After all of the careful planning and meetings, the next ingredients for this masterpiece were the dancers, actors and the authors.

Alida Michal, a lead dancer in the Swan Lake ballet sequence in Anastasia and former student of Hickey’s from UCLA, shared a similar outlook on her experience with rehearsals and having the honor of working with Hickey once again.

“It was serendipitous getting to work with Peggy again,” says Michal. “She’s one of the hardest working women I know in the business.”

With the excitement of working with Hickey as well as being under the direction of Tresnjak, Michal shared her somewhat challenging but incredible journey of navigating through the background story of Anastasia.

“It was a really intense process, and more than I imagined it would be,” says Michal. “Being in a musical, I knew it would be a good amount of work and fun work.” 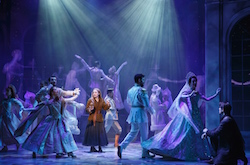 Characterizing herself as a “history junky”, Michal embraced her love of research and set out to gather all the information she could get her hands on for the story of Anastasia. Apart from materials given to all the cast members prior to rehearsals, Michal went a step further and created a Pinterest board with additional pictures, such as Romanov family photos and timelines, to better understand the roles that she would portray on stage.

“I really love historical shows, so this was perfect,” says Michal. “I feel that the more I can add to a show, the richer the show can be.”

With all of the excitement of day-to-day rehearsals and learning more about the history of Anastasia, tech week and previews proved to be the most challenging for Michal but made the process seamless over time.

“We were working through daily edits for about five hours a day during the day time, and then we would perform those changes at night for a live audience,” Michal shares. 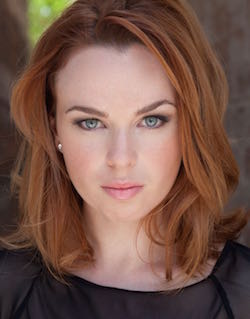 Although this particular part of the rehearsal process was rather physically and mentally taxing at times, Michal adds, “Once everything came together on stage, it made opening night a beautiful and magical experience.”

After long days of rehearsals that kept the dancers on their toes and countless hours of character research, Anastasia was finally ready to hit the stage. The anticipation of the events of opening night for both Hickey and Michal were evident as they described the constant energy in the theatre.

In regards to opening night, Hickey says, “I can closely connect opening night to reaching your wedding day. There’s so much that goes into it and so many months of work, but it’s worth it.”

As rewarding as it was to see Anastasia come to life on stage, Hickey was also amazed by the energy from the audience on opening night.

“The energy in the theatre was like being at a rock concert,” remarks Hickey. “It was an incredible audience, and I could tell that our work had paid off by the way they were responding.”

Opening night was nothing short of rewarding for Michal as she performed. Having her agent and one of her closest friends (a fellow actor) in the audience for support was the icing on the cake.

“It was such a beautiful night,” Michal recalls. “You could feel the excitement in the room and in the theatre. It was a really proud moment for me.”

With the production of Anastasia at Hartford Stage concluding June 19, Michal discussed how she tries to top herself during each performance by offering something new and fresh to each audience she encounters.

“I’m always trying to maintain the high standard that comes with this type of show, and really push myself further,” says Michal. “Whether it’s a challenging turning sequence or adding an extra double here or there as a performer, it’s a service to the audience.”

One thing is certain. Anastasia serves as a show for everyone. The honesty of the music, choreography and the storyline itself captures what makes this production so magical. To add even more excitement to this amazing show, Anastasia will soon be gracing the Broadway stage much to the enthusiasm of Michal and Hickey.

“I couldn’t be more excited,” exclaims Michal. “This is a beautiful show and deserves to be seen. I’m thrilled that it’s going to get there.”