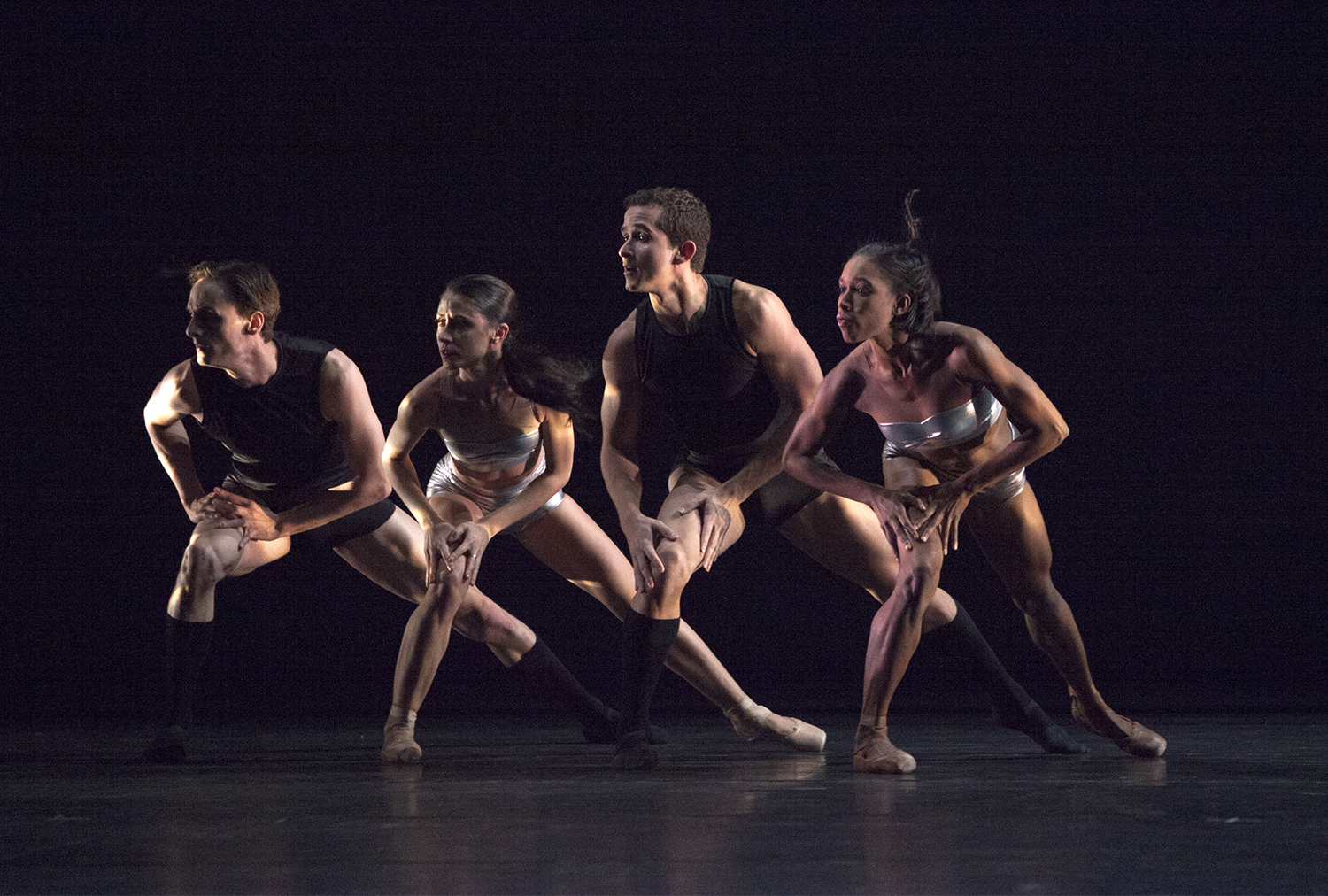 As Atlanta Ballet edges closer to the conclusion of longtime Artistic Director John McFall’s final season, the historic company is taking time to remember the past while envisioning the future. This was apparent in its recent mixed bill, 20/20 Visionary, which presented two revivals and one world premiere – all of which were created exclusively for the company.

The first work on Friday evening, Darrell Grand Moultrie’s Boiling Point, opened the program with a bang. Premiered in 2008, Boiling Point is filled with fast-paced choreography and is about the journey of making tea – specifically what leads up to the kettle hissing from the boiling water’s erupting steam. 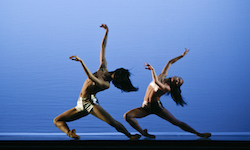 “My inspiration came from the music,” Moultrie stated in an Atlanta Ballet media release. “There is a journey of when you’re making tea and it starts calm, and it climaxes and reaches to a point. I wanted to use that through movement and take this journey to pushing dancers to physical heights that they haven’t reached before.”

Sharp and in top form, the dancers were truly performing as one with Kenji Bunch’s music. Moultrie’s choreography and their outstanding performance of it created many memorable moments: the female dancer being spun at top speeds in an arabesque at the end of the first section; the dancers in front of the black curtain in a line, each breaking out of formation to perform solos; ballerinas being lifted one by one in a semicircle at the end of the second section; the unexpected silent solo performed by company veteran John Welker; and the electric, frenzied final section, which included dancers whizzing around the stage at exceptional speeds. Garbed in metallic bra tops and shorts, the female dancers were especially breathtaking in this work.

On a completely different note, the second work of the evening shifted themes and footings altogether. The world premiere of British choreographer Douglas Lee’s Playground introduced a darker and more sinister take on childhood memories. 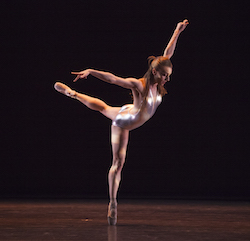 Set to a minimalist (and somewhat monotonous) score by Jeroen van Veen, the work opened with seven black-clad dancers all frozen in poses under low-hanging stage lights, with white walls of various sizes and lengths propped up around the stage.

For a choreographer who has worked with prominent companies around the world, including New York City Ballet and Nederlands Dans Theater 2, Lee’s Playground was somewhat disappointing to me, as it felt thematically incomplete. Perhaps it was the video introduction’s fault, but I kept looking for playfulness and exuberance, but the only thing playful and childlike was the work’s title. The dancers seemed to be working through foggy memories of childhood in a dim, cynical world. This tone made the work both mysterious but also somewhat depressing to watch. While Lee said there were “shifting episodes of light and dark” throughout the piece, it was really just one long episode of darkness. The gloomy, ominous lighting by Les Dickert certainly didn’t help with this.

That being said, the choreographic choices made by Lee were fascinating. Filled with head rolls, spinal waves, fluid arms and gorgeous lifts, Playground showcased each of the seven dancers in non-gender specific ways. Jackie Nash encompassed her movement beautifully, and Tara Lee gave an intense, captivating performance, reminding us why after 20 years she is still one to watch.

Lastly, Home in 7 concluded the evening’s show. Choreographed by Amy Seiwert, this 2010 work is Atlanta-specific, uniquely focusing on the city’s history in seven telling segments. Featuring live performances by spoken word artist Marc Bamuthi Joseph and violinist Daniel Bernard Roumain, Home in 7 reminded viewers of Atlanta Ballet’s willingness to take risks and how, under McFall’s leadership, the company has excelled in more experimental work than most regional ballet companies.

‘Home in 7’ by Amy Seiwert. Photo by Charlie McCullers.

Even with the excitement of something so distinctive and fresh, however, Home in 7 seemed like an odd choice to conclude the show. Joseph’s seven poems visit various aspects of Atlanta, some not so positive. While his acknowledgement of sports culture with a fun Atlanta Braves section and of antebellum roots with a cutesy Southern belles segment were saccharine, the historical references in “Atlanta Child” were anything but. Although “Secret of the Phoenix” might have implied that his weaving words would bring hope of a resurrection, the work still ended with a bit of residual dismay.

Overall, the mixed bill was a roller coaster both stylistically and emotionally, and its conclusion was the least put-together. Yet, the mash-up of works gave the audience plenty of food for thought and many visually stimulating moments – both of which were undoubtedly cause for conversation on the way home. And isn’t this the purpose of art? To make the viewer feel, to think, to reflect, to respond?