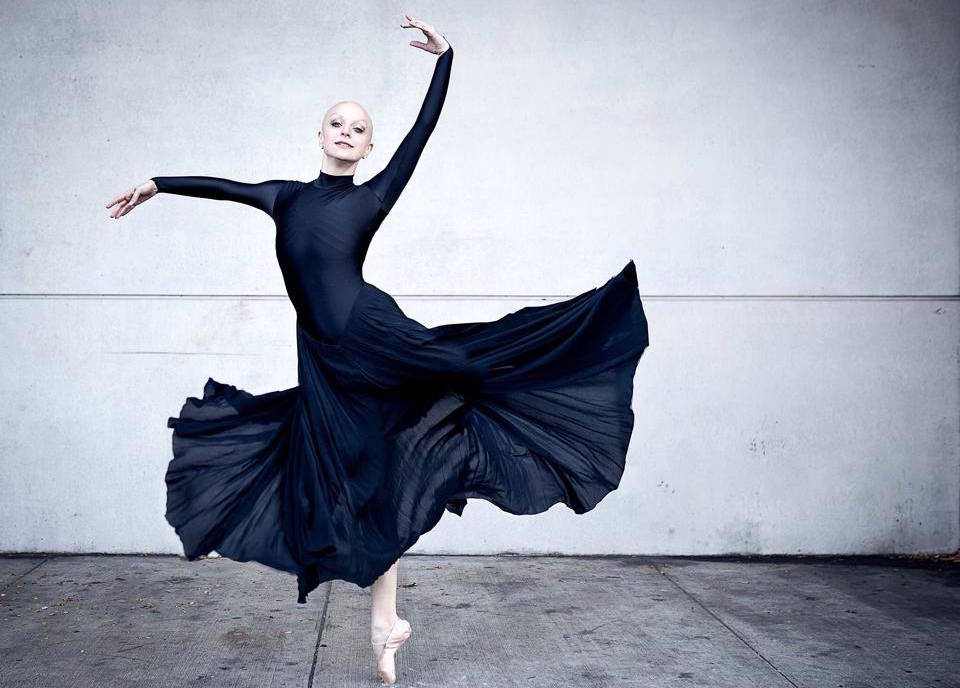 Dance can be a hard enough field as it is. But there’s something about it, something that’s in you, that you just have to do it. Even through injuries, days of negativity and audition rejections, dancers still find a way to battle through and dance.

Some artists have even faced quite the trying obstacles. Whether it be injury, illness, body image issues or rejection, some dancers have fought tried-and-true through their obstacle to overcome and finally find fulfillment in their dance. Dance Informa begins a new series, Overcoming Obstacles; Finding Fulfillment, that looks at some of these passionate artists and their inspiring stories of determination.

First up, Kathryn Morgan and Maggie Kudirka, who each faced an illness that put a tremendous pause on their career. Their determination and passion for their art, however, led them to fight through it. Now, even though some days may be tougher than others, both dancers have gone back to dance, with a new approach of what they want out of their career. 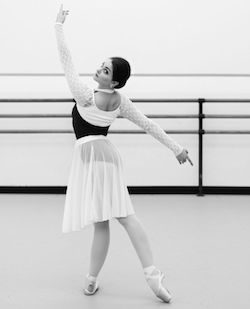 By the age of 21, Kathryn Morgan was in the midst of her dream career. She had joined New York City Ballet at the ripe age of 17, knowing since age eight that she wanted to be a professional ballerina. Only weeks into the company, Morgan danced her very first principal role as Juliet. By 19, she had already won three dance awards, and at age 20, she performed her first Aurora.

But then, a year later, during a very busy dancing season, Morgan’s rise to the top was put on hold. She suddenly started gaining weight, rapidly, even while dancing over 10 hours a day. Her hair started falling out, and she found herself incredibly exhausted. She was terrified and had no idea what was happening to her.

Morgan was diagnosed with hypothyroidism, a condition in which the metabolism-running thyroid gland is not making enough thyroid hormone to keep the body running normally.

“To say it was devastating is an understatement,” she explains. “In addition to feeling terrible and not being able to dance, I also got very depressed from not fitting into costumes and seeing someone completely different in the mirror.”

Staying positive was often a struggle, she says, and there were many moments that she even considered quitting or giving up. She says she would look at herself and think, “I will never dance or look like I did before.”

Despite those rough days and thoughts, however, the eight-year-old Morgan with big ballerina dreams continued to push through her mind and encouraged her to fight. 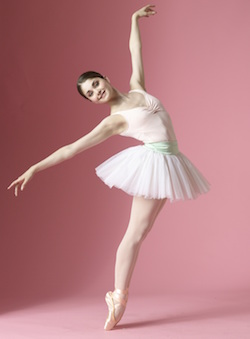 “I knew that I couldn’t let that eight-year-old inside of me down,” Morgan reflects. “I wouldn’t let an illness get in the way of her dreams. And again, there wasn’t anything else I wanted to do! So I was determined to beat it. Performing was my way of expressing myself, so I knew I had to get back to it.”

Thus, Morgan was on a mission to get back to the stage, and she credits a positive mindset for helping her achieve that goal. Although it has been five years since Morgan was diagnosed, she pushed herself to keep dancing in some capacity the entire time she was sick.

“If I can do it, so can you!” she encourages. “I was told I would never dance again. So no matter what you are facing, if you want it badly enough and just have a little faith in yourself, you can achieve anything! Just take it one day at a time. And do the best you can do. A huge journey begins with a single step.”

This past summer, Morgan was finally back to the stage dancing professionally. In August, she starred in a new ballet musical, To Dance, in New York City, and on March 29-30, she will perform an evening at The Kennedy Center as part of a production by organization Ballet in the City. Morgan has also garnered a strong online presence with her YouTube channels and has been actively teaching classes.

Looking back, Morgan says that her obstacle has not only made her a better person but also a better dancer. “I think my dancing is better than it ever was because I appreciate each day so much more,” she adds. “I have also learned to accept my imperfections and actually enjoy dancing. So many times in the past, I would get caught up in trying to have a perfect performance that I would forget to have fun. So now, I treasure each show that much more.” 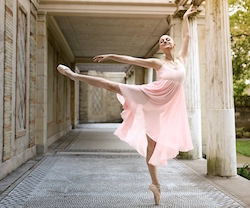 Maggie Kudirka, in dancewear and shoes by Capezio. Photo by Luis Pons.

Dancing was Maggie Kudirka’s life since she was four years old. Her passion and dream to become a professional ballerina took her to Towson University, where she received a BFA in Dance Performance in 2013, and then to New York City, where she moved to join the Joffrey Concert Group.

With the pre-professional troupe, Kudirka rehearsed six days a week, 9am-5pm, and toured for long periods of time. This intense schedule and all the performance experience would surely give her an advantage and a taste of the professional ballet world.

But in June 2014, at the age of 23, Kudirka heard news that would steer her in a different direction. She had stage four breast cancer. She would have to undergo chemotherapy infusions every three weeks for three hours each, and every four weeks would have to get an injection of a medicine to repair the bone damage caused by the cancer. Because Kudirka had metastatic breast cancer, these treatments would have to continue for the rest of her life.

“The first thought that ran through my head after hearing, ‘You have breast cancer’, was that I will not be able to return to New York City and continue dancing,” she recalls. “Dance was the only thing on my mind; not whether I would live or die, but whether I could have my dance career back on track.”

With treatments and doctor appointments replacing her full-time studio schedule, Kudirka admits it was a struggle to remain positive all the time. She would have rough days when all she wanted to do was stay in bed and cry all day. She often wanted to stop the treatments and medicines all together. But then she realized that these treatments were necessary if she wanted to get back to dance. They made the cancer retreat from her breast and bones, and she would no longer have pain in her sternum caused by the cancer.

Kudirka says she danced as much as possible throughout her treatment. She believes dance helped keep her side effects to a minimum and also lifted her spirits during this trying time.

“My passion for dance helped me a lot,” she adds. “I set goals like moving back to New York City and performing full-time and posted reminders around my bedroom. While some goals have changed a bit, I am still hopeful that I will reach those goals.” 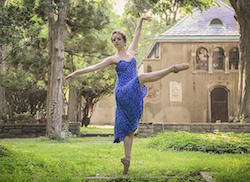 Aside from her goals to get back to the stage, Kudirka, now known as “Bald Ballerina”, also hopes to raise awareness for young women that breast cancer can strike anyone. “I want to grow Bald Ballerina into a foundation that makes grants to help pay for living and medical expenses for dancers with cancer,” she explains. “It is very hard to heal when you are worried about paying bills.”

Kudirka recognizes that it was positivity and surrounding herself with positive people that helped her face her obstacle. “Once you start having negative thoughts, it will slow down your healing process,” she suggests. “You never want to just give up because it will be that much harder to really overcome your obstacle. It won’t happen by magic.”

These days, Kudirka is back to the stage. She recently hosted and performed in a fundraiser concert, No One Can Survive Alone, with guest artist Adrienne Canterna and others. She will also hold a “Dancing for a Cure: Dance Marathon” on February 6 in Cape Cod. She is now using her dance to not only satisfy her own goals but also to raise money for breast cancer research. And through it all, Kudirka says she has learned to cherish each performance, each day.

“One of the most important things cancer has taught me is to treasure the people you love and the activities you enjoy,” Kudirka reflects. “None of us knows what life will bring us, and what we have today may be gone tomorrow. Never take anything for granted.”

To follow Bald Ballerina on her journey and to donate to her cause, visit www.baldballerina.org.