It started with a perfect recipe of taking chances, making investments, and a constant drive to make a difference. Along with these key components and the dream of three talented minds, Aspen Santa Fe Ballet (ASFB) company was formed in 1996. With Bebe Schweppe as the pioneer of this adventure, ASFB began to stair step into the realm of dance that differed from other companies that people had experienced before, which fostered relationships where it was needed most — at home. The year 2016 will mark the “coming of age” for ASFB, as it celebrates its 20th season, thanks to the constant nurturing and molding of the company. 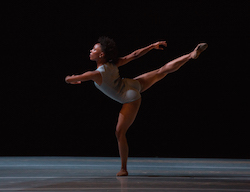 While they usually endure a tour of 20 cities each year, ASFB has put more emphasis on performing at home for the beginning of their 20th anniversary season.

“We have our $2 million campaign to add to our endowment in celebration of the 20th anniversary,” says Jean-Philippe Malaty, executive director of ASFB. “That, of course, requires a lot of effort, and moreover requires us to be amongst our constituents and patrons as we perform at home.”

Although Malaty emphasizes the importance of celebrating this momentous occasion close to home, he is very excited to announce the highlights of the 20th anniversary that would be celebrated outside of Aspen. Los Angeles is one of the major cities on ASFB’s tour. April 16, 2016, will mark the first performance of many for the 20th anniversary. The Valley Performing Arts Center, located in Northridge, California, is beginning a partnership with ASFB by making them a resident dance company for the next three years in hopes of building a prevalent following for their dance community. In anticipation of the next couple years in partnership with this young theater, Malaty mentions commissioning a new work and possibly finishing off the third year with a commissioned work by a Los Angeles-based choreographer.

“We’re really excited about that,” says Malaty. “That’s a major for us, especially these days, and to have a sound commitment from a presenter is a rarity.” 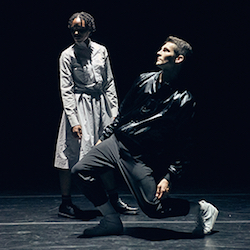 Developing a Los Angeles presence in the dance community is just a stepping stone for ASFB as it continues its tour. Within this meaningful year, Malaty is delighted to confirm that ASFB has been invited to do three performances in Venice, Italy, March 10-12. The Jacob’s Pillow Dance Festival is another highlight of the journey, as the company will make its sixth appearance on June 22. In addition to the honor of performing and touring, the repertory works, as well as newly commissioned works, are the glue that holds the performances together.

Of the many highlights that will encompass ASFB’s celebrations, the choreographic works that will be performed are sure to please audience members as well as patrons who have been major supporters over the years. Characterized as a “forward-looking” company, Malaty explains the importance of commissioning new works in celebration of ASFB’s 20th season.

“It didn’t feel right to look back on our anniversary season,” says Malaty. “We wanted to do more with what we do and really move the art form forward.”

In the spirit of commissioning new works and moving forward in the art form, ASFB has commissioned Cayetano Soto, of Spain, for his third creation, which is due to premiere in February 2016. In the essence of discovering new choreographic voices and new talent, Brazil’s Fernando Melo has been commissioned as well for a new ballet titled Re:play that is also set to premiere in February 2016. Malaty characterizes Melo as the company’s “new discovery”. 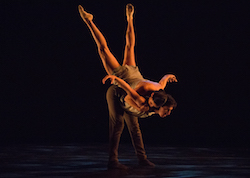 Malaty adds, “We want to invest in Fernando because we’ve been looking at his work for many years. It felt right to bring that new voice and discovery in our 20th anniversary season.”

Although ASFB focuses on making relationships with new choreographers, during this anniversary season it has not overlooked those who have shaped what the company is now. Paying its respects and tributes to those who have helped their contemporary ballet genre strive is another key component that Malaty acknowledges. One very special work, Sleepless, choreographed by Jirí Kylián, will serve as a tribute to his contributions leading up to ASFB’s 20th season. And Little Mortal Jump, a work by Alejandro Cerrudo, will be the big finish to close out this celebratory season for ASFB.

As important as the aesthetic and vision of the choreographic works can be, it cannot be fulfilled without the amazing talent and dedication of the dancers involved. With a modest group of 11 dancers performing, longevity and investment in the art form is crucial. Samantha Campanile, a senior member of the ASFB company, is a true testament to how important this season is. Campanile describes the nurturing vibe that resonates in how the company is run.

“I think that because of the focus on the repertoire along with the dancers, we’re pushed to grow, and that gives us a sense of artistic fulfillment and ownership,” says Campanile.

As she enters her 14th season performing with ASFB, Campanile is grateful to celebrate how far the company has come, as well as how much she has grown as a dancer in return. 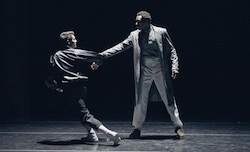 “I had just turned 19 when I joined the company, and I was the youngest for awhile,” she continues. “So now being a senior member, I’m so proud of where the company has gone in the time before I joined and where we are now.”

To future members, Campanile says, “I hope that anyone else who is blessed to be a part of ASFB shows the same respect and care that we have over the years.”

ASFB has set out to impact audiences worldwide with the celebration of its 20th season. With a keen focus on the movement, evolution and fluidity of dance, the troupe has set themselves apart from the norm. The rewards gained are endless for ASFB.

“Twenty years ago, we never thought the company would be where it is now,” says Malaty. “Now the proof is in the pudding.”