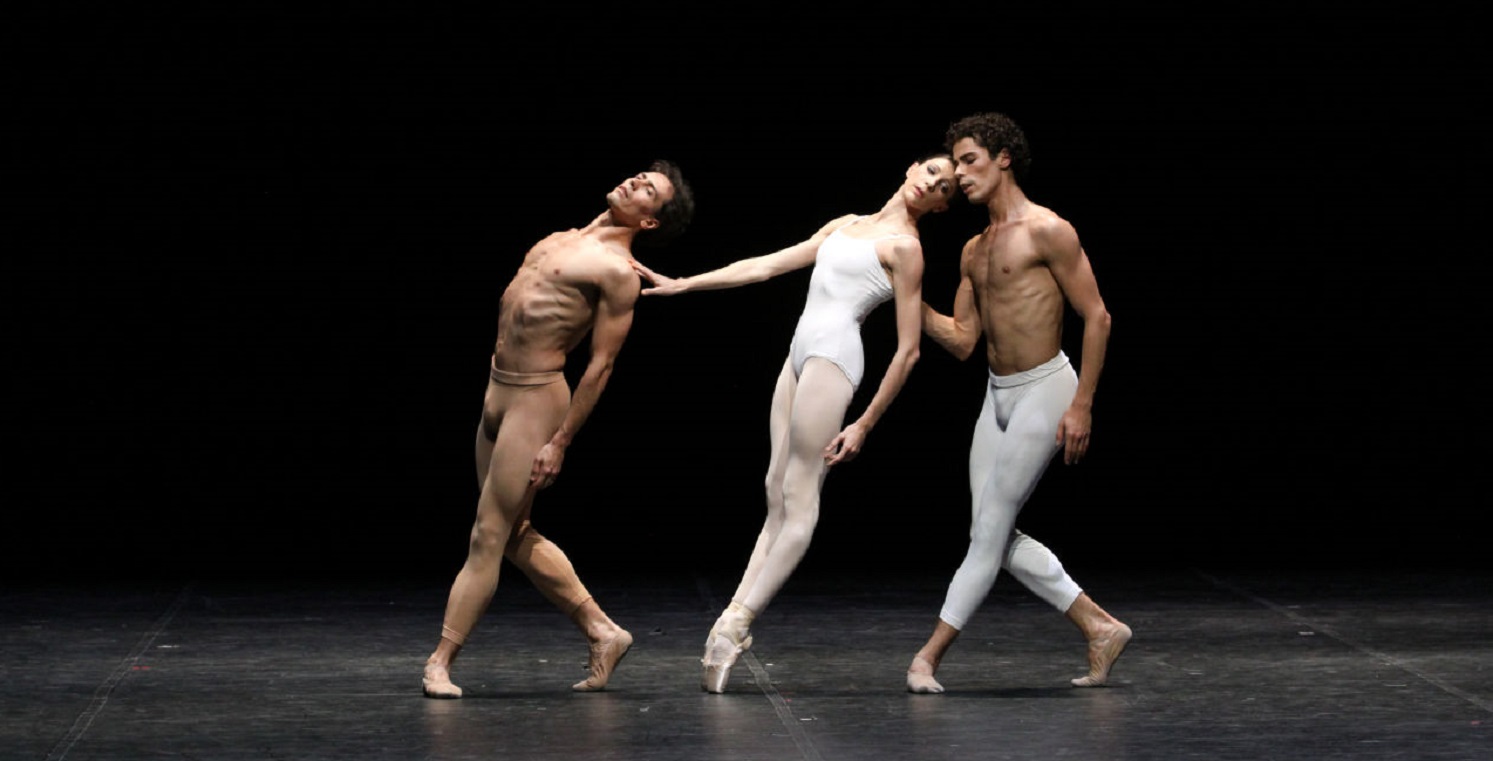 No doubt life has its seasons of love, of joy, of loss, of war. Dance can convey the human condition through these seasons experimenting with timing and qualities such as light and dark, and soft and hard. With original choreography as well as new costumes and lighting concepts, John Neumeier first developed a large-scale ballet to Gustav Mahler’s epic “Third Symphony” in 1973. It’s a work that commendably accomplishes such commentary. It premiered at the Hamburg Ballet, where he has been artistic director ever since. Boston Ballet’s restaging of this masterful work stayed true to that complex commentary, yet also found its own voice. The ballet is a good fit for the company as a group of dancers from many ethnicities, with many different strengths and movement styles, all under the long-standing leadership of Artistic Director Mikko Nissinen.

Glancing at the program, I noticed how some of the movements (rather than acts) were named as seasons such as Autumn and Summer. Other titles referred to shorter spans of time, but could also imply periods in life such as Yesterday and Night. A connection between the two began to build right from the first movement. The all-male corps of dancers moved together like a finely-oiled machine, each having his role and place in the group. Bright lighting on those on a higher level and darker blue lighting on those bound to the floor for many measures of music emphasized this almost militaristic sense of place and hierarchy.

The movement vocabulary conveyed strength and pride, such as in variations on a phrase of rising in second position with arms raised, to then strongly descend to a lower level. Even so, I could see each of the dancers in his own unique body and movement style as an individual. This quality could take away from the corps’ sense of unified energy, such as in different timings for unison phrases. However, the sense of humanity in this individuality was refreshing. Moments with smaller groups, such as one memorable trio section, displayed softer movement that reinforced this sense of individuality in the midst of all the machismo.

Summer carried that contrasting lightness throughout, with a corps of mostly female dancers taking the stage. Wilting and light movement dominated the dancing here, rather than the angular and highly muscled movement of the last section. There was also a sense of feminine power balanced with play and coyness, such as in riffs off a phrase of pencil-turning from croise derriere and then into a balance. The dancers displayed impressive power, yet poise and grace through it all. They seemed committed with every cell of their bodies. On the other hand, I craved seeing each of them as individuals amidst a collective as I did the male dancers in the first section. As that unified collective, they demonstrated a play between ease and tension. Summer, a time of lightness yet sometimes oppressive heat, certainly shows us both those sides.

Autumn continued with that commentary between those two opposite qualities; the corps moved in careful staging that transitioned back and forth from easy quickness to chaos. Indeed, the large-scale transitions of the entire corps could feel like sensory overload to me. Ever-moving, however, the action would soon enough transition back to structure. Every movement seemed to have a signature movement phrase, and here it was one of contraction and release into a quick allegro variation. I thought of squirrels scurrying for nuts, quickly looking up and twitching their tails at any sign of a predator while instinctually preparing for winter.

Winter came next in the movement Night, where three dancers moved with the orchestra silent. The only sounds were their breaths and the squeaks of their shoes. Even without music as a cue for unison movement, the three breathed together while dancing in a way that wasn’t achieved in other movements. Perhaps Mahler’s complex score makes it harder, rather than easier for a corps to dance as one. Nevertheless, the effect of the music and movement together was still powerful throughout the performance. A different power was present in Night, however, that of a quieter contemplation. With no color, no music, no other sensory stimuli, the beautiful dancing could truly shine for itself.

After this Winter, a time of new life would come in the movement Angel, through the solo character danced by Misa Kuranaga. Her supple strength did seem to be angelic, something not of this world. The corps and a partner, Paulo Arrias, joined her in the last movement, What Love Tells Me, to carry on this higher essence. All the dancers seemed to have a new lightness, yet sure and confident strength in each step, each gaze. New life, a new season, had certainly come.

To end the performance, a spotlight shown on a male dancer facing upstage in second position with arms slowly rising, the motif of the first movement Yesterday. With that, it was clear that this cycle of life, of death, of love, of loss would continue.

Reflecting again on the performance through writing this, I’m thinking about that verse from the Bible book Ecclesiastes: “Time to give birth and a time to die; A time to plant and a time to uproot what is planted; A time to kill and a time to heal; A time to tear down and a time to build up…” (3.2). On the other hand, a note from Neumeier in the program asks audience members to come to the work with our “humanity… without any reference to what [you] have read or heard.”

That’s certainly not easy, but I’ll give it a try. In this ballet, Neumeier seemed to be experimenting with the possibilities of the human body, and many bodies together in space. It’s a grand experiment, but Boston Ballet commendably answered the call. Through all the seasons of life, in ourselves and in our larger communities, certainly much is possible. Whatever does occur, the cycle continues. Thank the Lord, we can dance through it all.