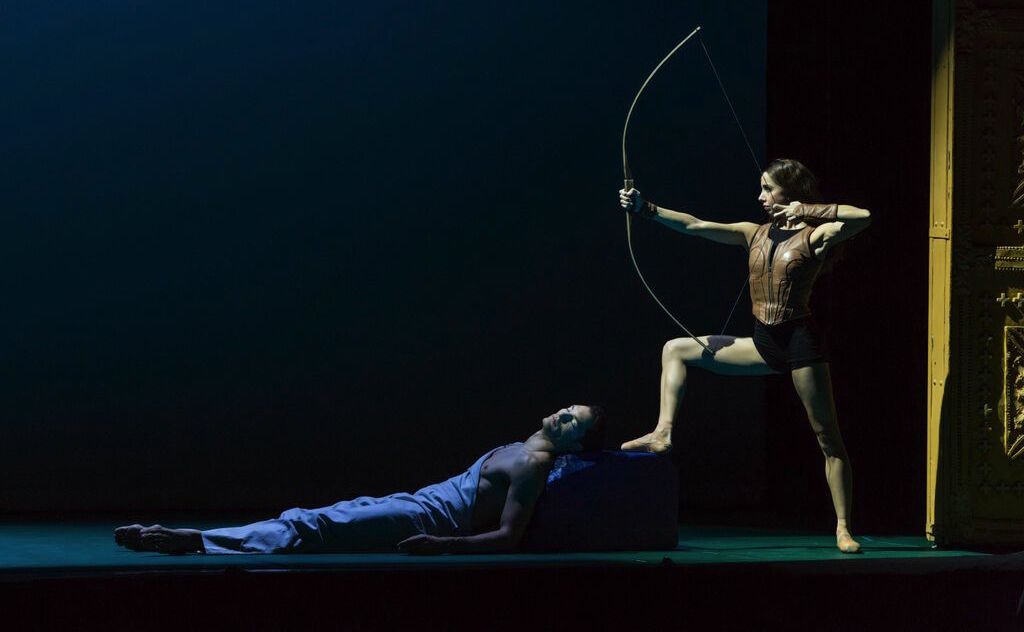 I had never seen The Joffrey Ballet perform live before so I entered the gorgeous, historic Auditorium Theatre at Roosevelt University in Chicago with bated breath.

The Joffrey Ballet is known internationally as a leader in its art form, and with this performance being a Joffrey and U.S. premiere of a work by acclaimed choreographer John Neumeier, I knew it would be a stellar performance. 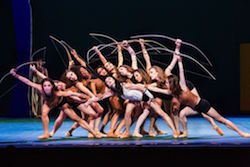 The Huntresses in The Joffrey Ballet’s U.S. Premiere of John Neumeier’s ‘Sylvia.’ Photo by Cheryl Mann.

John Neumeier’s Sylvia is a modern, minimalistic interpretation of Louis Mérante’s ballet of 1876. A tale of nymphs, warriors, gods, love and a coming of age, the story is a fantastical journey set within the shadow of a forest canopy, designed by Greek painter Yannis Kokkos.

In Act I, the trees of the forest faced us, with the stage and floor lit green, giving us a glimpse into life in the forest. By Act III, the trees were reversed on the other side of the stage, making us feel as though we were inside the forest with the characters, transporting us intimately into their world as the work itself had become more intertwined and sensual.

A complex story, Neumeier stripped down his Sylvia to make the ambition and desire of Sylvia central and clear. As the story ensued, Sylvia grew from an aggressive adolescent warrior to a sensual, but still powerful, woman in touch with her own femininity and tenderness.

The huntresses performed Neumeier’s fast, intricate choreography with ease, showing us both their strength and flexibility, while the men of The Joffrey Ballet showed us their impressive ballon. These men can jump! Their repeated jumps in second took our breath away. 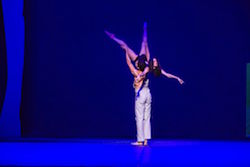 The highlight of the program was the pas de deux between Diana, danced by Victoria Jaiani, and Endymion, played by Fabrice Calmels. It was tender, rich and passionate, full of longing and desire. Jaiani and Calmels are both commanding artists who not only executed the choreography with ease but also pulled at our emotions with their authenticity and dedication to their roles.

The pas de deux between Sylvia, danced by April Daly, and Aminta, danced by Yoshihisa Arai, was also delightful, although with an entirely different feel. It was playful and full of quirky movements mixed in with complex, unique partner work.

Act II was something to behold as the men of The Joffrey Ballet oozed sex appeal and charm as Sylvia grew into her womanhood. The men engulfed the stage with desire as Sylvia toyed with them all in a gorgeous red strapless gown.

Arai, as Aminta, really came into his own in his solo in Act III. His emotion was powerful. He is a truly committed and beautiful performer. 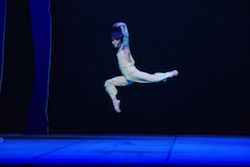 Although the work lacked some emotion at times, as a whole Sylvia was a delight and the dancers of The Joffrey Ballet showed themselves as formidable performers.

One cannot write about this ballet without mentioning the music of Léo Delibes, which was played superbly by the Chicago Philharmonic Orchestra. Sylvia has such a gorgeous and varied score. The music for Diana and Endymion’s pas de duex was intoxicating. In fact, it didn’t even need any dancing to transport us into another world. But with Neumeier’s choreography, it was pure magic.