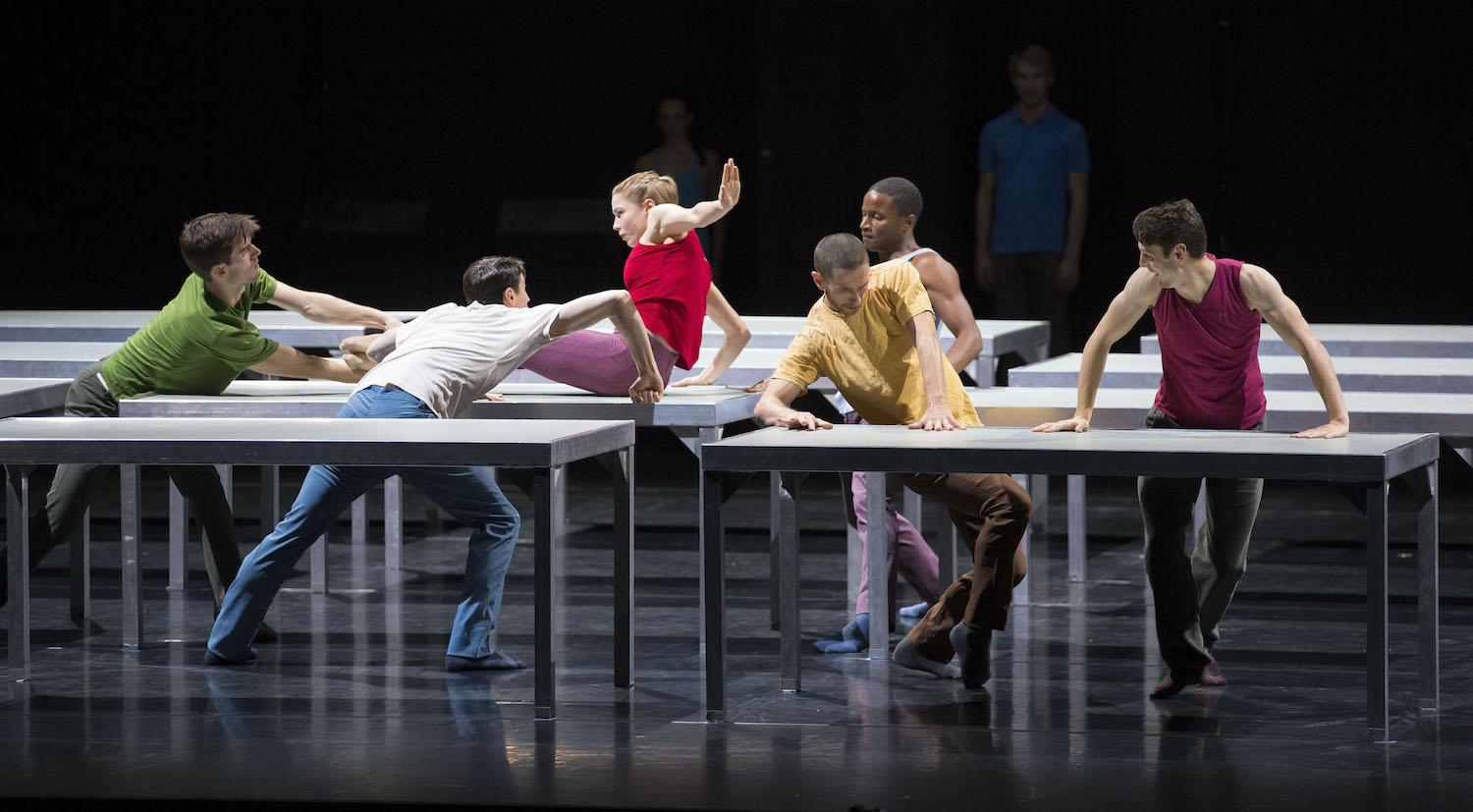 Hubbard Street Dance Chicago is a company synonymous to daring, audacity and authenticity. A contemporary dance troupe renowned for its physicality and lushness, Hubbard Street is the perfect vehicle to celebrate and memorialize the work of innovator William “Bill” Forsythe, filled with intricate patterns, geometric details and, often, critical thinking.

Forsythe, currently 65 years old, has had a long, majorly impactful career not only in dance but, through his collaborations, in other art forms as well. An American by birth, he is really a global citizen, with his work now being performed around the world on nearly a weekly basis. He performed for Germany’s Stuttgart Ballet before a 20-year tenure as director of the Ballet Frankfurt, after which he founded his own ensemble, The Forsythe Company. Yet, even with all of his international work, his ties to Chicago run deep, as it’s where his professional career really began under the watchful eyes of Robert Joffrey at The Joffrey Ballet. 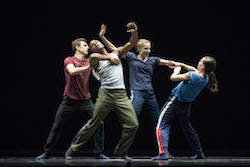 So it seemed perfect for an internationally renowned company (Hubbard Street) to recognize the work of this internationally renowned choreographer (William Forsythe) in the city where he got his big start. The program consisted of three Forsythe works originally staged during his time at Ballet Frankfurt: first N.N.N.N. then the beloved Quintett and the chaotic One Flat Thing, reproduced.

N.N.N.N., originally presented in 2002, had its U.S. premiere in this production. It immediately drew the audience in, as it takes place in almost complete silence and often features only the audible breaths and noises of the four dancers, who are dressed in simple outfits and socks.

The details-driven work becomes exhausting to watch after a short time, as Forsythe created it to a fast, rhythmic inner pace driven forward by a never-ending river of motion – one dancer lifting another’s arm here, this one diving into the ground here, this one folding a joint here before grabbing another’s limb here. There is something comical and childlike about the way the dancers snatch at each other’s body and respond to another’s touch. Yet, because of this frivolity, the work was largely less memorable to me. The most intriguing element was focusing on Forsythe’s original intent for the work – to be a mind appearing in four parts, represented by the four dancers, in a “state of constant, tacit connection”, describes the program note. When looked at through this lens, the work becomes infinitely more fascinating, but when experienced without that bit of knowledge, it could easily become monotonous. 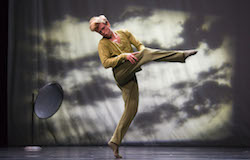 The second work, Quintett, is one of Forsythe’s most popular, and a Hubbard Street favorite. It has a certain poignancy that never seems outdated or irrelevant. In this production, it featured Jacqueline Burnett, Alice Klock, Jesse Bechard, Jeffery Duffy and Florian Lochner, who was also in N.N.N.N. and recently joined the company after previously performing with Germany’s Gauthier Dance Company.

As the program note states, “Quintett’s seamless progression of solos, duets and trios for five dancers runs in concert with — and counter to — themes of loss, hope, fear and joy heard in Gavin Bryars’ orchestral composition from 1971, ‘Jesus’ Blood Never Failed Me Yet’.” It runs deep in both mind and spirit, drawing viewers into a trance-like state as the music loops over and over again. Each dancer is consistently leaving and then returning to the stage, with gorgeous moments of intimacy and abandon being peppered throughout. Unlike with N.N.N.N., the influence of ballet is more heavily felt as the dancers’ lines are crisp and long. Each performer truly stunned, but especially Klock, in her fifth season with the company. She was utterly captivating.

The final work, One Flat Thing, reproduced, completed the program’s building crescendo. It starts with 14 dancers pushing 20 steel tables forward, immediately creating an intense atmosphere with an undercurrent of cold industrialism. In this work, Forsythe asks viewers to put their imagination to work. His vision is a layer of ice (the tables) being beat against and whipped against by waves (the dancers). 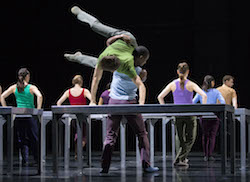 The dancers, all dressed in different colorful outfits, swing between tables in complete chaos at times, forcing eyes to eventually pick one random dancer to focus on as the visual onslaught continues. Duets pop up throughout, and sometimes certain dancers walk away from the tables to stand with their back facing the back wall. As with every Forsythe work, he succeeds in entertaining you while also forcing you to ponder on the meaning: When given a choice, do we find ourselves focusing on what’s above the surface or beneath it?

From the simplicity of N.N.N.N. to the poignancy of Quintett to this in-your-face, frenzied and visually overwhelming One Flat Thing, reproduced, the program successfully showcased the diversity of Forsythe’s work, as well as the intelligence of the legend himself.