Ashleigh Keefer practically grew up in the dance studio, admiring the commitment and passion her teachers brought to the classroom. When she became an instructor herself, Keefer says she was troubled by a disconnect between the commercial and concert dance worlds — at least in the education sector. 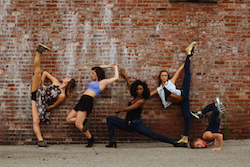 “Exposure to commercial dance seemed to be the focus at the majority of the available conventions,” Keefer says. “For students strictly classically trained, there seemed to be a lack of commercial dance [opportunities] at festivals and intensives. So, for those wanting exposure, opportunity and education for both in one setting — they found themselves at a crossroads.”

This “crossroads” sparked the idea for BellaMoxi, which launches its four-city tour on October 9 in Bowling Green, Kentucky, where Keefer has deep dancing roots. She says she’s not trying to reinvent the convention model, but rather build an alternative that complements and meets different needs within the industry.

An emphasis on versatility, passion

Keefer appreciates and respects what other conventions stand for, but she believes the core mission of BellaMoxi sets it apart.

“Every convention has their specialty, their strengths, their vision,” Keefer says. “BellaMoxi is focused on planting seeds of long-term success in each one of the dancers, teachers and parents who attend our events.” 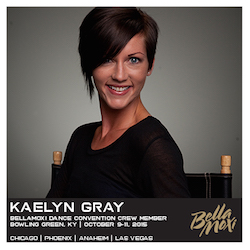 How do they achieve said “long-term success”? Keefer says it starts with a well-rounded education — aka versatility. In addition to classes grounded in the ideals of commercial and concert dance, the BellaMoxi schedule is also stacked with supplemental classes, which Keefer says are not traditionally offered in the convention circuit. These include partnering, pointe and variations, Salsa and ballroom, improvisation and men’s class.

“In order for BellaMoxi to focus on the importance of versatility, we must first be versatile ourselves,” Keefer says in regards to the instruction schedule. “Exposing dancers to classic movement and technique, emerging styles, individual artistry, and the roots of cultural dance and genres is the first step in shaping versatile dancers.”

This concept appealed greatly to Cincinnati tap dancer Kaelyn Gray. When asked to join the BellaMoxi faculty, she says it was a “no brainer”.

“To be a part of something from the very beginning is such an honor,” Gray says, “especially as a tap dancer in an industry where [the dance form] is often grazed over.”

Keefer says each BellaMoxi faculty member was carefully selected and come from around the country, such as Brooklyn-based dancer and choreographer Justin Conte, who is equally excited as Gray to kick off the convention tour. 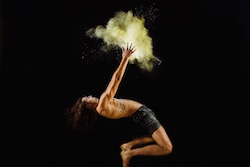 “It is truly refreshing to find a group of people invested in challenging dancers all around the country,” Conte says. “We must inspire [these young dancers] through our insight of the past, allowing them to open the door to a bright, well-intentioned, and artistically fulfilling future.”

A platform for emerging choreographers

On top of the competition and convention platform, BellaMoxi also offers something for budding choreographers. In collaboration with her BellaMoxi colleagues, Keefer developed the Emerging Artists Choreographic Festival for young dancemakers in the industry.

“So much emphasis is put on the performance aspect of dance that the artistic innovators of choreography are sometimes overlooked,” Keefer says. “We want to provide a platform for choreographers to take risks… and take movement to a whole new level.”

The choreographic competition does involve cash prizes and exhibition opportunities beyond BellaMoxi to stand-out submissions. But Keefer says, ultimately, it’s not about who walks away with an award.

“Hopefully, creating this platform for choreographers will inspire and motivate future generations to find their own voice through movement,” she says. 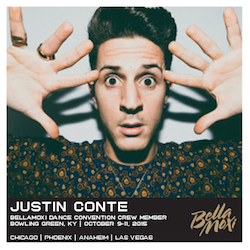 Ranging in size and scope, there are approximately 300 dance conventions and competitions in the United States, according to the Association of Dance Conventions and Competitions (ADCC), based in Minneapolis. ADCC Executive Director Tammy Hauser says these events can broaden a young dancer’s world in many ways.

“Preparing for and competing in dance competitions allows a dancer to receive a critical review by judges who have never seen [him or her] dance before,” Hauser says. “Conventions… also build a strong community of people who love to dance and learn together.”

Hauser says BellaMoxi fits nicely into this community and brings some fresh ideas to the circuit.

“BellaMoxi offers a new perspective in their focus on choreography,” she says. “This is an underserved area in the dance competition industry but is an exciting offering for young dancers who want to create their own work.”

As to what’s ahead, Keefer says she hopes BellaMoxi’s goal of bringing together the concert and commercial dances will transcend her event.

“We want to give the private sector, academia and the professional industry an opportunity to have no boundaries at one event and to be inclusive of all genres, techniques, dancers and artists,” she says.