Currently on its 30th Anniversary Tour Power in Movement, the Brooklyn-based company is known for its strong female dancers and powerful, often politically charged messages. A self-described voice for underrepresented populations, the company creates grassroots catalysts for social change through innovative programming and workshops.

Over the years, Zollar, her staff, and dancers have strengthened their mission and redoubled efforts toward community engagement both at home and on tour. As a result, Urban Bush Women has received a number of accolades including a U.S. State Department tour in South America as dance ambassadors for the Bureau of Educational and Cultural Affairs.

After 30 years in the business, Zollar has amassed invaluable wisdom and shares her trade secrets freely. Small companies, as well as larger, well-established organizations, can learn from her tried-and-true approach to audience building: involve people on a personal level and they will come back. Inspire viewers to act and the work will resonant on a deeper level. She also takes pains to create a supportive environment for her company members and often offers them leadership roles as teachers or emerging choreographers. 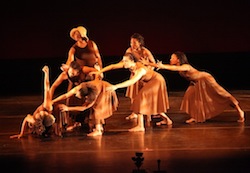 Above all, Zollar believes in the importance of community, both within the company and outside of it. Her audition process is collaborative, and she often invites former company members to help choose new dancers. “A person could be the best dancer in the world, but if her personality doesn’t fit, it affects the whole group,” says Zollar.

The choreographer often uses theater games and other process-based activities to strengthen the group dynamic. “It’s not important to every choreographer,” she admits, “but for us building the ensemble takes as much rigor and intention as choreographing.” Dancers take company class together and are encouraged to bring their skills, personal histories, and stories to the choreographic process.

Any company can benefit from ensemble building activities to create a more cohesive, productive environment. And a happier group makes for happier performances. Replace the notion of hierarchy with a more inclusive model, where dancers and employees can voice their opinions, feel included in the hiring process, and contribute to the company’s overall growth. Experiment with collaboration; it might take the work in an unexpected direction.

Given Zollar’s duel career as a choreographer and professor of dance at Florida State University, it isn’t surprising that Urban Bush Women’s core values are as closely connected to education as they are to performance. Here is where the company excels. Log on to UBW’s website, and you’ll find 12 distinct classes with titles like “Dance for Every Body” and “Kinetic Kids,” an array of offerings designed to appeal to the dancer and non-dancer alike. The company also hosts an annual Summer Leadership Institute in New Orleans, where the theme this year is “We Who Believe in Freedom Cannot Rest: Organizing for Racial Equality.” Participants — from professional dancers to artists to community organizers — gather to reflect on a relevant topic and hash out plans for action through jam sessions, dance classes, and strategic discussions. Here “outreach” isn’t just a fancy word for more technique classes (as is often the case with dance companies trying to bill themselves as community-friendly), it is a means to bring dance — and by default, Urban Bush Women — to non-concert goers and convince them of its relevance in the world. 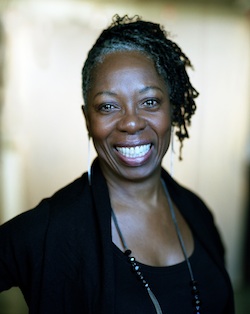 Zollar created the Summer Leadership Institute as a platform to support people in under-served communities who are looking for a creative outlet to express what’s happening around them. Take for example Troy Davis’ highly publicized and controversial execution in 2011, offers Zollar. She imagines a young artist might say, “I want to make a dance about [the Davis case] because I’m so pissed about it.” While this a valid point of inspiration, “if pain and anger is your only advisor, you won’t be served well,” says Zollar. “You need analysis and skill and research.” Enter UBW and Zollar’s long-term plan to create a permanent choreographic center where emerging artists can find the support they need to make high quality work.

And while most choreographers may not have the time or resources for such ambitious projects, they can certainly learn from Zollar’s “meet them where they are” approach. Hold discussions, distribute surveys, and engage on a more personal level with both current and would-be patrons. Take performances to them once and a while with an outdoor or community center event. Include a free class series and advertise in neighborhoods outside your usual audience demographic.

Finally, Zollar offers sound advice for choreographers who struggle with the age-old “I didn’t get it” complaint. Contemporary dance is an abstract art form, and many audience members find it hard to connect in the absence of a clear story line. “It’s about developing the curiosity for what you don’t know,” says Zollar. She takes inspiration from the visual art world where docent talks and placards on a museum wall help explain a work’s meaning, intention or origin. She advocates for pre-show talks that address what an audience will see as opposed to the usual post-performance discussion that can alienate the viewer. An informal reception following the performance is also a great way to facilitate one-on-one interaction and break down the wall between dancers and audience.

Over the last three decades, Urban Bush Women has become a model for the future of dance companies in America. Limited funding sources and more restrictions on granting organizations have forced companies to think outside the traditional performance season. And Zollar has taken that a step further to make dance and dance-making accessible to “every body.” She and her company share a belief that dance has the power to affect real change. “We want to bring that love to everyone,” she says, in a place where “people can feel safe and challenged.”

To keep up with Urban Bush Women visit www.urbanbushwomen.org.