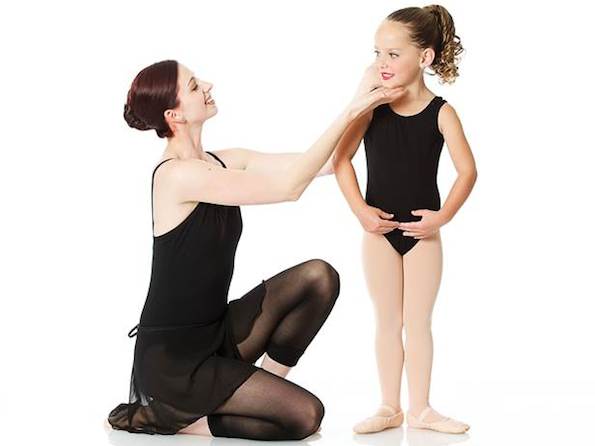 By Paul Henderson of Costume Manager.

Want your school to be taken seriously?

Here’s the one thing you can do to immediately and dramatically elevate your school’s standing in your community…and it’s pretty much free.

I was in the Navy a couple decades ago. I learned this saying in boot camp. How you do anything is how you do everything. This was screamed at us by a fiery company commander who wanted us to make our beds and fold our shirts…perfectly. I thought folding clothes and making beds was weird at the time. Now…not so much.

How you do anything is how you do everything. Wrap your mind around that one for a moment. I’ve traveled all over the country and talked to hundreds and hundreds of dance studio owners, costume companies, dance wear suppliers and dance instructors. The issue that still has me perplexed is the one thing that is, by far, the easiest to correct.

This one thing is so obvious and so simple that I’m almost embarrassed to bring it up.

This one thing is called image. Remember Andre Agassi? The brash young tennis player who took the sport by storm in the 80’s and 90’s. Remember his “image is everything” Canon commercial. Watch it below really quick:

Image is everything. Let’s assume that’s true; although, I’m sure there are some out there that would argue that image doesn’t matter. To those people I’ll offer this example.

Let’s say you’ve just inherited $100,000. You walk into a bank or an investment firm and ask to talk to someone about how to safely invest your money. You wait in the lobby for a few minutes and an advisor, who is obviously late to work, shuffles into the office wearing sweats, texting and drinking an iced frappuccino. Are you going to feel confident that she’s taking her job seriously and therefore qualified to advise you on how to invest a large sum of money? Are you going to feel confident that she even has any good advice to give? No. You are probably going to say, “nevermind”, turn around and walk out the door because you are talking about a large sum of money that you wish to preserve and grow if possible.

Would you agree that the mother of a beautiful, “above-average” three year old little girl considers that child to be invaluable and worth well over $100,000? To that mother, her child is the most important thing in her life. There is no amount of money that a mom wouldn’t give to ensure her daughter is safe, happy and well prepared for the future. So, when a mom who is new to your studio walks in and says, “I’d like to know more about this dance studio for my daughter”, she is going to make a decision in a fraction of an instant as to whether your studio should be taken seriously or not.

Besides the obvious cosmetic issues of a studio like cleanliness, here are things that she will consider.

You can actually do something about your school’s image that won’t cost any money. In fact, taking immediate action will actually earn you more revenue, decrease your marketing expenses and increase your profit. It’s going to make you feel and look better. It’s going to make your students learn faster. It’s going to result in more existing customers talking to more of their friends about you and your studio which will in turn make more dancers enroll in your classes. What is this one thing you can do to begin the road from 50 students to 800+?

Here it is. Always wear something professional in the office and teach only in dance attire from now on. Institute a dress code for yourself, your staff and for your dancers – at least for your little dancers ages 2 – 9.

Here’s why this works so unbelievably well. Mothers are typically the ones who enroll their daughters in dance class. Mothers have an idea in their mind of what the dance class is going to look like. They have imagined, in most cases, their daughter’s dance instructor will look like a proper ballerina. Think back to every movie or TV show you’ve ever seen where little kids were in dance class. What comes to mind? It’s usually a graceful looking instructor carefully engaging 10-15 dancers who are all wearing exactly the same thing. In the mother’s mind the dancers are having fun, but the class is structured…and totally adorable.

Put yourself in the shoes of a mother of a three year old. Which teacher is she envisioning when she thinks about her above average daughter becoming the most incredible dancer in the world? 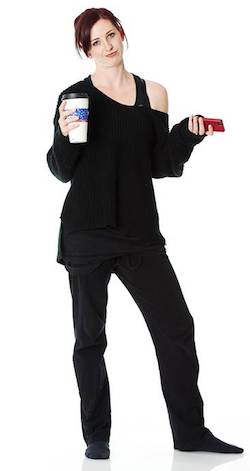 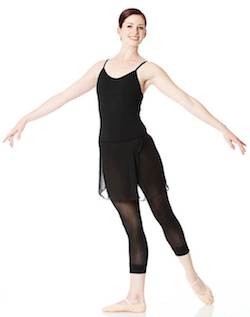 How does she envision her child in class? Like this? 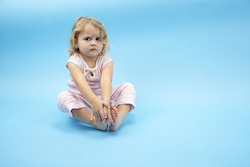 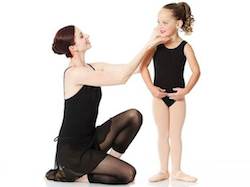 Disclaimer: the dancer pictured above is wearing makeup and jewelry in this photo because I also had her modeling costumes for performances that day and not because I believe very young dancers should be wearing makeup to class. Stage, yes. Class, no.

When I talk about business strategies with studio owners, I always recommend implementing a dress code. Here’s why. It immediately and dramatically sets you apart from every other studio in your area. Want to be taken seriously? Dress like it.

Here are the top reasons studio owners give me for not implementing a dress code.

Here are my responses to those objections:

To find out why a dress code will decrease your marketing expenses; or if you need help on how to institute a dress code that will elevate your studio’s image in your community and increase your enrollment and revenue, email me at paul@costumemanager.com.