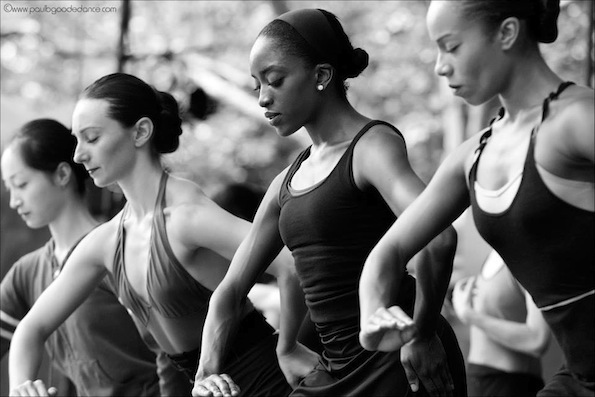 Black Swan and A Chorus Line notwithstanding, audition stress isn’t just for ballet dancers and Broadway hopefuls. Contemporary dancers who have their sights set on a “dream company” in New York City face the same improbable odds. Admission into big companies like Alvin Ailey American Dance Theater and the Paul Taylor Dance Company is often limited to those who audition and get into those schools’ summer programs. And because summer intensive auditions are held annually at various locations across the country, the number of dancers vying for just one or two spots in the company is often in the thousands.

For a variety of reasons — perhaps a preference to perform newer repertory or a desire to spend more time on stage and less time at “cattle-call” auditions — many dancers opt for smaller, “pick-up” companies. These companies hire dancers on a project-to-project basis and usually don’t offer long-term contracts. But because of limited budgets and resources, a pick-up company director may choose his/her dancers personally without an audition or, if he/she does hold an audition, it may not be widely publicized. In other words, you often have to know someone to get in. 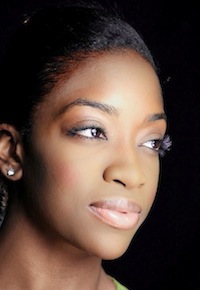 Both scenarios make the dance world a difficult place to enter but a wonderful place to live. If the right person is in the room — be it a big audition or a small class — the coveted “big break” can happen anywhere. Just ask Tamisha Guy who, at the age of 24, has already had two of them.

A native of Trinidad and Tobago, Guy moved to New York City for middle school and fell into dance by chance. She said representatives from Ballet Tech, the New York City Public School for Dance, “auditioned” kids at her school and chose those with a natural aptitude for classical ballet. “They came up to you and asked you to point your feet and do a few jumps,” she remembered. When she was chosen for the program, she was more grateful for the opportunity to “leave school for a few hours a week” than the chance to take ballet classes.

But what started as a welcome respite from her regular schoolwork soon became a passion, and in 2013 Guy graduated from SUNY Purchase College with a double major in dance and arts management. Right out of college, she landed a spot in the prestigious Martha Graham Dance Company and a year later began attending rehearsals with Kyle Abraham’s Abraham.In.Motion.

“I went in and things kind of clicked,” Guy said of Abraham, and soon thereafter, he asked her to join his company. 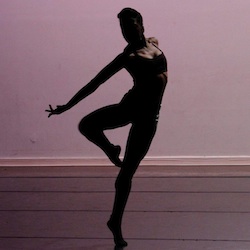 At first, dancing with both companies was manageable, Guy explained, but it quickly became impossible when Abraham announced his touring season. The decision was difficult, but ultimately, Guy said she “feels at home” with Abraham’s movement. She still enjoys a great relationship with her former colleagues at Martha Graham.

Perhaps it’s Guy’s positive, down-to-earth approach to professional dance that has made her so likable and successful. She believes hard work and consistency pay off, and she advised young dancers to “realize that you have a lot to learn and be honest with yourself.” For auditions, she said it’s important to know what you can offer and stay within those limits. “That way, there are no surprises,” she said.

Despite Guy’s practicality, she also knows aspiring young dancers have to standout in order to get hired. “Whatever you’re feeling, bring the passion right away,” she said.

Her audition advice? When learning repertory, “command the steps and get into the role right away. That’s your way of telling them you can do it.” But she also warned: “Don’t come off as cocky. Hold your head high, but not too high.” Confidence, asserted Guy, is knowing who you are and what you can do. Find your unique movement quality and don’t hesitate to show it off in auditions, she said. 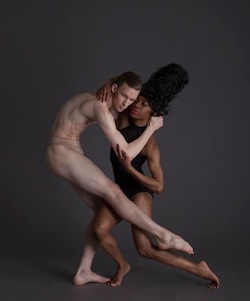 Tamisha Guy, right, in a promotional image for “When The Wolves Came” by Abraham.In.Motion. Photo by Carrie Schneider.

In a recent talkback after performing Abraham’s Pavement at the Ferst Center for the Performing Arts in Atlanta, Guy said the hardest part of the role was learning to embody a character who’s loud, aggressive persona is different from her own. Small gasps of surprise arose from the audience; her swagger seemed so natural, so easy that it was hard to imagine she was only playing a character. Soft spoken and quiet by nature, her dancing in Pavement was just the opposite — fiercely powerful and aggressive. But her movement was also delicate with a controlled subtly and attention to detail that made it difficult to look at anyone else on stage.

In Abraham.In.Motion, Guy said she saw “a ramp to paradise” and for now, could not be happier with her decision to join Abraham. “A dream besides this dream,” said Guy, is to join Wayne McGregor’s Random Dance in London, a company she adores. With her smart auditioning strategies and successful track record so far, it seems no dream is out of reach.