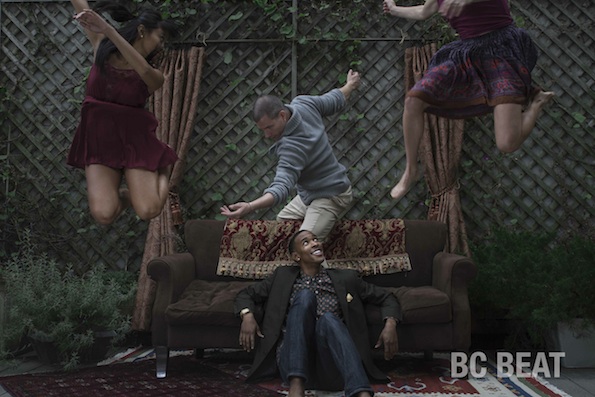 While most Broadway theaters are dark on Monday nights, the dancing doesn’t have to stop thanks to BC Beat. BC Beat, a biannual performance showcase for on-the-rise choreographers, transforms the traditional theater dance experience into more than a show separating the audience and the dancers by a fourth wall. It is a night of creative collaboration, community bonding, heightened energy and intimate support.

BC Beat, now having finished its eighth performance over the course of four years, takes over the popular Cielo Club down in the Meatpacking District. The club venue features a giant disco ball, a full bar, a DJ and a small rectangular wooden stage in the center of the space. Each BC Beat showcases eight young burgeoning choreographers who, in the past, have included the likes of Sonya Tayeh, Al Blackstone, Ricky Hinds and Cherice Barton. Styles range from contemporary to tap, and street jazz to pas de deux. But all pieces have one thing in common: they tell a story.

The most recent BC Beat, held Monday, November 10, included new works by Karla Garcia, Geoffrey Goldberg, Laurie Kanyok, Sean McKnight, Michael Mindlin, Derek Mitchell, Justin Prescott and Creative Director and Producer Jennifer Jancuska. The eclectic selection of choreographers brought unique pieces to the stage at Cielo. Garcia jazzed up the popular song “All About That Bass” with a sassy and seductive street jazz routine. Goldberg had a group of happy tappers time-stepping in unison as they waited for the subway train. And Laurie Kanyok performed in her own sensual and athletic duet. 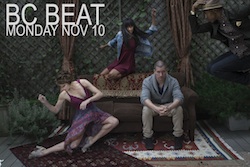 The concept behind BC Beat is groundbreaking in that it revises how we think of the traditional theater dance experience. We’re used to sitting in a velvet chair in a large, grand theater while we silently stare at the stage and politely applaud after each number. In BC Beat, however, these customary rules don’t apply.

With the stage at ground level in the space, onlookers at Cielo Club had to stand on tables and booths—creating more of a circular stadium effect where dance is done in the round. There is no front or back, upstage or downstage—dancers are literally enveloped by the audience. People were drinking, chitchatting and cheering throughout the performances. I initially found this extremely disrespectful, but as the evening went on, I realized that the casual, free enthusiasm of the audience seemed to fuel the dancers and made the performance more interactive—we, the audience, were part of the theatrical experience.

To top off the night, the show ended with a full-on dance party in the club where the line between performer and audience was completely erased. In an industry that is infamously cutthroat and competitive, this dance party-culmination of the evening perfectly reflects the mission of BC Beat where dancers support dancers—thereby cultivating the dance community rather than focusing solely on the individual.

To learn more about BC Beat and upcoming performances, visit www.bcbeat.net.