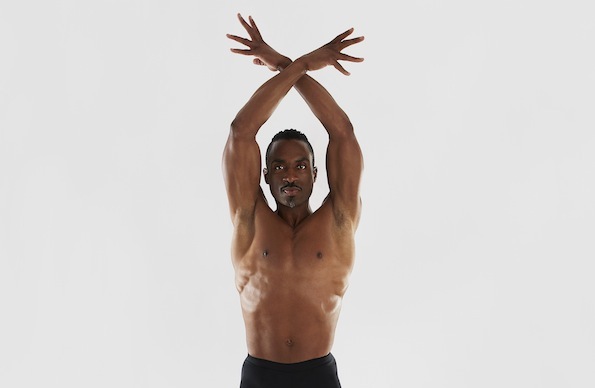 Desmond Richardson may be a household name for many of us, as he has had such an illustrious dance career and has enjoyed 20 years of success with Complexions Contemporary Ballet, which he co-founded. But did you know these facts about him?

Desmond Richardson is from South Carolina.

Desmond Richardson was born in Sumter, South Carolina on December 15, 1968. He lived there until he was three, before moving to Washington D.C. “We moved to Washington D.C. because my dad was a singer,” he told Dance Informa. “My dad and mom actually grew up in South Carolina,” he shared. “They had gone to school together and known each other since they were five!”

Desmond Richardson is one of four children in his family.

Desmond is the youngest of four children. He has two brothers and a sister, and his brothers are also artistic. “Both my brothers went to a high school for art and design, one for illustration and one for cartoon animation,” he shared. “I’m the only one still pursuing the arts now though.” Desmond’s sister is in social work.

We have PBS to thank for Desmond starting dance.

“My mom says I was always moving as a kid. So once I saw the documentary on PBS on Rudolf Nureyev and Margot Fonteyn, I thought, ‘That’s what I want to do. I want to learn how to do that.’ I’d begun doing street dance and hip-hop, but I still had no formal training at the time. That was my moment when I decided I wanted to dance and be like Rudolf Nureyev. I was 11 years old.” 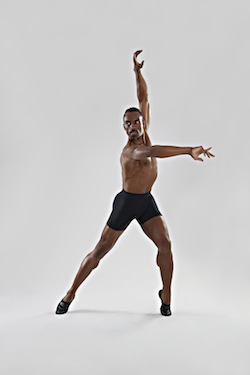 If he wasn’t a professional dancer and choreographer, Desmond would be a…?

“If I weren’t dancing, I’d probably be doing something physical because I love physical fitness and helping people, making sure they’re taking care of their minds and bodies. I’d probably be a personal trainer,” Desmond told us.

“At one point, I thought I’d do law but that has changed over the years. I’d more so like to be involved with physical fitness now because I believe it is so important.”

“I am a big knitting and crochet person,” he divulged. “I crochet very well. It’s something I picked up during my years at Alvin Ailey [American Dance Theater]. One of the dancers taught me how to do it and we began making sweaters and scarves. While we were on tour we’d pick up loads of fabrics in different countries and crochet. It was just something a lot of us did and I tend to do it a lot now too.”

The beef or the chicken?

Desmond’s favorite food is chicken. “It has to be chicken,” he says, “especially a good chicken salad with arugula and tomatoes.”

Is Desmond a morning or night person?

To find out what Desmond Richardson and Complexions Contemporary Ballet are up to this summer, visit www.complexionsdance.org.