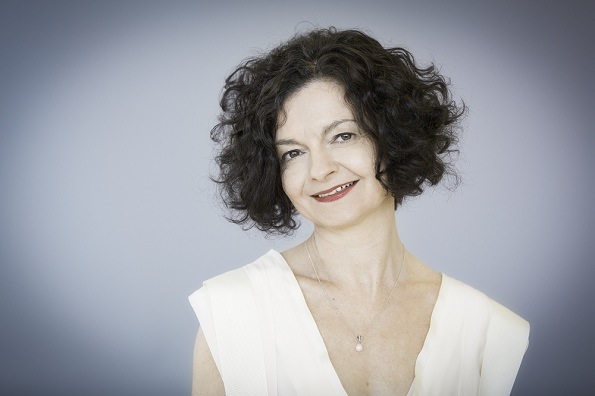 So goes the famous George Balanchine quote—and it’s a sensible summation as the epitome of the classical art form is inundated with images of ballerinas flanked in tutus and dazzling tiaras. Yet, despite this steadfast personification, only a handful of ballet companies are led by women, especially in America.

As to why this paradigm exists is difficult to pinpoint. However, the status quo has not stopped some influential females from taking the reigns of some of the largest ballet organizations in the world. Spirited, forward-thinking leaders, they impressively blend their artistic background with their business-minded ambition to propel ballet into the 21st century and give females within the industry an impactful presence.

A mover and shaker across continents, Royal Ballet of Flanders Artistic Director Assis Carreiro says she’s wanted to work in the industry since her first exposure to it. “If I was not good enough to be a classical ballet dancer, then I would work in other areas of the art form,” she says.

She got her first taste of arts management while a summer student at an Ontario Arts Council program, after which she was offered a position in the archives. This part-time gig evolved into a 12-year career with the National Ballet of Canada, dabbling in public relations, marketing, outreach and education initiatives. Now, in her new role, she looks forward to revamping both the national and international presence of the Royal Ballet of Flanders.

Taking the helm of the English National Ballet in August 2012, Artistic Director Tamara Rojo says she had an inclination to get involved in arts management during her performing career. “I saw the difference that management could make both in the development of dancers and to the art form in general,” she says. “I wanted to be part of it, trying to make a difference.” 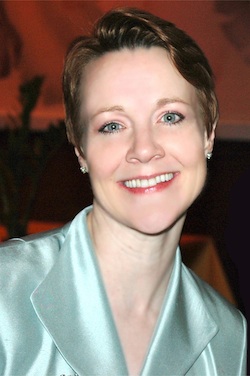 American Ballet Theatre CEO Rachel Moore claims to have been “bitten by the ballet bug” at a young age, but she never imaged she would run a ballet company someday. As a performer, she says she sought out ways to “expand herself” and, after studying philosophy at Brown University, envisioned working in constitutional law, fighting for arts advocacy. Then, after a “revelatory conversation” with a close friend, Moore explains how her aspirations changed.

Moore says her friend gave her the following advice: “If you really want to help artists you should help the companies they work for run better because that is where they have their jobs and that is where they create their work.” In her current role, she works closely with Artistic Director Kevin MacKenzie—partners of equal stature—and is able to do just that, help artists.

Carreiro acknowledges leadership is about creating an effective team rather than delegating; together they “set the vision and mission…maintaining the highest standards.” Moore agrees that powerful leadership stems from teamwork and she believes that is an asset women bring to management.

“I am a strong believer of team[building]; you hire really great people and listen to them,” says Moore, adding that she feels women are inherently more collaborative and interested in hearing others out. Having opposing views onboard makes the organization stronger—“at the end of the day, you need to make the call, but being respectful of broad perspectives gets you to the right answer,” she says.

Both Moore and Carreiro receive pushback sometimes from male donors or board members because of their gender. “There is a sense that they really cannot handle talking to women in power, but you just have to ignore it and prove yourself,” says Carreiro. Moore also strives to not let these situations get under her skin. She advises “coming across as knowledgeable…and taking the lead” to counteract these frustrations.

In England, Rojo feels many gender stereotypes in leadership roles were debunked years ago. However, for both females and males, Rojo hopes to banish the stereotypes surrounding a dancer’s physique; thus, facilitating a healthier work environment.

“I made sure it was clear from the beginning of my tenure as artistic director that dancers, both female and male, would be judged solely on their artistic and technical qualities as dancers and not on their weight or how they looked,” she says. So for Rojo, weight is simply not a factor when she is considering new dancers. 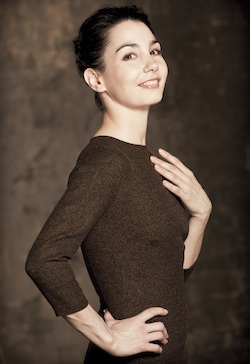 Carreiro believes one reason there is a lack of females in leadership roles is because women want to raise families, and they are uncertain they can have both. “A lot of women disappear from the profession at key points [like retiring from a performing career],” says Carreiro. “That affects the number of women in senior roles, which is a real problem.” It is possible to achieve success at home and at work. Carreiro hopes other women in the profession will come to this conclusion as well—she finds creative ways to maintain a balance between her work and personal life.

Finding time for both work and play isn’t a gender-specific problem; knowing when and how to prioritize work is a prevalent problem for men and women. Being proactive and pursuing opportunities are important aspects of leadership, but Carrerio stresses that going after personal ambitions is also crucial. While it’s easy to fall into workaholic tendencies, she reminds others “family is with you for life.”

Fostering a New Generation of Leaders

As Artistic Director of UK-based DanceEast, Carreiro spearheaded Rural Retreats, which she describes as “think tanks to get artistic directors…to openly and honestly discuss the challenges of the art form” in a setting away from the office. With one for current artistic directors and another for aspiring ones, Carreiro explains how the retreats give these individuals tools to navigate a position there is no training for.

“Most [directors] are ex-dancers unprepared for the big job,” she says. Bringing in CEOs and business savvy professionals from outside the field, Carreiro says the retreats give current and future dance leaders the opportunity to talk, exchange and grow without distractions of the day-to-day minutia.

She encourages others to go forward without letting fear be a factor. She adds, “Learn about every aspect of the company, not just the dancing. Be curious; saturate yourself so you have a breadth of knowledge and experience for the future.”

A reoccurring theme amongst all three women is to encourage females in the industry to have a voice, which Moore sums up as “well-defined, confident and organic to who you are.” Carreiro and Rojo build on this, advising women in ballet to be ambitious, but realistic, clarifying intentions and developing as many skills outside the studio as possible.

Women are gaining more prominence as directors in the dance industry, but there is still progress to be made. By embracing the opportunities, diversifying skills and staying open-minded, both male and female leaders can one day see equal footing.