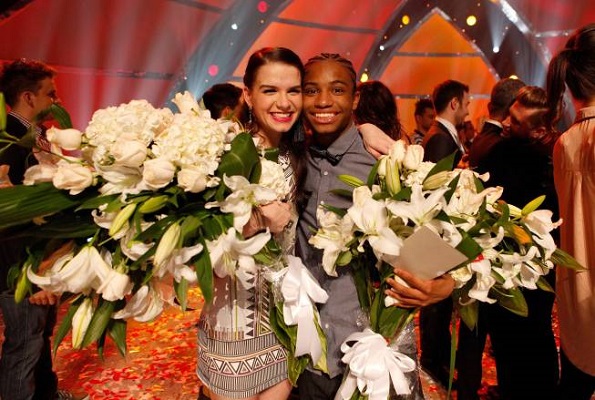 Another season of Fox’s popular So You Think You Can Dance has drawn to its conclusion and two more winners were announced. After an exciting season young contemporary dancer Amy Yakima, 19, from Northville, MI, and street dancer Du-Shaunt “Fik-Shun” Stegall, 19, from Las Vegas, NV, received the most votes. They danced off with a cash prize of $125,000 each!

To cap off another successful year, Nigel Lythgoe announced that Fox has picked up So You Think You Can Dance for an 11th season. Later this year, auditions will start across the country. Keep an eye of Dance Informa’s audition listings for all the details. In the meantime, Dance Informa spoke with Amy and Fik-Shun the morning after their win to hear about their experience on the show and plans for the future. 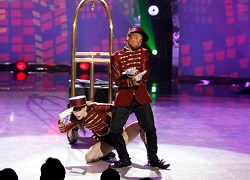 Amy and Fik-Shun were partnered together since the start of the show and it seemed to be a dream partnership.  The two tiny dancers, Fik-Shun being only 5’6” and Amy only 5’3”, were able to complement each other and dance big, despite their small stature. “We were definitely Team Small,” joked Amy. “I think we have the same work ethic.  We’re kind of perfectionists when it comes down to it,” she said to explain their success as a couple.  “At the start our chemistry just clicked right away because of how hard we worked.”

And that chemistry is something that the judges and viewers alike picked up on, labeling them a cute couple. So are they dating? “Well, what America doesn’t know about Amy is that she has a boyfriend,” said Fik-Shun. “It’s definitely not happening, but we are friends.”  “We’re just really close, really good buddies,” added Amy. 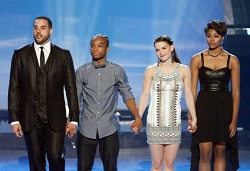 Although the two were always standouts from the beginning, they were still very shocked to have won.  “I was really surprised that my name was called,” said Fik-Shun.  “It was really cool because Aaron is a tapper and I’m a street dancer.  I don’t think there has ever been a tapper and a street dancer in the finals.”

“I was so surprised.  I had no idea,” said Amy.  “Jasmine is a beautiful dancer.  We’re completely different, though.  She dances way longer and more extended.  When it came down to it, we were just completely different dancers in different ways.  It didn’t really matter to me who won. We had an amazing journey.”

Next on that journey is the SYTYCD Tour, which both dancers are looking forward to.  “I’m really excited about the tour. I’m excited to go travel and go see different places”, shared Fik-Shun. 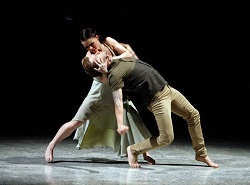 Amy knows that reality fame is only short lived and that it’s up to her to make her way in the industry.  “It’s just the beginning.  We’ve only done So You Think.  We’ve got to get ourselves back out there, because now it’s on us to dive into the dance industry,” she explained.

Before the show the two were at college. With such success on the show will they go back to school or put it hold for now? “I’m planning on still studying. I’m going to keep taking classes online. One of the things I’ve always wanted is to never put my dance career on the side for school.  I want to do it all at the same time. I want to make room.  I know that’s a lot to put on my plate, but I only have one life, so I’ve got to do it all now,” said Amy.

“When I was going to school, I was studying communications, because I figured if I’m not dancing, then I’m probably talking,” joked Fik-Shun. “As far as right now, I’m going to probably put school on hold until after the tour.  Honestly, my goal and my dream has always been to be a dancer first.  Not that I don’t appreciate having a good education, but right now I really want to go as hard as I can in my dance career and just focus on Plan A.”

The prize money that the pair won will help them pursue those plans. “I will definitely use some of the money for training in dance more.  We always can get better at what we do,” said Amy.

With checks in their pockets and the fame of this season’s win these two have a great spring board from which to leap. We wish them much success and look forward to seeing them soar.

Photo (top): Amy Yakima and Fik-Shun are named ‘America’s favorite dancers’ in the season ten finale episode of So You Think You Can Dance. ©2013 FOX Broadcasting Co. Photo by Adam Rose.