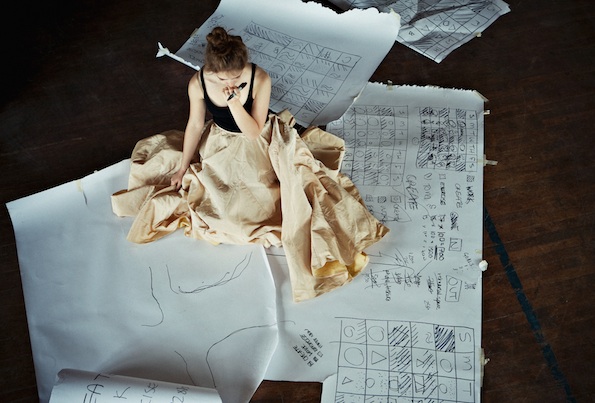 Charlotte Bydwell is taking her career into her own hands. After graduating from the Juilliard School in 2009 and performing in the work of New York City-based choreographers Monica Bill Barnes and Larry Keigwin, she has decided to branch out and create her own work.

A lot of her own choreography is highly informed through her acting studies, something she has kept up since her Juilliard days as a student of the British Academy of Dramatic Arts and company member of acting troupe The Bats. This month, she will present her first evening-length solo performance, Women of Leisure and Panic, as a part of the New York International Fringe Festival.

Bydwell spoke to Dance Informa about her early inspirations, how she is incorporating her acting and dance training, and why it’s important to develop a consistent creative practice. This is the second interview in a new series on emerging choreographers titled “Budding, Not Yet Blooming.” Stay tuned for next month’s profile on select Chicago-area choreographers.

“I was initially drawn to choreography because it was an opportunity to inhabit characters on stage and to tell stories through movement. As a teenager, I was introduced to Alexandra Wells from Juilliard and she really encouraged me to keep developing my solo material. I also had the opportunity to do a workshop with [choreographer] Margie Gillis while still in high school and that was truly life changing. Margie has made a career out of listening to the characters inside of her, following her impulses and trusting her creative inspiration. She reminded me that the exploration of my own imaginary world is what drew me to dance in the first place. I think about the things she imparted to me all the time, inside and outside of the studio.” 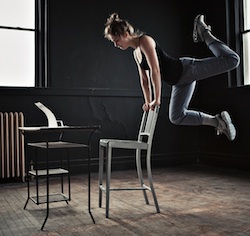 “I usually start with one very simple image, something that is very clear and maybe even quite pedestrian, then I try to expose the many possibilities that can emerge based on this seemingly minimal starting point. I like the audience to be surprised by how the elements will add up into something new and unexpected through the work, to get them excited by how an image can progress from beginning to end.”

“Combining my dance background with my more recent work as an actress, I also like to explore the juxtaposition of the physical and the verbal; to figure out when one is more useful than the other or when they can be used to perfectly compliment each other’s strengths. I will use language to give the audience just enough to understand where we are and what the world is, then create a very specific physical language to enhance the depth and emotional undertones of the circumstances. There is a lot of humor in my work too, which I think comes from not being afraid to show myself in awkward and inelegant moments on stage!”

What do you think is the biggest challenge for emerging choreographers? What are the strategies you’ve employed to navigate that challenge?

“I think the biggest challenge is finding a way to have a consistent creative practice. I’ve learned that the most important thing to have as a developing artist is the time and space to just make things, regardless of whether they end up being successful works. In today’s economic climate with limited funding for the arts, the emphasis is always on delivering a perfectly polished final product. This kills the idea of being ‘in process.'” 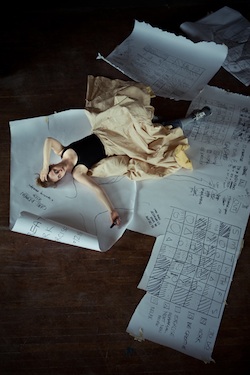 “In dance, I think it can be particularly challenging to maintain a consistent creative schedule because there are pressures to work in an appropriate space, with other dancers and in a way that is safe for your body. I’ve worked around some of these complications by creating solo work and by exploring my voice as a writer, which allows me to work wherever and whenever I feel inspired to.”

What does the title ’emerging’ mean to you?

“To me, the word ’emerging’ indicates that you are still in the process of building a body of work. I think it signals to audiences that you are still in development and that you are searching for the kernel that may become the foundation of your identity as a creator. It also gives you the space to throw them [your audience] a curve ball and to reinvent yourself with each new creation.”

What are the next steps for you?

“I’m going to be remounting my first evening-length solo show, Woman of Leisure and Panic, this summer as part of the New York International Fringe Festival. The show premiered at 9th Space (P.S. 122) in May 2011 as part of the 8th Annual soloNOVA Festival and was nominated for a New York Innovative Theatre Award for Outstanding Performance Art Production. After seeing a subsequent performance at the Center for Performance Research, Heber Villergas translated the work into Spanish and it was produced in Mexico by an all new cast and crew. I am very excited to be remounting the work in NYC and look forward to sharing it with new audiences!”

Woman of Leisure and Panic will run as part of FringeNYC from August 11-23 at The Theatre at the 14th Street Y. The full performance schedule and other details are available at womanofleisureandpanic.tumblr.com.