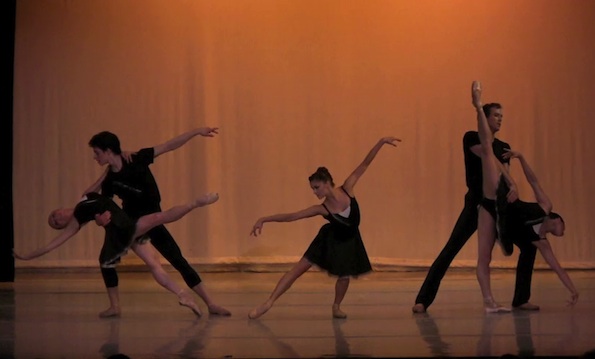 This summer, dance fans will be given the opportunity to see new works by new choreographic voices within the ranks of American Ballet Theatre (ABT). The performance series, ABT and Friends, will be held at the Lake Placid Center for the Arts on Friday, August 9.

The event’s founder, former ABT and New York City Ballet dancer Anna Liceica, says she feels that “it is our duty as artists to promote new works and fresh talent that will take our art form into the future.”

The series had its first run last summer when dancers from ABT and guest artists performed at the Southern Vermont Performing Arts Center. This year, ABT and Friends will present an evening called Classical Moves with works by ABT dancers Gemma Bond, Mikhail Ilyin, Zhongiing Fang, Daniel Mantei and Vitali Krauchenka. There will also be excerpts from legendary ballets like Le Corsaire, Sleeping Beauty, Giselle, Paquita and Carmen. 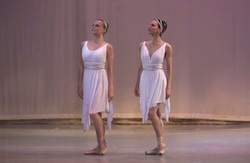 Liceica says that she was first inspired to produce such an event during her own experiences performing as a guest on touring groups established by Heather Watts and Damien Woetzel and also Angel Corella. She also saw great potential in ABT’s now defunct Innovation Initiative, which gave young choreographers within the company the chance to show their work.

An opportunity arose for Liceica last year, when she was able to organize the first of her series. “This year, knowing I had started a good thing, I went ahead and took the initiative of calling the Lake Placid Center for the Arts, where I have danced in the past. The timing seems to have been right, as they were looking to cast another dance program this summer,” she says.

Although Liceica says the process of organizing the event and dealing with budget constraints is stressful at times, the final product is something she finds rewarding and satisfying.

“Nevertheless, I do make it work somehow, and I wish to continue this program and mission, not only to promote new works by young choreographers from the ranks of ABT, but also to bring ABT talent out to theaters and audiences that do not normally get to see these extraordinary dancers on a regular basis,” Liceica adds. “I hope this will continue to evolve, expand to new places and theaters throughout the U.S., as time and budget allow.”

To purchase tickets to this summer’s Classical Moves – An Evening of Dance with Members of ABT and Friends, visit http://www.lakeplacidarts.org/Calendar-of-Events.html.