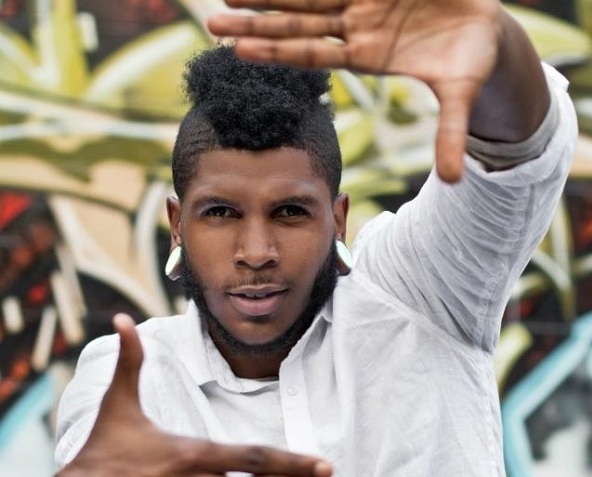 How did the crew begin? Who are the founding members and why did they decide to start this crew?

Tasha Allen: Dragon House was created by Julius ‘ iGlide’. He moved a bunch of his dancing friends into his three bedroom apartment that he shared with two of his best friends Tasha (Baby T) and Bryan (Chibi) Gaynor. 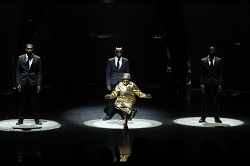 Dragon House performs in the Season 9 finale of So You Think You Can Dance. ©2012 FOX Broadcasting Co. Photo by Adam Rose

Where did the name Dragon House come from?

Tasha: It was officially named “Dragon House” by two of the original members, Freakshow and Glitch [Glitch, a.k.a Cyrus Spencer, was a Top 4 dancer in the recent Season 9 of So You Think You Can Dance]. The original members are NonStop, Chibi, iGlide, Freakshow, and Glitch. As time went on, the crew increased in size and the powerhouse of a crew we have today is now one of the most well known dance crews around.

How do you describe your signature style to people who are not familiar with it?

Kenneth Paryo: My style is musicality. I love to point out parts in music that most people don’t realize are there, or parts that make people say, “I wouldn’t have even thought to dance to that”. I also like highlighting key lyrics in music (if any) to make the experience entertaining for whoever is watching.

Boris ‘Top Knoch’ Penton: I started to branch out more into waving and tutting as I grew older.  From just dancing around for some years I eventually got more into popping and animation as people may have seen on So You Think You Can Dance. As a unique individual with a unique style of dance it is my priority to spread the art of dance to the world as much as I can. I enjoy spreading the gift that God gave me to inspire dancers or people that don’t even dance. 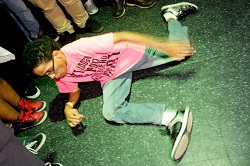 How have others come in to the crew? Or, has it remained mostly the same since the start?

Tasha: Basically, we consider ourselves a family and when Dragon House started we gathered our dance family and started a movement. Currently there are 23 members in Dragon House and we are consistently growing. Dragon House features Remote Kontrol, who was featured on So You Think You Can Dance, as well as Marquese ‘Nonstop’ Scott, who has the extreme viral video, Pumped up Kicks, on YouTube.

Who inspires you as a dancer and/or choreographer?

Boris: I was first inspired by Michael Jackson when I was in elementary school. From there I started moon walking and gliding around the house all the time.

Kenneth: Most of my dance inspirations are within my crew, such as Nonstop and Droid for creativity. But outside of them, I am definitely inspired by Kite from Japan. 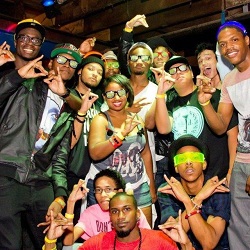 Why is it important for you to get your crew and style out there for people to see?

Kenneth: I believe Atlanta has some of the most talented/creative dancers in the world, and we (Dragon House) are helping the world to see that as we gain more fame.

What’s next for the crew? What are your hopes for the future?

Boris: A few years from now I see our crew doing some big things and touching and moving peoples hearts.