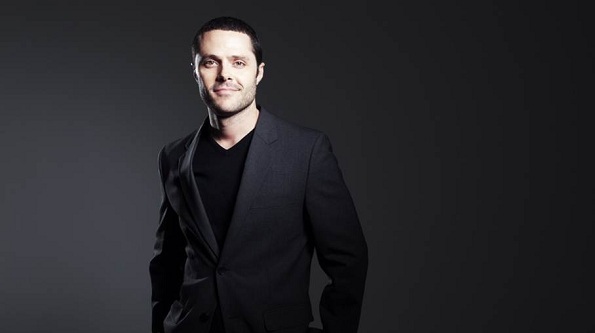 NYC based dancer and choreographer Joshua Bergasse has risen to fame for his work on the NBC hit Smash which follows the development of a new Broadway musical, Bombshell. Recently receiving the 2012 Emmy for Outstanding Choreography, Bergasse has a long list of dance and choreographic achievements and is a sought after theater dance teacher. With season two of Smash ready to air on NBC this February, Josh spoke with Dance Informa about the success of the show and what we can expect from season two.

Produced by none other than Steven Spielberg, Josh knew that Smash would be a success right from the beginning. “I knew that I was joining something very special when I was brought on board with the names involved including Spielberg, the cast, and the backing of the network”, Josh shared. “I was excited about it. I hoped that it was going to be a big hit.”

Even with such a supportive team, the creation of such a show has been a challenge for Josh. “My biggest challenge on Smash is the schedule because we’re not like any other TV show. It’s different because we are shooting twelve hours a day and the same people that are filming also have to find time to record music, and go to dance rehearsal. It’s hard trying to find the time for dance rehearsal in-between their shooting scenes, and then they have to record the music, go to makeup and hair, and then do all the other things involved in show.” 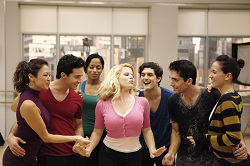 A scene from season one of ‘Smash’, as seen on NBC.

The cast of such a drama is filled with triple threats who can sing, act and dance up a storm, but what about the star Katharine McPhee who was runner-up on the fifth season of American Idol? Known much more for her singing than her dancing, Josh explained that “people didn’t know that she had a dance background, so she surprised a lot of people. Kat studied dance when she was a kid, she grew up studying dance. For her it was kind of like riding a bike, you just hop back on. I think at the beginning of the season she was a little nervous about it, but as we went on she really got comfortable with it again.”

So what was it like to work with McPhee? “It’s really great to work with her,” shared Josh. “She has a great dance vocabulary and she’s kind of game for anything.”

Happy with the huge success of the show and the creative license given to him, Josh said “it’s been a really fun ride!” With much dictated by the writers, Josh does get some freedom choreographically within the boundaries of the script. “What I’m doing is really dictated by what happens in the story and the music, but I’m kind of free to do what I prefer to do choreographically.”

With a theater background, Josh never expected to be working in television. “If anybody said to me a few years ago that I’d be working on a TV show as the choreographer, I would have laughed. It really is a dream come true.” But Josh hasn’t found the transition from stage to camera too difficult.  “As the choreographer of Smash most of my assignment is about me choreographing a number that could take place on stage. Normally we shoot our numbers on what would be a Broadway stage. Then once we start shooting we find different angles and the camera just adds another dimension.” Some pieces are much more difficult though. “There are other numbers we do that require some special effects or a lot of stops and starts and it’s only after the editing that you really see the whole thing through,” Josh explained. “When you have it in parts with different stops and starts it’s hard to keep track of everything and remember exactly what you have, where you left off, and where you have to begin the next shot.” 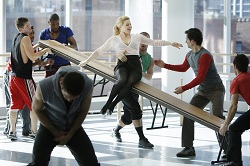 A scene from season one of ‘Smash’, as seen on NBC.

With much of the show directly transferable to the stage there have been rumors about Bombshell actually becoming a Broadway hit. “There was a lot of talk of that in the beginning and it’s a great idea, but I think right now everybody is just really focused on the TV show because it’s so all-consuming. If you watch the TV show you see how much work there is in creating a Broadway show, so there’s no way that this team would be able to do both at the same time. I think you’d have to bring in a whole new team to do that, or give us a nice long break”, Josh laughed. “I would love to see it and I would love to be a part of it.”

With season two set to start airing on February 5, Smash fans are eager to view the new chapter. “We’re going to do eighteen episodes this season, which is three more than last season”, shared Josh. So what can we expect to see in these eighteen episodes? “In the second season you can expect the trajectory of two shows: Bombshell and another new show. So instead of following one you’re following two shows,” Josh divulged. “And you can expect more great guest stars including Jennifer Hudson and Harvey Fierstein.”  Season two is set to please. “I think we’re trying to stay surprising people”, said Josh. “We’re trying to change things up a little so it’s not just the same thing we did last season and we’re trying to kind of push the bar with our musical numbers.”

Winning an Emmy for his choreography for season one was the icing on the cake for Josh who cites Smash as his “absolute career highlight.” We look forward to seeing Josh’s work in season two of Smash.