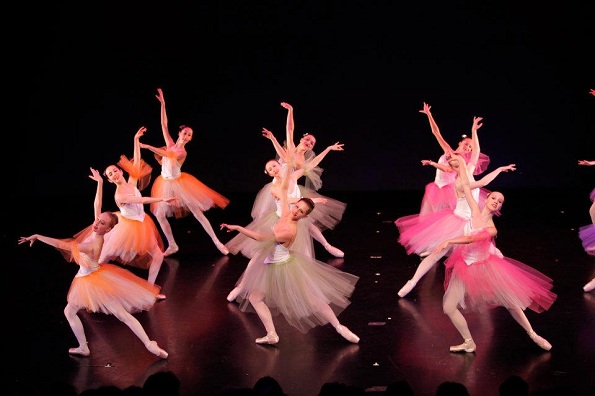 The world of classical ballet in America is riddled with abbreviations, from the training level — SAB, JKO, CPYB — through to the highest echelons of the profession — NYCB, ABT, SFB, PNB… The ponderous list of schools, companies and styles could easily send a dance parent attempting to determine the educational and professional fate of an eager, talented child into an anxious state. After all, choosing the wrong training program could positively destroy a promising career, could it not?

One successful school in New York City is leading by example to oppose this narrow mentality. Founded by Rose Caiola as Studio Maestro in 1995, Manhattan Youth Ballet (a.k.a MYB) provides pre-professional classical education to young dancers from around the nation. Alumni have gone on to dance with companies such as American Ballet Theatre, New York City Ballet, Nederlands Dans Theater, and Barcelona Ballet, among a wide range of others.

What makes MYB more than just another abbreviation for high-quality classical training? “We don’t try to be like any other school,” MYB Head Faculty Deborah Wingert says. “We just want the best out of our kids.” Wingert’s phrasing highlights a key aspect of the MYB ethos: talent, intelligence, and artistry all exist within the school’s students. The job of its teachers is to draw these possibilities out of their pupils — understanding that these possibilities vary from child to child — rather than impose a particular aesthetic or notions of right and wrong, good and bad upon them.

This open and encouraging atmosphere does not, however, bar the development of solid technique. MYB adheres to a clean, graded curriculum with a firm basis in the Vaganova method. But whether in the classroom or on the stage, students are reminded that ballet is not always black and pink, nor is it an insular, stagnant art form. “It’s important that our students get a strong base, but are well-rounded,” Director of Programming Erin Fogarty affirms. “Every company you see, from NYCB and ABT, to the Bolshoi and Nederlands Dans Theater — they’re all doing everything. The technical aspects of each style are so important and really relevant in today’s world.” 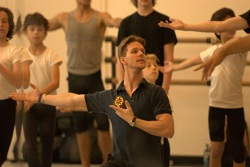 In light of this reality, MYB both nurtures individual aptitudes and nudges its charges in new directions, a strategy facilitated by the academy’s diverse roster of educators. The permanent faculty includes Wingert, NYCB alumna and Balanchine repetiteur; Fogarty, once a member of Carolina Ballet and Ballet NY; Head of Classical Repertoire Marina Stavitskaya, a former Kirov dancer and a graduate of the Vaganova Academy; Head of Primary Levels Natalia Boesch, whose performance resume features contracts with PNB, ABT, and Staatsballet Berlin; Artistic Advisor Daniel Ulbricht, a current NYCB principal and frequent MYB guest star; and Choreographer-in-Residence Brian Reeder, an internationally-respected dance-maker whose performing career spanned continents.

Given this all-star team of artists, one might imagine that MYB has more than enough resources to provide its students with a comprehensive, versatile dance education. Yet one of the school’s greatest assets, its leadership insists, is that it refuses to remain an island. “The fact that we have a rotating group of guest teachers that is constant and consistent is a huge help” in creating the ideal learning environment, Wingert says. “We [the faculty] also try to go out and teach various places… We share those experiences and inform one another of those different worlds.”

By reaching into the greater dance community, MYB is not only enriching life within its studio walls, it is building an extended family for itself — a family upon which Wingert and her colleagues frequently call on their students’ behalf. “We have students in companies around the country, and we stay in touch with them,” says Boesch. “Erin knows a lot of directors, I know a few… and we call them when we’re sending our kids out to audition.” It is this notion of palpable care for and pride in its student body that sets MYB apart from the region’s larger schools.

And that sense of care and pride is naturally non-discriminatory. Wingert, Fogarty, and Boesch speak about alumni who chose to pursue other interests upon leaving the school with as much respect and admiration as they express for those working as dancers. “Sometimes, the kids realize they’re not going to be dancers,” Wingert reflects, “and that’s okay with them because they know that what they’re doing is real.” Boesch adds, “It’s a professional level of training, whether they’re going to be professional or not.”

A crucial facet of that professional education revolves around attitude — how students behave with teachers, peers, and guests. The positive, familial philosophy surrounding MYB comes from the top down, according to Fogarty, who cites the magnanimity and vision of Executive Artistic Director Rose Caiola as an inspiration to the faculty and their ever-receptive pupils. “I don’t want to paint a perfectly rosy picture that there’s no competition [amongst the students],” Wingert admits, “but there is a sense of generosity and sharing, and they do look out for one another.”

As far as competition is concerned, none of the school’s dancers need fear that he or she will be left off stage. MYB presents shows throughout the year in the black box theater of Manhattan Movement and Arts Center (MMAC), the modern performing arts complex that the academy has called its home since 2008. Caiola’s vast experience as a producer in the performing arts world ensures that students will always have ample opportunity to learn and present classic repertory and to experience new works, often as they are being created.

In June of 2012, MYB made history as the first school to perform Jerome Robbins’ jazzy Interplay. Earlier in the year, Wingert and Boesch collaborated to set A Midsummer Night’s Dream on their students, with Ulbricht guest starring in the role of Oberon. “We’re always lucky that we get beautiful Balanchine,” Wingert says, and with a full-length performance of Serenade in the works, this year is no exception. Selections from The Sleeping Beauty, set by Stavitskaya, will round out the spring season.

But before ringing in the New Year, MYB will revive a work that is rapidly becoming a local classic in its own right: The Knickerbocker Suite. Much more than a mere alternative to that other holiday staple, The Nutcracker, the hour-long Knickerbocker — scheduled to run from December 12 through the 16th at MMAC this year — presents a richly entertaining, family-friendly story set in culture capital New York City. The show gives kids and their parents something they can relate to, Fogarty and Boesch explain. It brings recognizable aspects of the city, like the Statue of Liberty, the angels at Rockefeller Center, and iconic sports teams, to the stage. The festive ballet even offers up a dancing posse of peculiarly coordinated pigeons. “Knickerbocker reminds our kids that art can be made out of what we live with every day,” Wingert asserts. “That’s the magic.”

For students at Manhattan Youth Ballet, such lessons about their practice are integral to the education they receive year round. The thriving school, fast approaching its 20-year anniversary, continually strives to address not only dance technique and artistry, but the intelligence and flexibility necessary to truly excel in the art form. And that type of three-dimensional training, Wingert says, “prepares you for life — it’s not just ballet.”