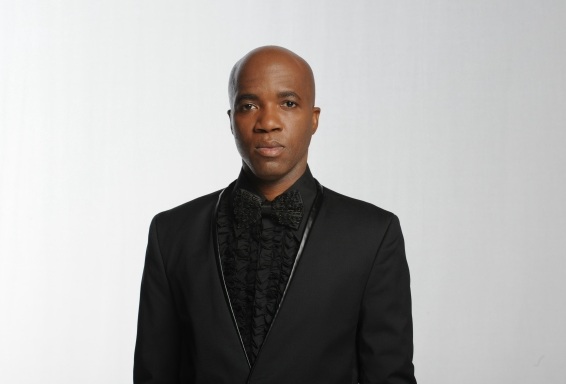 Dance Informa’s Tara Sheena spoke with acclaimed Alvin Ailey American Dance Theater dancer and choreographer Troy Powell in late September as he was about to embark on his first season as Artistic Director of Ailey II. Powell spoke about his past influences, the exciting new repertory for this season, and what he hopes to accomplish in his new role.

Actually, no, because I have been working with [former Ailey II Artistic Director] Sylvia Waters for the past several years as the designated Associate Artistic Director, choreographer, and teacher. I think the main thing is the fact that I am not as involved in the studio as much as I’d like to be. That’s my passion. There’s a lot of administrative stuff to do. Nothing has drastically changed though. Not yet, at least. I was very well groomed by Sylvia Waters, Judith Jamison and even Alvin Ailey, who I met and worked with as well. Let me just say ‘it’s all in the pocket’. They [Waters, Jamison and Ailey] really set a precedent in making sure [to groom] the next generations for positions like this. For me, the road map is clear. Of course, there are going to be some challenges, which I am up for. We’ve got seven new dancers this year.  With me being new, my rehearsal director being new, and a new crew, this year’s all about new. That along with a lot of the traditional stuff in the repertory makes a great balance and a great combination. 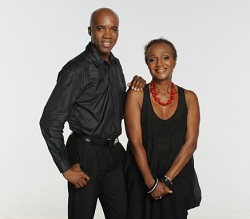 This combination of the old and the new is clear this season. I see the ‘new’ in the three new commissions you have this season: Benoit Swan-Pouffer, Amy Hall Garner, and Malcolm Low.

I had really been influenced by Amy Hall in the way she worked – her process. She really, really digs into the dancers. Her piece is about energy and consistency. It’s very vibrant, it’s very bright and it’s very fast.

I brought Benoit Swan-Pouffer in because he’s a much more seasoned choreographer who has a company – Cedar Lake Ballet. I wanted the dancers to work with someone of that status. Not just so they can be seen by him, but I wanted them to work with a choreographer who was going to dig into them and get these dancers to start working more on a professional quota. He brought the energy of how he works with his company to the dancers of Ailey II. 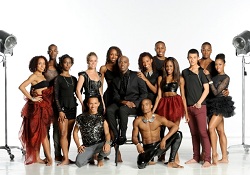 Malcolm Low comes from a postmodern background. You know, there’s really no postmodern anymore. That kind of died out. So, now the dancers are training, training, training to get their ability, their technique and their physicality but Low’s movement is totally relaxed and thrown with feet not pointed. It’s vulnerable, yet powerful, in a way.

You’ve been a part of the Ailey family forever. Were there any big takeaways from your years in the Ailey company that you brought to your role as director?

Definitely. I have watched my mentors so closely: how they taught and what they said. It’s funny because when I stopped dancing and started working with Ailey II, I was a choreographer and I began to see what was on the other side of the table. I guess it seemed natural because I just loved to give back and I was very passionate about the next generation and about giving them the same type of nurturing and grooming that I got as a dancer. I remember Alvin Ailey saying, “You are the next generation.” He really, really [emphasized] the fact that we were human beings before we were dancers and we were expressing ourselves through what we were experiencing and going through as individuals. That is what I want to bring to the table.

Did you know that you wanted to be on the other side of things as a director?

It kind of happened naturally. I didn’t think I was ever going to be the Artistic Director of Ailey II. As dancers and choreographers we think to ourselves, “Oh, I love teaching. I love choreographing. It would be great to have my own company.” You know? You think it’d be great but I just never thought that it would happen. It’s hit me so much harder now because I look back on my past and I think how far I’ve come, how hard I’ve worked and how passionate I have been, and I am very blessed. I am very honored to be in this position. I still feel passionate. I am not drained, I am not too busy, it’s not too crazy, and it’s not going to get that way. I want to stay at a pace where it’s easy and stress-free and we are all enjoying it, we are all having fun, and we are all passionate about it.

Is the company doing any of your work this season? Or, do you have future plans to choreograph on the company?

What’s your vision for Ailey II?

I definitely want the company to evolve in a way that it’s not just a second company. I want to work more on a professional level, so that’s why I am challenging the dancers with bringing different choreographers in, as well as doing a lot of traveling and bringing in rep that I danced – rep that Mr Ailey choreographed. I am bringing in those traditional works because those are the ones that made me grow as an artist. I want these dancers to be able to grow in a way where when they leave Ailey II, there’s no question that they’ve received two years of grooming and training in the most professional way.

Keep up with Ailey II on the road this season at  www.alvinailey.org/aileyiitour