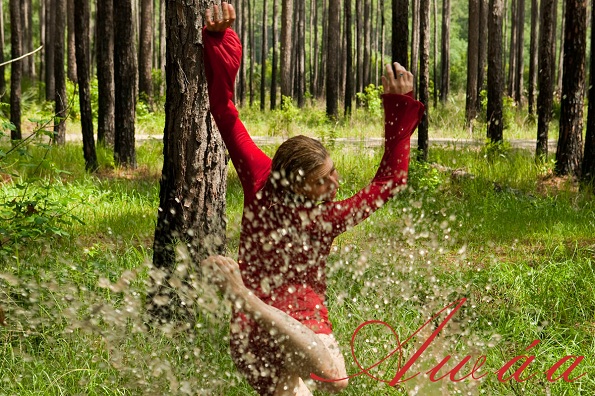 Since its launch in 2002, Aszure Barton & Artists has astounded audiences with its innovative productions. Performing the dynamic choreography of its artistic leader, Aszure Barton, the evocative troupe continues to carve out its own space in the vast genre of contemporary dance with an ambitious fall schedule that will take the company to three different countries and highlight two of Barton’s exploratory works.

With featured works for some of the world’s most reputable dance companies as well as original choreography for Broadway, film and television, installation projects, and special outreach initiatives, Barton has earned international acclaim as an artist on her own accord. Her accolades are impressive, including the Banff Centre’s 2012 Koerner Award for Choreography, and she is the Official Ambassador of Contemporary Choreography in Edmonton, Alberta, Canada. But her progressive company of artists offers her the opportunity to delve in even deeper to her artistic vision, allowing for a more intimate atmosphere and extensive collaboration with other artistic disciplines. 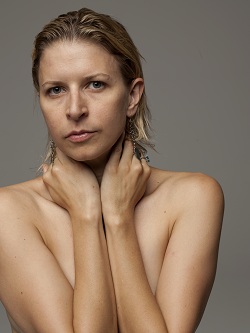 Born and raised in Alberta, Canada, Barton began her journey with movement as a young child. She received her formal training at the prestigious National Ballet School in Toronto and, from early on, her choreographic voice began to take shape. “I choreographed when I was a child and then started showing the work publicly on stage at fifteen at the National Ballet School,” she says. Barton has always loved both moving and making movement, but she sites choreographing as her “deepest passion” and most “fulfilling form of communication.”

A number of different artists inspire Barton choreographically, including Brahms, Gene Kelly, and Samuel Becket, to name a few. But it’s clear that her dancers and collaborators are a highly integral part of the creative process. She is drawn to dancers who exhibit “honesty, commitment and trust” as well as an interest and willingness to collaborate. She finds artists in “many different ways,” and is thankful “there are so many incredible dancers in the world.” When describing the aesthetic of her company and the style of her movement, Barton uses adjectives like “constant evolution, heart-driven, fun, [and] sensitive.” Yet, her process is not defined by any specifics and varies from piece to piece. 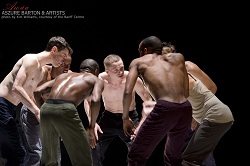 This fall, ten dancers and a team of twelve collaborators will join Barton and embark on an international tour, which will take the ensemble of artists to Austria, Arizona, and numerous cities across Canada. The troupe will present two of Barton’s collaborative works, Awáa and Busk.

Awáa, one of Barton’s more recent works, received its European premiere in October in Austria. With an “original sound score” designed by Lev “Ljova” Zhurbin and Curtis Macdonald, Barton says the piece “considers the hard and the soft, the curved and the sharp memories of the feminine…the work has everything to do with the artists involved and the time spent creating together.” With a continuously developing and evolving artistic outlook, Barton hopes the piece will offer something new and engaging for its viewers and participants. “I am a strong believer in allowing the dance to speak for itself and I hope that each person present will have their own individual experience with no imposed limitations.” 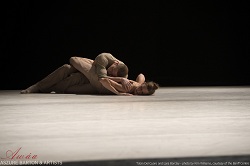 Creating Awáa involved a three-month process at the Banff Centre in Canada. During this time, Barton and her team of artists constructed each element of the work: music, film, lighting, costumes, and movement. “Everything was created simultaneously in residence. It was a dense and very intense process. The artists worked their [butts] off, and I am very proud of what we accomplished together.”

Barton says touring plays a “significant role” in the company. However, she stresses that “creation and process” are truly at its core. As the company and her commissions continue to grow, Barton maintains her humbleness and gratitude towards her collaborators and supporters. Her ambitions are unpretentious, candid, and to the point. In the coming years, she plans “to continue creating with fantastic people.” When asked what is on the horizon for her choreographically, she replies simply, “lots of creation.”

Aszure Barton is going to be awarded Canada’s Arts & Letters Award in November at the Maple Ball in NYC.