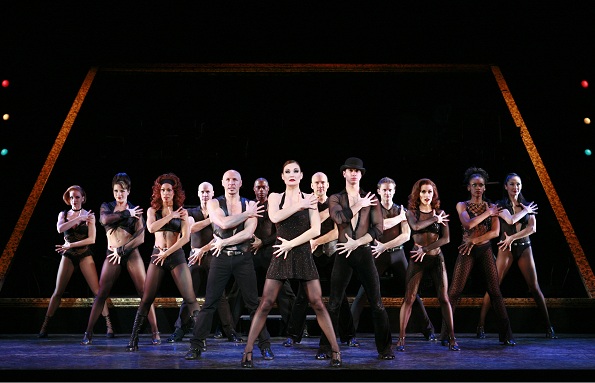 Chicago is a ‘razzle dazzle of a musical’ that does not disappoint. The Gas South Broadway Series brought this classic to Atlanta’s Cobb Energy Performing Arts Centre, from October 4-8.

Tracy Shayne was an engaging Roxie Hart and Terra C. MacLeod shone as Velma Kelly.  These smoking-hot stars whisked me away to the 1920s windy city in their roles as ‘celebrity’ criminals.

Terra C. MacLeod was a star in every sense.  Her stunning Velma Kelly was strong and velvety throughout the evening.  Every shoulder and hip roll embodied the unequivocal Fosse vigor for virtuosity, sultriness, and wry humor.  MacLeod’s dancing prowess was highlighted during the especially challenging closing piece, ‘Hot Honey Rag’. 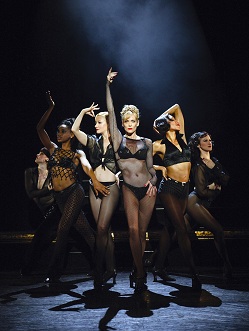 A scene from ‘Chicago’ on Broadway at the Ambassador Theatre. Photo by Paul Kolnik. ChicagoTheMusical.com

Tracy Shayne’s rendition of Roxie Hart was not as precise as others I have seen.  She was formidable in the role but some nuances of movement were cut short and many of the subtleties seemed forced. Shayne is obviously an incredible talent, it’s just that some of the details and performance elements were missing.  However, a particular shining piece for her was ‘We Both Reached for the Gun’, performed with the company and characters Billy (Tony Yazbeck) and Mary Sunshine (D. Micciche).  The piece is as challenging as it is entertaining and played beautifully within this cast.

Fosse’s choice to utilize Vaudevillian style for Chicago makes the show a knock-out every time.  The Cook County ‘Cell Block Tango’ sizzled as Velma and ‘the girls’, all murderesses, provided sexy justification for why the murders they created were no crime.  The lyrics and the character introductions were rich, thanks to expertly crafted balance of comedy and irreverence.  These strong, slinky and outspoken characters require tremendous presence and Rachel Bickerton was a sultry stand out in the ensemble as June.  The sweltering ‘Cell Block Tango’ remains a favorite.

‘Tap Dance’ oozed with synchronized smoke rising from the mens’ cigarettes.  Every decadent step the male ensemble took exuded sensuality and perfectly illustrated Roxie’s big dream of a show ‘with lots of boys’.  The male ensemble showcased talent and good looks and Jasond Thomas was a long-legged highlight as Aaron.

‘Razzle Dazzle’, led by the aptly cast Tony Yazbeck as Billy Flynn, thrilled with its visual and vocal ‘three ring circus’.  This piece had it all: a stunning ensemble, spectacular lighting, and vaudeville tactics at every turn.  Lenny Daniel provided meticulous technical folly as The Jury and D. Micciche’s depiction of tabloid columnist Mary Sunshine was marvelous.

Amos Hart, played by Ron Orbachhis, delivered white-gloved precision with his delivery of the intricately gestured ‘Mr. Cellophane’. Every motion was intentional, pure, and beautifully accented.   Orbachhis’ understated exactness alongside his believable earnestness lands him high accolades as one of the most superb performances of the evening.  He delivered a truly surprisingly stand-out performance.

Chicago provides all the intrepid qualities of Fosse’s work.  The show promotes itself as ‘funny, smart, cynical and sexy’ and accomplishes all that while also being sublimely entertaining.  The themes of corruption, lust, and greed found in Chicago are timeless and much of the story is told through the dancing.  Chicago is phenomenal fun and a show you don’t want to miss.