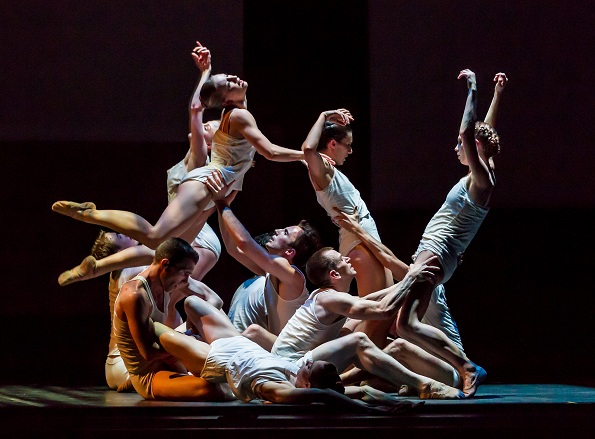 Ballet Austin is facilitating an international conversation about social justice as a result of Artistic Director Stephen Mills’ work Light/The Holocaust & Humanity Project.  “It’s the human aspect of it.  We’re not trying to do a show.  There is a performance aspect”, says Mills, “but it’s bigger than us and that’s what makes it special.”

Light/The Holocaust and Humanity is a full length contemporary ballet conceived and choreographed by Mills, and includes Holocaust education and human rights community partnership through arts, education, and public dialogue. The project is currently convening (August 4 – November 4, 2012) in the Adrienne Arscht Center of South Florida’s Miami-Dade County.  The work premiered in 2005 and was restaged by the Pittsburgh Ballet Theatre in 2009.  The project returned to Austin in 2012 with nearly 50 community partners.  The work will tour to three cities across Israel, from September 18 – October 2, 2013 with performance dates in Western Galilee, Tel-Aviv and Jerusalem. 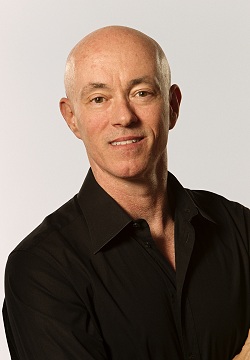 When asked what inspired Mills to create the project he responds, “It’s not my story to tell, and yet I was engaged to do so.  The idea that I might reinscribe the indescribable pain for a Holocaust survivor was really hard for me.  The best of intentions are not enough.  I educated myself as much as I could and then I narrowed that into a story which I could realistically tell.  You are telling a story that is so profound.  You are holding a mirror up for people to reflect upon their own experiences; art is important in that way.  You are not specifically telling people where they are wrong, but you engaging them to ask their own questions about themselves.  This is a moral question.  When people look at this dance, yes, it’s deeply sad but there’s also a moral question embedded in it.  What are we doing today when confronted with acts of bigotry and hate?  What are we doing?  It’s obvious what people were doing in the 1940s – little to nothing.  That art can be a catalyst for conversation is wonderful.”  Mills has interviewed “a couple of dozen Holocaust survivors” during the creation of this project.  “The last thing they want is pity.  They tell you their story so you will go do something; that it will affect some change within you and for you to have to think about things in a deeper way.  It’s painful for them to do it, but they do it as a gift.”

The story told through the ballet is inspired by the journey of one survivor. Mills explains, “the dancers are not just telling a story.  They have, in fact become witnesses.  We feel a great responsibility to tell the story from our perspective.  We tell Naomi’s story, we do not tell the story of The Holocaust because that’s impossible.  We tell Naomi’s story as she went through the Holocaust.  Social justice is an issue that is very important to me.  I use my personal time to further causes and to have the opportunity to use my craft and my company to do that as well is very important to me.  It has become a cause of the dancers as well, and they take it very seriously. I’m very proud of them for that.”

Light/The Holocaust and Humanity Project is, in fact, a project.  In addition to the full-length contemporary ballet, the Project includes Holocaust education and a human rights community partnership through arts, education and public dialogue.  Communities in which the work has been produced have rallied around the Project. The work has gained an endorsement from the Anti-Defamation League (ADL), two Texas governors, (Richards and Perry) and has been incorporated into school curriculums and the ADL’s ‘No Place for Hate’ program.  “When people heard what we were doing, they’d call up and ask how they could help. People instinctively want to be part of a solution.  Positive energy conducts and generates positive energy and people are interested in helping.  It became much larger than I ever expected and I think it has to do with the human aspect of it.”

Mills concludes by sharing his wish for Light/The Holocaust & Humanity Project.  He states, “I wish every community in the country could have the conversation, and not for me, for them.  It becomes a powerful conversation that’s bigger than art and has the potential to bring communities together in a very unusual way.  It gets to the issue of being human very rapidly. It is more than a dance, it’s a call to action.”

For more information about Light/The Holocaust & Humanity Project, including information on how to bring the project to your community, visit www.balletaustin.org/light