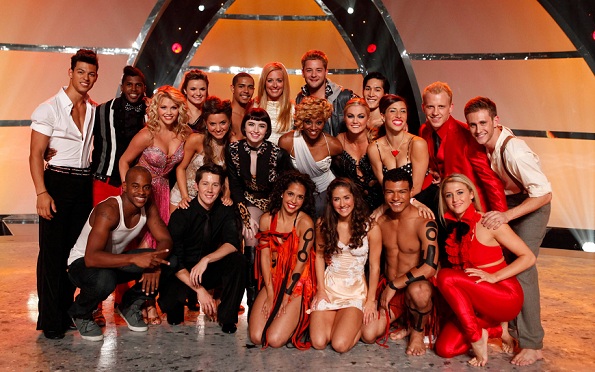 What do they have to say about the new So You Think You Can Dance format this season, and what are their plans for the future?

What do you think of the new format this season? 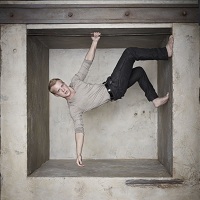 Daniel
I kind of like it.  It’s a shame I didn’t get the chance to dance for my life, but it seems like the judges already had their minds made up. It’s one less chance that America gets to see you dance, but I like the fast pace of it.  I don’t know if it felt too rushed, because I wasn’t watching it at home.  But I wonder what America thought of the new format?  I’ve read some really negative comments about it and I’ve read some positive comments about it.

Janaya
I kind of like the new format.  We didn’t get to experience the old format, so there’s not really much that we can compare it to. But from what we got to experience, we were together as the top 20 longer than any other season, which was really nice.

Nick
This format was very nice to us dancers, because we were able to perform so many more times, more than once, more than twice.   We were on that stage a lot.  So I really enjoyed it. 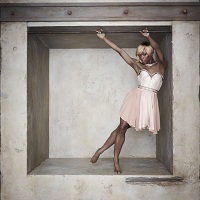 Amber
It feels a little rough, but I mean, I don’t mind the new format, because you still get to dance on elimination day.  Normally you don’t get that.  So I’m okay with it.

Brandon
I think the only disadvantage is America doesn’t have the opportunity to vote for that routine that you danced that night, as opposed to the previous years, but at the same time you still have the opportunity to perform that routine and possibly change the judges’ minds if you are in the bottom three.  It’s a show, it’s a competition and regardless of the rules, you still have to go on, dance and prove to America and the judges why you’re there. I have no bad feelings towards the new format at all.

Who was your favorite choreographer to work with?

Daniel
My all-time favorite is Mia Michaels. We got to do her group routine, and she told me she wanted to work with me outside of the show. 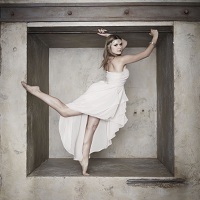 Janaya
I worked with Stacey Tookey and Travis Wall and they were two of my favorites that I wanted to work with. NappyTabs was amazing.  So was Sean Cheesman.  So I’m very pleased with everyone I got to work with.  I would have loved to work with Jason Gilkison because all of his dances are so much fun.  When we did Vegas week, he made learning ballroom a little bit easier.  I think I would have loved to do a duet with Sonya Tayeh rather than a group number, but I still love her and that was amazing.

Nick
The Argentinean Tango with Leonardo and Miriam was my favorite number.   That whole process was such a dream.  They were both so lovely to work with and every time we danced, they just had good things to say about us and it was so much fun. For the group choreography I loved the Christopher Scott routine.  I had never worked with him before, coming from a ballroom background, and he’s so cool and so chilled.  He’s like a normal guy, but he’s a genius.

Amber
I loved Ray Leeper.  We had a chance to work with him this week. I also loved Miriam and Leonardo.  I think they were my favorite, actually.  They were so nice and they took me in and were so nurturing and positive. They just taught me so much in that week’s time and I just loved working with them. 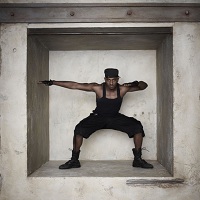 Brandon
That’s a hard one for me, but I think I’ll have to say Ray Leeper.  That jazz routine that we did last night was definitely my favorite and I think the highlight for me.  Ray is amazing.  He’s very nice and he allows you to just be yourself and have fun.  He’s very encouraging and it was great to work with him.

What are your plans for the future now that your time on the show is over?

Daniel
I’m just exploring the commercial dance world and hoping to get an agent and go on auditions.  I have a job or two lined up in the future and I am also choreographing for the New York Choreographic Institute, which is part of the New York City Ballet, coming up this year.  I’m excited about that.  Then I just want to see where all that takes me. I didn’t quit San Francisco Ballet to audition for this show – that was embellished.  I just left to explore the commercial dance world and I thought the show would be good exposure and a chance to try and break into that.   So one day, I will go back to ballet, but right now, I’m just exploring different things.

Janaya
I just hope that this experience is going to help me.  I was already out in L.A. trying to audition for jobs, so I hope that networking with the people I got to work with on the show will help. I never would have had the chance to work with such people in such an intimate setting if it weren’t for this opportunity.  From here on out I just hope I have more opportunities to work with them and to work with more people.  I’m going to go back to what I was doing, because I’m still going to dance – nothing about this changed my mind about that.  If anything, it kind of lit a fire underneath me to realize that this is exactly what I want to do.  I’m excited to get back into things and see where my career goes. 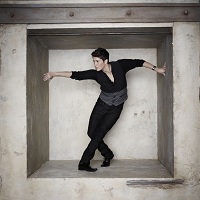 Nick
Before the show I was going to school, studying business management and ballroom dance.  So I am definitely going to keep auditioning and since I’ve worked with Jason Gilkison so much, I’d love to work with him on Burn the Floor. Definitely more ballroom. Burn the Floor, maybe, or Dancing with the Stars as a pro –  but that’s later in the future.  I’m definitely going to keep training, but I’m also going to work with my business management to try to start in production as well.  Now that I’m a dancer and I’m learning the other side of it, I can have the best of both worlds and know what people need to put on a good show.

Amber
I’m planning to move to New York and start my career, whether it’s Broadway or commercials.  I just want to start somewhere fresh and just work.

Brandon
I have a movie out; Step Up Revolution, so I’ll be enjoying that.  I’m pretty sure I’ll be doing some promotional things for that, and then I think the next push for me will be acting.  That’s another passion of mine.  I’ve been taking classes for the past year now and it’s been going pretty well.

Catch So You Think You Can Dance Season 9’s remaining 14 dancers when the show resumes airing after the break for the Olympics on Wednesday August 15 on Fox.