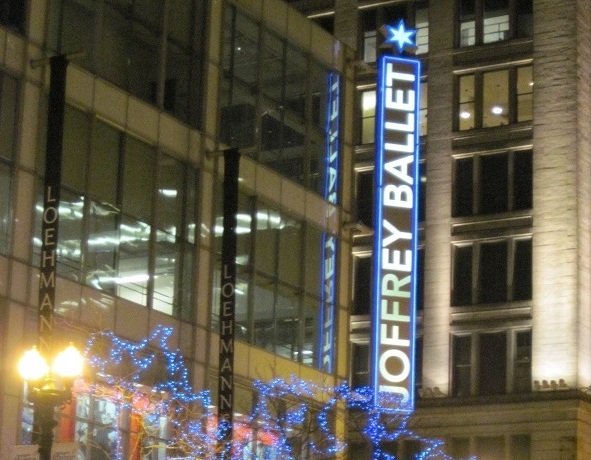 As if things weren’t hard enough for performers in the US already, with short contracts, job cuts, and a tough economy, Joffrey Ballet dancers were engaged in a war with American Guild of Musical Artists (AGMA) over contract negotiations during July.  The company was told by letter “All dancers and other AGMA-represented employees must immediately remove their personal possessions from the Joffrey tower.  Please turn in your key passes”, effectively locking out the company.  Shortly after the letter was sent out, Joffrey Ballet’s website removed listings of the company’s dancers and the first part of the 2011-2012 season was cancelled.

The letter also stated “Without any agreement with your Union, we simply cannot consider going forward with our season under the cloud of a lingering threat that, at any time, they could shut it down with a strike”.  The Joffrey Ballet was seeking an increase of rehearsal time from five to six hours a day, raising the work week from 25 to 30 hours with a subsequent pay increase to bring the company in line with all other major dance companies.  A 30-hour rehearsal week is the minimum amount that most professional companies offer, and the current 25-hour week hinders the Joffrey in attracting choreographers and dancers. Negotiations between the company and AGMA commenced after the Joffrey’s three-year contract with the Guild expired at the start of July.  AGMA stated that the proposed pay increase of 3 percent a year for five years was not commensurate with the extra hours. That amount is actually less than what dancers were receiving under the previous contract which included a 5 percent a year salary increase.  The Joffrey Ballet already has higher wages than many other AGMA companies, and its motivation for the weekly work increase “is to attract world-class choreographers for the dancers and audiences”, according to Christopher Clinton Conway, Joffrey Ballet’s Executive Director.

However, AGMA National Executive Director Alan S. Gordon suggested the Joffrey Ballet’s lockout was a bluff created in order to garner media attention and leverage against AGMA.  The reality is, Joffrey Ballet was forced to take the drastic measure of enforcing a lockout and performance cancellation in order to protect the company’s dancers and ensure the longevity of the company.  Conway said that AGMA were simply refusing to return calls and arrange dates to discuss negotiations and this wasn’t a case of dancers or the company making outrageous demands that were not being met by the Guild.

We are seeing a plethora of lockouts nationwide amongst government employees, teachers, and professional sports leagues due to salary disputes and working conditions.  Certainly, times are tough in many respects, but by enforcing a lockout, the Joffrey Ballet sought to protect its dancers and demand better conditions.  It was a move that paid off.  Late July, AGMA and Joffrey Ballet reached an agreement on a new five year contract for its dancers with a minimum 10 percent pay rise over the length of the contract, with a gradual phasing in of 30 hour rehearsal weeks, while keeping the dancers’ family health insurance rates.

All 2011-2012 season shows will go ahead as scheduled and the dancers have return to rehearsals as planned.