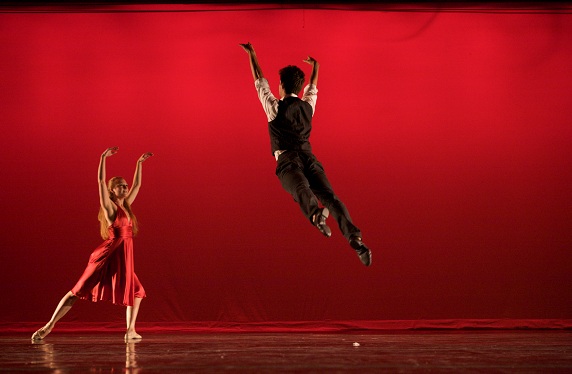 Young with Much to Say.

I had a feeling that I would leave inspired after watching the second annual Young Choreographer’s Festival at New York’s Symphony Space. That instinct was quite accurate. The evening’s production featured works by dozens of young choreographers with over a hundred dancers. Guest artists (more established choreographers and/or companies) speckled the program as well, although their presence became less a necessity as the young works easily stood on their own.

Emily Bufferd, the festival producer and an emerging choreographer herself, did an outstanding job of collecting the talent for this showcase of young voices. The evening centered mainly around contemporary dance. This genre gave the young artists freedom to explore the capacities of their art and themselves. 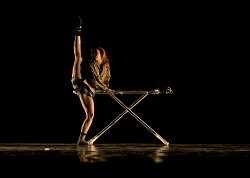 Flexicurve at The Young Choreographer's Festival. Photo by Jaqi Medlock

I was impressed by the maturity demonstrated by the young choreographers – from the range of music chosen (many classical compositions, indie artists and even spoken word arrangements) to their subject matter. There almost seemed to be a recurring theme throughout the program. Whether underlined or not, many of the young voices spoke of a sense of community and, oftentimes, the struggle of walking away from the crowd, mostly in the name of finding oneself. Such is often the life of the artist. An underlying passion drives the artist away from society’s standards, and it is this quest that makes him/her grow. This is the stage where many of these young choreographers are now – bravely en route to fulfill their inner desires.

There were several highlights of the evening. Gary Schaufeld’s Over Spilt Milk had both a sound structure and an oddly pleasing movement vocabulary. Troy Herring’s Werewolf had some of the most incredibly passionate partnering I’ve ever seen. Arielle Petruzzella’s We Sink (We Float), although sometimes too busy, was thought-provoking and beautiful.  Embrace/Break, choreographed by Nina Stoller-Lindsey, contained the element of stillness that is often overlooked and brought the audience back to the sense of community, of sometimes needing to depend on others.

Although I do appreciate deep and thought-provoking works, the night could have used a couple more elements of humor. Sometimes the audience needs a lighter moment, especially in a long evening of many dances.  Aside from a few minor sound glitches and a rather lengthy program, this year’s Young Choreographer’s Festival was a pleasure.

I’m looking forward to next year’s batch of choreographers and to following this year’s young artists as they find their place in the dance world.