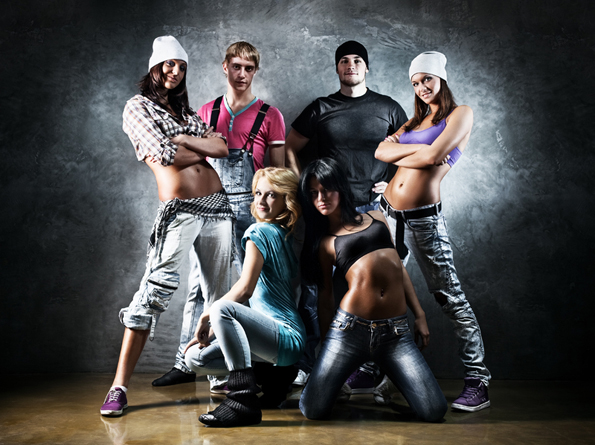 Do you have a question relating to your dance career?

Leading dance agents Aris Golemi of Xcel Talent Agency and Jim Keith of The Movement are sharing their time with Dance Informa readers to answer your questions. So what would you like to know?

How can an agent help me?
I attend Open Call auditions as regularly as I can,
but I am not having much success. 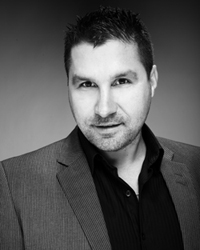 Aris Golemi, Xcel Talent Agency
An agent can be essential in advancing the professional career of a dancer. Agents provide opportunities with casting calls, and after booking a job they protect you and your best interests by negotiating the right contracts, issuing invoices and making sure you get paid on time. They will solve any disputes you might have while on the job, and look after you from the moment you book the job until you get compensated. A good agent will not only guide you in the right direction, but also find ways to inspire and motivate you to be your best.

Open calls can be cattle calls, done mostly for publicity buzz. When you have so many dancers attending open calls, it’s easy to be overlooked. Many casting directors do not hold open calls very often. They rely solely on working with agents because they understand that that’s where the talent is. It saves them time and money.
So having a good agent in this profession is a must.

Jim Keith, The Movement / A Dance Management Company
In Hollywood, agents act as the middlemen between the actors and the studios or the ‘people’ who actually hire you for the job you’re auditioning for. A while back it was the studios that had the power/control over the performers. The studios would discover and groom their own performers without the need for agencies. Talent agents came into existence because performers had financial and legal disputes with the studios and they needed representation. Today, even though the major studios are still a dominant force in the industry, talent agents hold the power as the studios must go through them to hire the performers.

Agents get information about auditions for roles, either directly from casting directors and producers or from an insiders-only internet service called “breakdowns”. These are available only to agents and managers. For each role, a casting director will receive hundreds to thousands of resumes and head-shots, from which they narrow the field. There are so many performers trying for so few roles that talent agents act as the first step in the ‘weeding-out’ process. In this field, where the supply greatly exceeds the demand, just getting an audition is quite an accomplishment. And to get the audition, you need an agent.

What sort of photos should I include in my portfolio?

Jim Keith
First, you should decide where you want to work, as styles in head-shots vary. If you plan to work out of Los Angeles, you want an L.A. photographer to do your head-shot. If you’re a devoted New Yorker, have the head-shots done there. Getting a photographer is a lot easier than getting an agent. Look through books, magazines or websites to see the photographer’s best work, and get referrals from fellow performers or your agent. Plan to spend anywhere from $300-$750 on two or three 8″ X 10″ headshots. You will probably need to have at least two headshots taken – a commercial shot, which generally is more ‘smiley’, and another photo geared towards the type of work you’d like to do. Also consider doing a body shot or one that shows off your level of physical fitness. This can be an asset in the pre-casting process.

Aris Golemi
Your portfolio should reflect who you are. Finding your personality in the photos is more important than the number of photos or the looks you include in your portfolio.

Are there any dance specific unions?

Jim Keith
Unfortunately, no. There is no single governing body that strictly handles dancers. There are certain unions that will ‘cover’ dancers on specific jobs such as on a TV program, certain commercials and most feature films. There is no union jurisdiction, however, for music videos, live stage tours, industrials or print jobs.

Aris Golemi
The closest thing we have to a dance union is Dancers Alliance. I would encourage everybody to look them up and support their cause. They fight our fight for better rates, and they need your support so we can secure a better future for our dance community. www.dancersalliance.org

Should I join a union?

Aris Golemi
It really depends on your region. I would encourage dancers living in California and New York to join a union, but I wouldn’t advise the talent living in Georgia and Tennessee to do the same. The last two states are right to work states. In these states you could work a union job without joining the union, and still be treated and compensated the same as a union member. Being in a union will work against the dancers in these states, because they will be limited to union work only. Don’t get me wrong though. I am a huge fan of unions, but it’s really hard to advise somebody to join an organization when they lose the opportunity of competing for 70% of the jobs that come to their states.

Jim Keith
Whether or not it is the right time for you to join a union is a conversation that is best had between you and your agent/manager, because each performer’s situation is different and there is no one answer that will be right for everyone. You are not even allowed to audition for some jobs unless you are in a union. Union jobs are more desirable, to a certain extent, because the performer’s pay scale, amenities and rights are usually already agreed upon before the performer is even hired.

Do you have a question? Email info@danceinforma.com with subject: ‘Ask An Agent’
We will share your questions with our team of experts and give you the best advice in the biz.

Jim Keith of The Movement / A Dance Management Company
Born and raised in Los Angeles, Jim is a true Hollywood kid. He has worked in Los Angeles as a performer (actor and dancer), choreographer, educator and talent representative for over a decade. In 2004 Jim was hired by DDO Artists Agency and was quickly appointed Director of their dance and choreography departments. He soon began to mould the departments into major players in the dance representation field. Jim was responsible for placing dance and choreography talent in all facets of the entertainment industry including Film, TV, Commercials, Music Videos, Live Stage Tours and Industrials of various kinds.

The Movement / A Dance Management Company
The Movement is a dance management company committed to representing dancers, choreographers and dance educators by providing them with exceptional service, personalized attention, career guidance and industry connections that will create long term success for their current and future goals. www.MovementMGMT.com

Aris Golemi of Xcel Talent Agency
Aris Golemi has gained tremendous recognition internationally for his outstanding achievements in dance and choreography. He began his choreographic career at Academy of Fine Arts in Tirana, Albania and holds a Bachelor Degree in Choreography. His dancing and choreographic career includes music videos, commercials, TV Specials, movies, tours, fashion shows and live performances for some of the biggest musical acts in US and abroad. In 2006, Tirana Observer listed Golemi as one of the ’50 most successful Albanians’ in the world. In February 2010, Aris Golemi was selected as a Celebrity Judge for ‘Sprite Step Off’, a new television show on MTV 2.