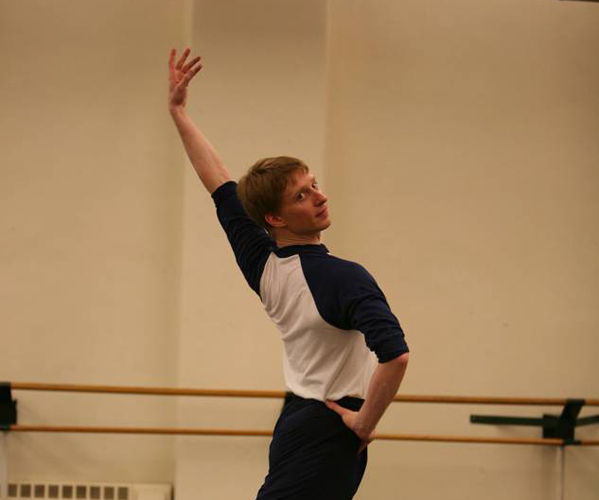 One of the world’s most acclaimed dancers has been appointed Artistic Director of the Royal New Zealand Ballet.

Ethan Stiefel – currently a Principal Dancer with American Ballet Theatre (ABT) and Dean of The School of Dance at the University of North Carolina School of Arts – will take up the position next year.

‘This is a huge coup for the RNZB,” said RNZB General Manager Amanda Skoog. “Ethan is one of the most talented dancers currently performing in the world, but on top of that, he’s a fantastic teacher and I have no doubt he will not only be an inspiring mentor but he will lead the RNZB to a new level of recognition and excellence.”

Stiefel, who is currently based in New York City and Winston-Salem, North Carolina, said he is looking forward to building on the RNZB’s excellent reputation while at the same time “seeking to be a fresh, innovative and inspiring leader for the RNZB“.

Born in Pennsylvania, Stiefel has a close affinity with New Zealand – his grandmother was born and raised in Christchurch and he has relatives in Invercargill and Manapouri.

Stiefel, whose dance repertoire features an extensive list of lead roles in both classical and contemporary ballet, began his dance training at the age of eight in Madison, Wisconsin. His early teachers included Paul Sutherland and Ted Kivitt. He continued his studies at Marcia Dale Weary’s Central Pennsylvania Youth Ballet. He was awarded a full scholarship at the School of American Ballet, where he studied under Stanley Williams and then studied with Mikhail Baryshnikov at his School of Classical Ballet. Stiefel began his performing career at age 16 with the New York City Ballet where he quickly rose to the rank of Principal Dancer. He was also a Principal Dancer with the Zürich Ballet and joined American Ballet Theatre as a Principal Dancer in 1997.

During his career, Stiefel has performed as guest dancer for some of the most renowned companies in the world including The Kirov Ballet, The Royal Ballet, The Australian Ballet and the New York City Ballet.

The 37 year old – who starred in the hit movies Center Stage (directed by Nicholas Hytner) and Center Stage 2, Turn it Up, will begin his role with the RNZB on 1 September after taking care of his existing commitments with ABT and the School he directs.

Stiefel said he and partner in life Gillian Murphy, also a Principal Dancer with American Ballet Theatre, were looking forward to the new adventures his appointment would bring.

Stiefel was appointed after an extensive international recruitment process. “The calibre of applicants from both New Zealand and overseas was extremely high,” said RNZB Board Chair, Anne Blackburn. “Ethan shone through in all areas, impressing the interview panel with his vision for the RNZB and his commitment to the art of ballet.”

Both his background as a dancer and his experience as Dean of Dance at the University of North Carolina School of Arts made him the ideal choice, Blackburn said.

“This is a very exciting time for the RNZB. Ethan has an outstanding reputation internationally and we are ecstatic he has accepted the position of Artistic Director.”

Watch Ethan Stiefel in one of his famous scenes from Center Stage!