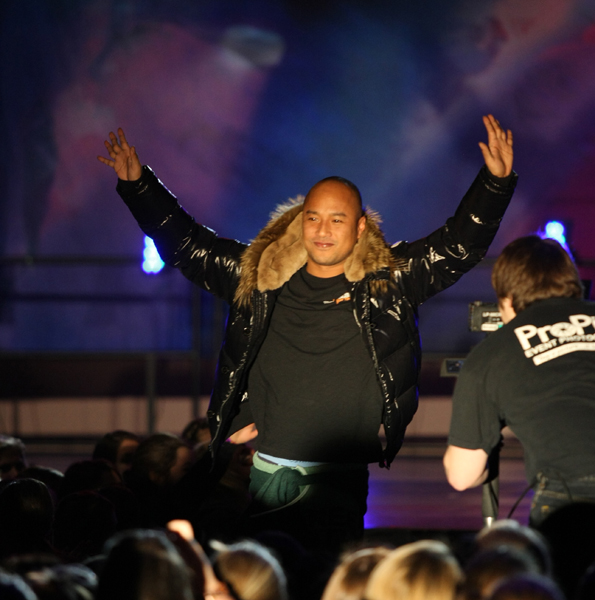 Working with Janet Jackson for fourteen years, Gil Duldulao has received widespread acclaim as both a choreographer and a performer.  He has danced for countless music videos for Jackson, as well as Christina Aguilera, Tina Turner, Britney Spears and Jennifer Lopez, and enjoyed performing and creating for many world tours.

Amongst his busy schedule, Gil takes time to teach at The Pulse, a powerful weekend dance event that tours the US, featuring renowned instructors and choreographers. On a break from teaching, Gil enjoyed a chat with Dance Informa’s Deborah Searle

What is your dance background and training?
My uncle brought me to a dance class. I actually started with hip hop and then I felt that it was time for me to train somewhere else. I went to two or three other studios that just did ballet and jazz. I fell in love with that, but hip hop is always my first love. Then I went to Edge scholarship (Edge Performing Arts Center, LA) for a year. The training there was 40 classes a week, 10 hours a day, with two ballet classes a day, everyday. So I consider myself trained in all styles.

What was your big break?
My big break was my first job. Prince had a huge video and there were fifty dancers. That was my first time working with Jamie King and Tina Landon. That’s when I got my name out there. Then I auditioned for Janet when I was seventeen and I got the tour, just off my scholarship. That was a great moment. I couldn’t believe it!

Tell us about working for Janet Jackson?
She’s just a normal, hardworking human being and all the dancers and everyone around her like to work hard because of that. She doesn’t like to sit down, she’s full-on, eight hours a day and always trying to perfect it. That goes with being a Janet Jackson dancer. We’re all pretty much trained to try and go overboard with perfection, but she creates a great environment, so we‘re happy people. 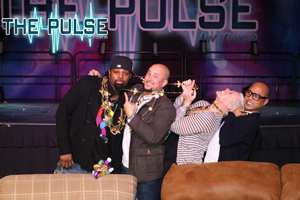 Is she really hands on with the choreography?
Back in the day she wasn’t, but she’s always looking at the dancers and correcting them herself. She’s really good with that.  There used to be so much freedom and then, a couple of albums ago she worked with producer Jermaine (Dupri) to create a more urban feel. It became more stylized in a way and we had to make our own of what’s current with the urban world. But now she’s going back to her roots, so there’s more freedom for me and it’s nice because I feel like that’s where she belongs. It’s sort of like full circle and I’m so happy to get back to what we were before.

What would be your favourite tour?
I would have to say Rock With You, because it was all me. The next one’s going to be all me too. I like the creating, directing part, with everything hands on. I like being in charge and I liked being hands on with lighting, the musical director, the stage, the costumes, and the hair and makeup. That’s what I live to do. As much as it was crazy, I loved every minute of it.

When auditioning dancers what do you look for?
Obviously performers and a unique look that is interesting. I look for a versatile dancer because with a catalogue like Janet’s, people come to see a concert and they want to see original choreography. I like the versatile dancers that go and take class and train in so many different styles and can do everything instead of one thing. Versatility is great.

Do you run many open auditions or is it usually through agents?
I used to have open auditions, but the last one was so hectic. There were 3000 people from all over the world there. It became such a mess and I didn’t expect it. I care about the dancers too, and there were big lines and it was cold outside.

But now with all the years, we kind of know which dancers we love because we keep them around. Sometimes there’s an itch for us to look for something new, so we talk with other choreographers. We always talk. It’s just a small world in that sense. But I do like to have open calls here and there, to see what’s out there.

What advice would you give to dancers who want to make it in commercial dance?
Dancers, take your craft seriously! Even if you think you’re that good and you feel like you can just show up and not warm up, you’re never that good. Come on! There’s always something to learn and we need to get back to that.

What other dreams would you like to achieve?
I’d love to do more tours. I’d love to do a Vegas show. I’d love to do films. I’d actually love to develop TV shows and I’ve been in talks with stations. I’d like to be behind the scenes. Everything that I want to do, accentuates what I do anyway, which is create choreography.